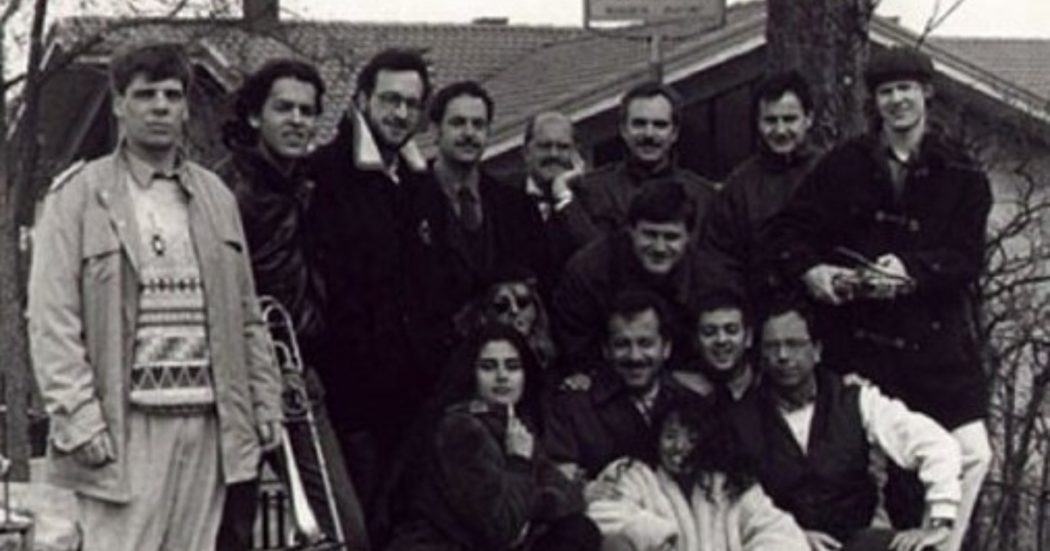 The former minister and former governor of the Lombardy region disappeared at the age of 67, stricken with an incurable disease. Life dedicated to politics and music in the name of Padania and R&B

“Today our expensive Bobo he left us. To those who asked him how he felt, even in the last moments of his life, he always answered “good.” You were so Bobo, incurable optimistic. You were a wonderful husband, father and friend.” This post was posted on my profile this morning Robert Maroni, who died at night at the end of a long illness that accompanied him for the last two years. The farewell message then ends with a quote from Emily Dickinson: “Whoever is loved does not know death, because love is immortality, or rather, the divine substance.“. He is 67 years old and is survived by his wife and three children.

For a long political career in which he was twice Minister of the Interior (in the first Berlusconi government and then in the last Berlusconi government), Minister of Labor (in the II and III Berlusconi governments) and Governor Lombardy from 2013 to 2018. Historic number two Umberto Bossi and the critical soul of the League, between 2012 and 2013 he led the party towards a new era, interpreting the will of the foundation Carroccio in one of the toughest moments in the Northern League. He never stopped expressing his personal point of view, openly criticizing the populist line Salvini who decided to take the party to a different track, very far from the original. After the end of the legislature, he chose not to reapply for leadership of the region, passing the baton to another Varese, Attilio Fontana. Just over a year ago, he took pole position as the League’s candidate for mayor. Varesecandidacy, which was also rejected due to the progress disease.

His political commitment, though occupying a secluded place, never ceased, even in recent times, when he continued to write from the columns of the newspaper. Paper his address book leaf barbarians (after election strike it has been revived in recent policies, hence the need for a “new course, starting with the secretary”). The column heading followed the heading dreamy barbariansa current that belonged to him and led to the famous night of blizzards in Bergamo, with which the party left Bossian’s magic circle in search of a new identity.

Passion for politics comes very early. From young lives in the environment proletarian democracy in Varese, where he attended a classical high school Cairoli (then he will study law in Milan). In the late 70s he knows Umberto Bossi and amazed by his ideas. Since then, he has thrown himself body and soul into the pursuit of the dream of the Po Valley: from the first rallies in front of an almost deserted audience to a growing enthusiasm for an autonomist ideal that is difficult to understand outside Prealps. In 1985 he was elected to the Municipal Council of Varese from League Pawnshop. These are the years of graffiti, spray paint militancy and late-night conversations. Years of rally achieved on motorbike rantings of the dormant inhabitants of the north against the “thieves’ Rome”. In 1989, he participated in the creation of the League of the North, and three years later, in 1992, he was elected a deputy for the first time.

Among the well-known episodes of his militancy of the Northern League is the raid on Carroccio’s headquarters, which cost him a complaint (and then condemnation) for resisting an official. It was September 18, 1996the police ordered a search of the headquarters via Bellerio as part of the Green Shirts investigation. A group of persistent members of the Northern League intended to prevent the access of agents. Among them, in fact, Roberto Maroni, who in the heat of the moment bit Taurus agent Digos. For him and for other main characters of the story (Mario BorgezioRoberto Calderoli David Caparini and Piergiorgio Martinelli, as well as Umberto Bossi himself) were sentenced to 8 months in prison, and then reduced on appeal to 4 months and 20 days for contempt and resistance to a public official. 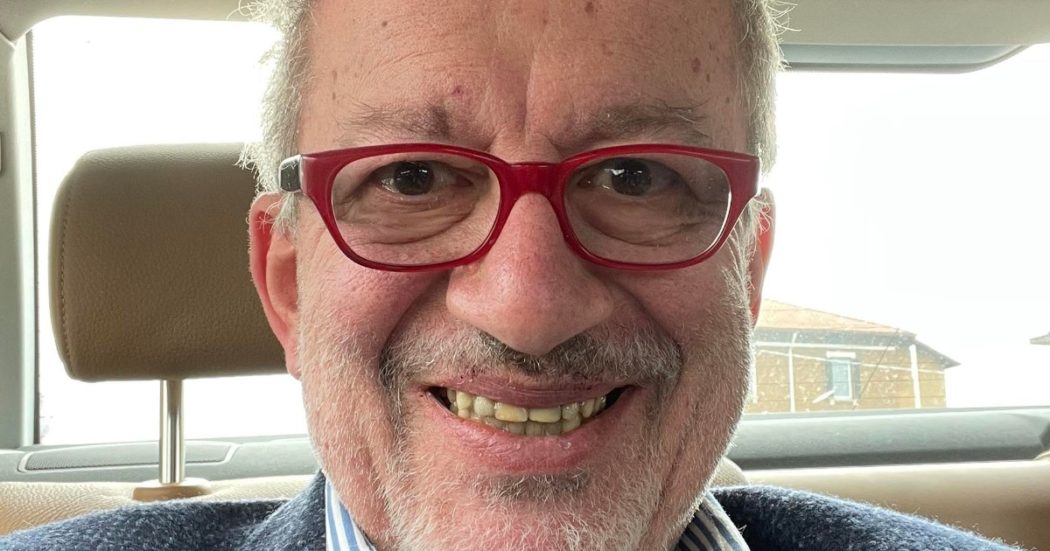 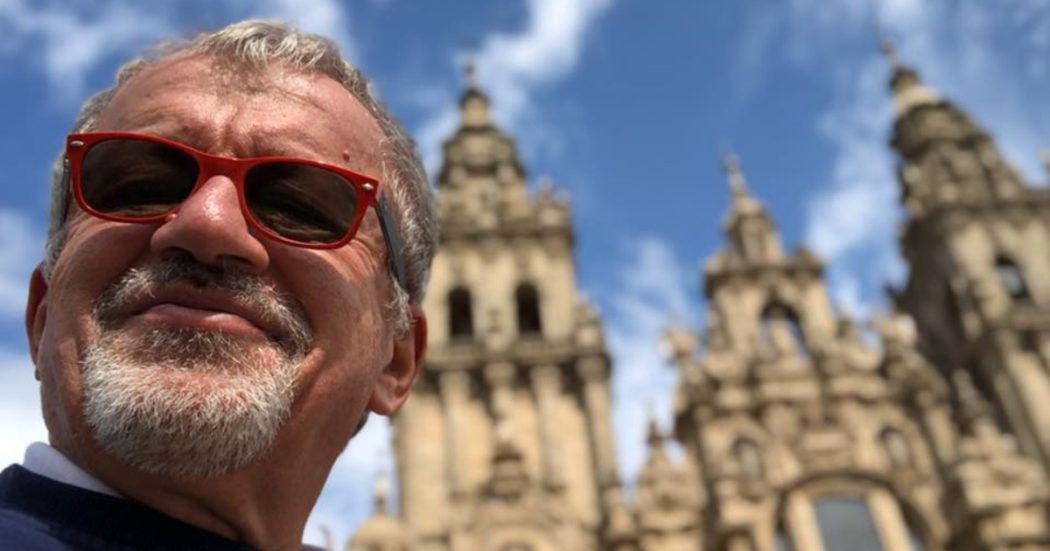 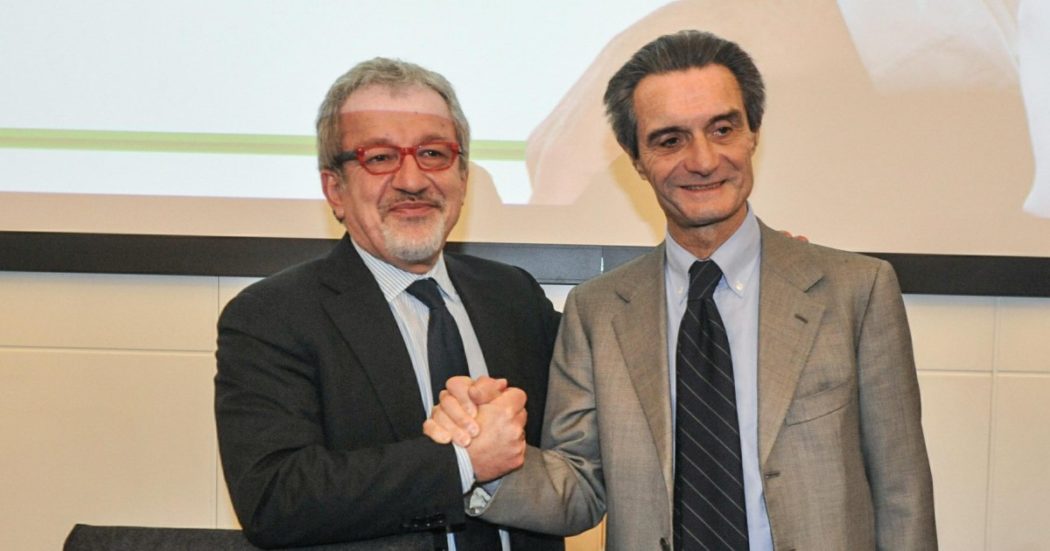 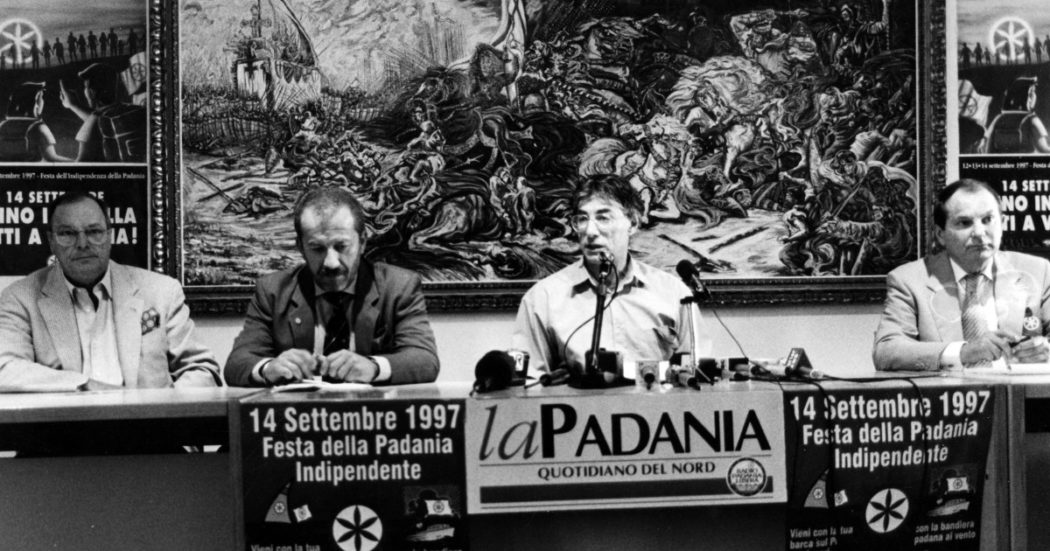 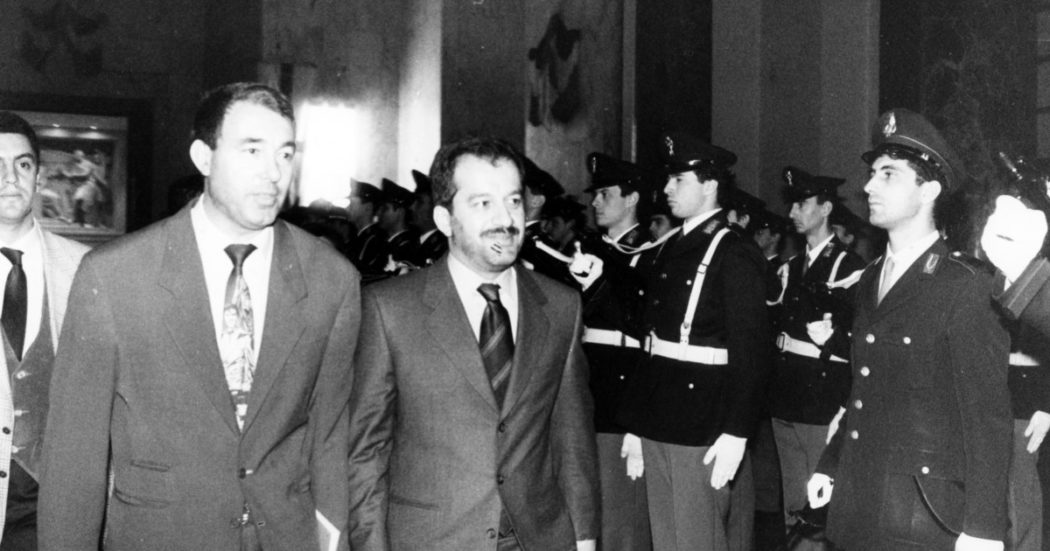 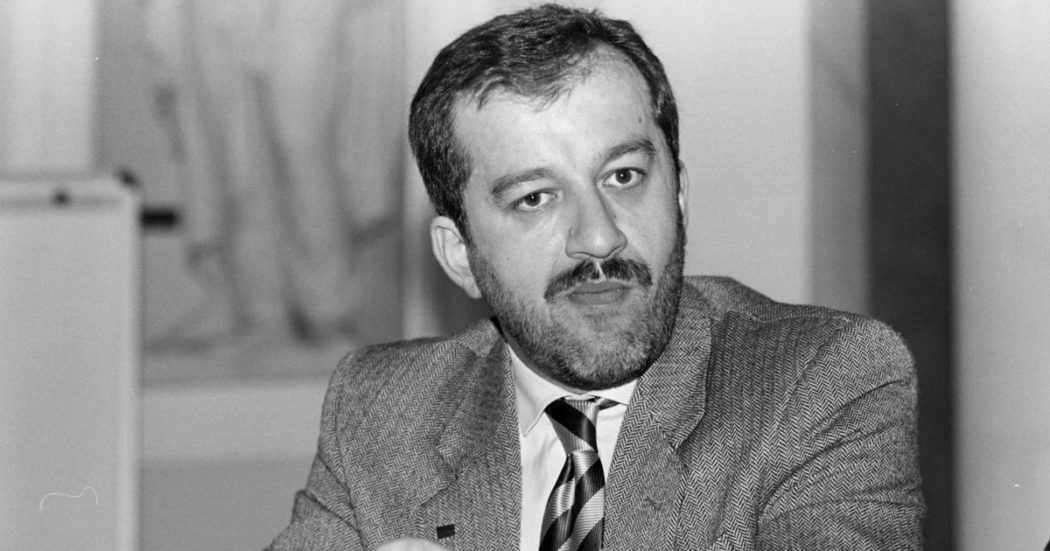 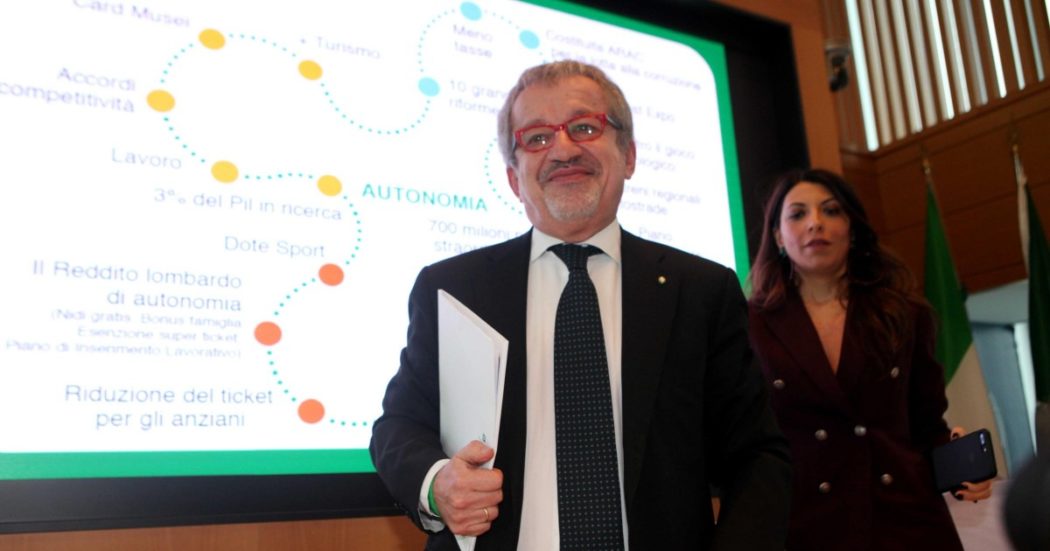 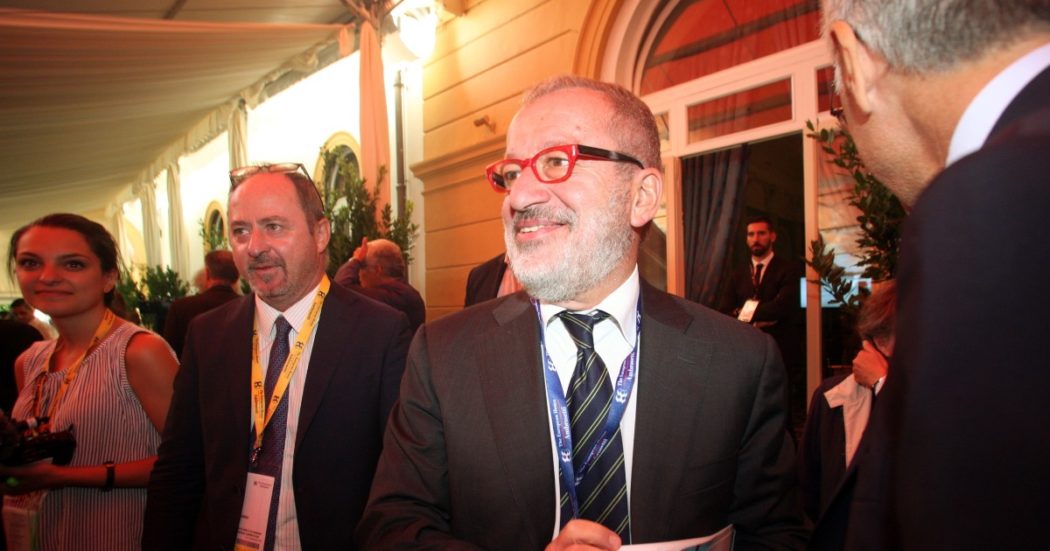 But this was not the only thing for politics passion Bobo Maroni. For many years he has been one of the pillars District 51Group rhythm and bluesfor which he played the Hammond organ. Youthful passion, endured over the years with constancy. Even when political activity took over, he never refused to participate in events. charity with your friends for life. And it was this strong connection that cost him a lot of criticism during his election as president of the Lombardy region. In fact, many members of the group public assignments (or promotion) in healthcare Lombardy: Giovanni “Johnny” Daverio as CEO Asl Varese he became “head of the family council”. Giuseppe “Gege” Rossi became the head of the hospital. To praise As well as Simone paudixvocalist of the group, became an experienced administrative assistant in the hospital. Treviglio. The accusations were always denied by the sender, countering that they were professionals with proven experience, not friends.

Among the messages of condolence were those who shared part of the political life with him: “Now I can’t find words to express my pain in connection with the loss of Roberto Maroni,” writes Robert Calderoli -. I cannot find the right words to greet a friend, a comrade in the thirty years of political battle that has changed and defined our lives, a comrade in a thousand moments together, in very long days in via Bellerioin the office of Umberto Bossi, at the parties of the League, and then for decades in Parliament, etc. Government. With him goes part of my life, my history, my last thirty years. I am speechless and I also think about fate, my battle that I fought for ten years against cancer, the battle that I won and his battle that, unfortunately, cannot be won, and many reflections open, many questions without answers. I think of many things, I think of Bobo. I pray for him, hugging all his family in this terrible moment of pain.
“A great man before,” he wrote Julius Gallera – than a great politician, an unanimously appreciated statesman and an excellent president of the Lombardy region. With Roberto, I shared an extraordinary experience in government Lombardy. I learned a lot from him, above all that those with public responsibilities should never lose sight of the goal and always keep the bar straight, should be able to make decisions and have the common good as their only beacon, improving the quality of life . their fellow citizens. Thus, Roberto has always cultivated human relations with his employees. Thank you for everything Roberto, you will always be in my heart and I will cherish your teachings, your lifestyle, politics and institutional commitment.” Post on League Facebook page Salvini: “Great Secretary, Super Minister, excellent Governor, always and forever a supporter of the Northern League. Tailwind Roberto.

Share
Facebook
Twitter
Pinterest
WhatsApp
Previous article
Lenovo Legion 5 Pro with RTX 3060 available on Amazon for Black Friday
Next article
What is written on one of the oldest messages in a bottle ever discovered?