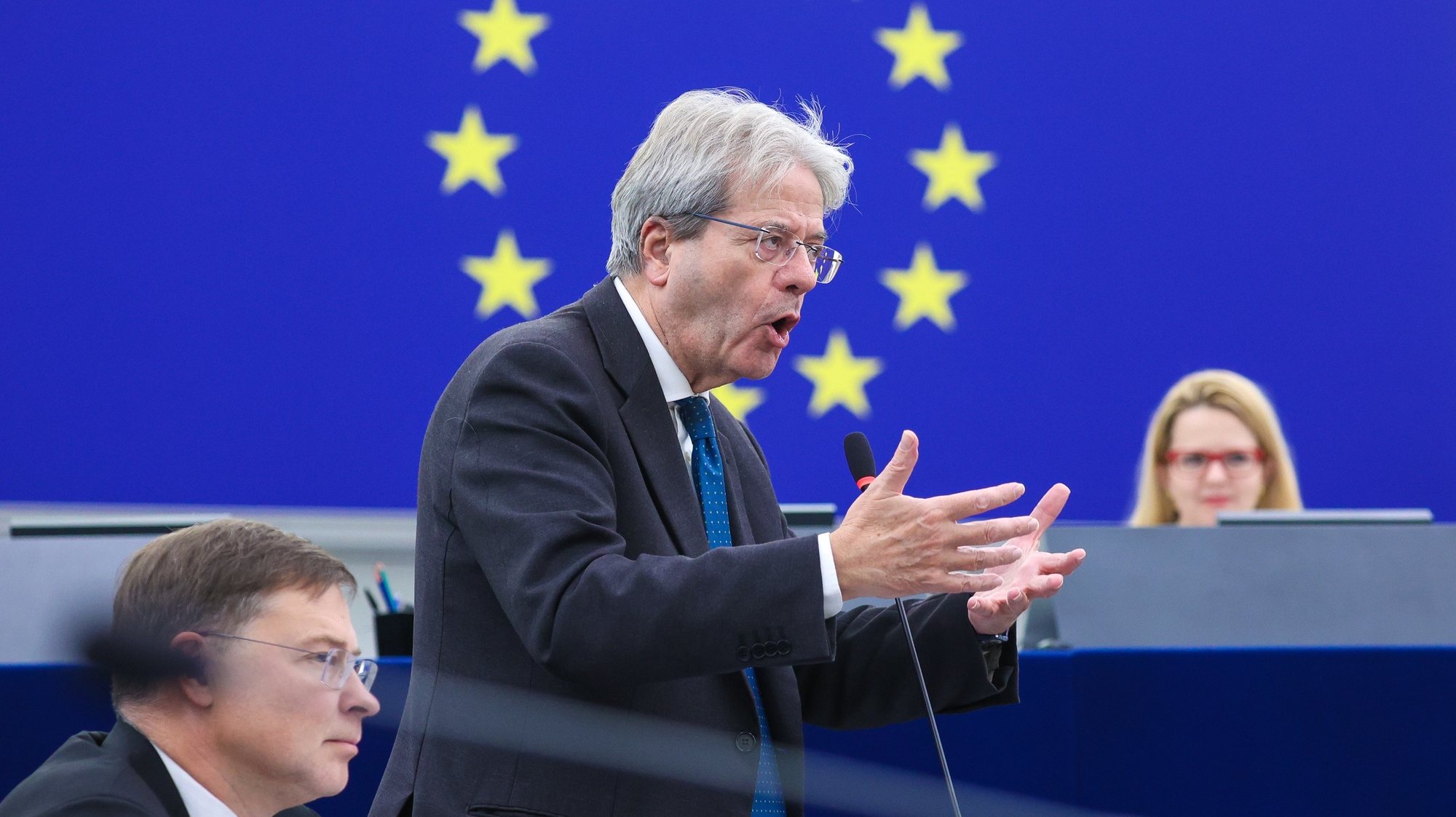 🇧🇷I would say that Portugal in our assessment is, in our opinion, a bit of a borderline case.🇧🇷 We are aware that we have 10 or 11 Member States that we believe do not fully comply with our recommendation. […]but for Portugal our assessment is that Portugal’s budget is close to what we asked for”, – said the European Commissioner for Economics Paolo Gentiloni at a press conference.

Speaking at the end of a panel of commissioners meeting held on the sidelines of the plenary session of the European Assembly in the French city of Strasbourg, Paolo Gentiloni acknowledged that Brussels is “concerned about the impact that developments, especially measures to counter the energy crisis, are being able to bring the state budget to 2023 ( OE2023).

“We are not giving the same advice we are giving to other Member States that are not fully compliant, but we have a word of caution.”- emphasized the responsible.

Pointing out that “Portuguese measures are expected to expire by the end of this year”, alluding to the support adopted to help families and companies cope with the energy crisis, Paolo Gentiloni added that if they are extended, “the impact for 2023 will be a deduction of more than 2% to the budget.” “Therefore, this is not an unambiguous case, but a borderline case,” he concluded.

The European Commission on Tuesday urged the Portuguese government to “take the necessary measures” to ensure that SB2023 is “in line” with fiscal prudence, warning of “risks” of deficits and debt to support families.

“The Commission invites Portugal to take the necessary measures within the national budget process to ensure that the budget for 2023 is in line with the recommendation adopted by the Council,” the community executive said in its global budget assessment communication. projects for next year.

Taking into account the SB2023 proposal sent by Lisbon to Brussels and the Commission’s autumn forecasts, the institution notes that in Portugal next year, “nationally funded current spending growth is expected to come close to potential product growth.” over the medium term, subject to planned reductions in response to high energy prices, including temporary and targeted support for vulnerable families and businesses.”

The Council’s mid-July recommendation stated that Portugal in 2023 should “ensure a prudent fiscal policy, in particular by limiting the growth of publicly funded primary current expenditures below the potential growth of output in the medium term, taking into account the continuation of temporary and targeted support for households and enterprises, most vulnerable to rising energy prices and people leaving Ukraine.”

In mid-October, the government submitted a proposal for OE2023 to the Assembly of the Republic, which predicts that the Portuguese economy will grow by 1.3% in 2023 and register a budget deficit of 0.9% of gross domestic product (GDP).🇧🇷

The European Commission published on Tuesday the European semester cycle of economic policy coordination for 2023, which is based on autumn economic forecasts released in mid-November.