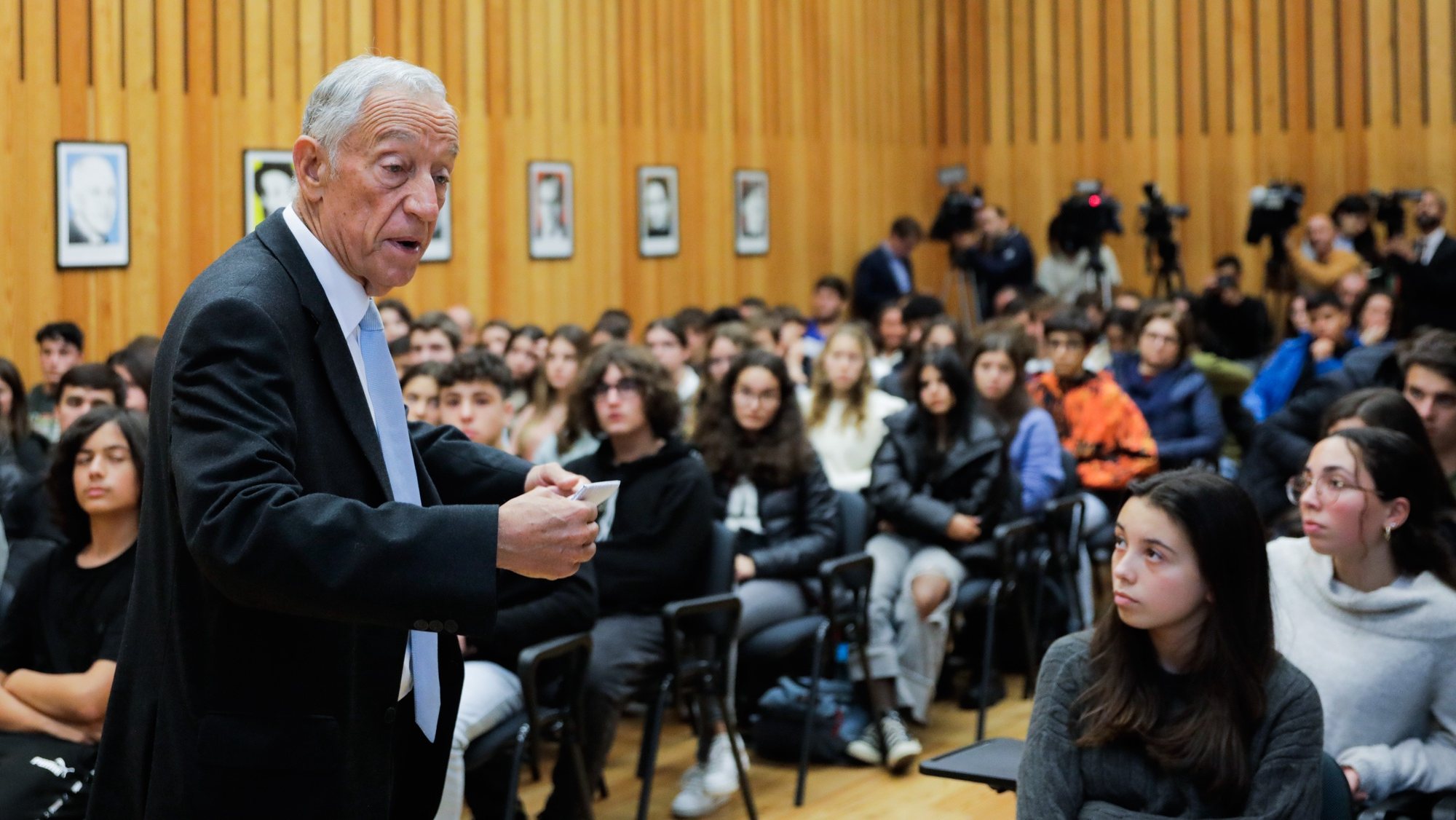 The President of the Republic, Marcelo Rebelo de Sousa, found this Tuesday “very tempting” to return to past energy decisions, such as opening coal-fired power plants or returning to nuclear power.

“Suddenly, in the midst of economic tightness, there were those who argued that it was necessary to bracket the fears associated with climate action so that for a while, while the crisis lasts and it is necessary to recover, return to some decisions of the past,” Marcelo said. Rebelo de Souza, going back to when “the pandemic came and the economy came to a halt, and then the war and the economic crisis intensified.”

In a debate class at Domingos Sequeira High School in Leiria, where the central theme was COP27, the United Nations climate conference, the head of state emphasized that “it was extremely dangerous” but acknowledged that “It’s very tempting because public opinion doesn’t want higher energy prices.”

Listing the positive and negative aspects of the CC that he considered, Marcelo Rebelo de Sousa admitted that the conference “was marked by a relic of the pandemic, war, economic recoveryone that is not happening in the world at the pace at which it is intended, and therefore due to impasse and lack of progress.”

The head of state also warned that in the “balance of power that may emerge as a result of the war” in Ukraine, “very great powers” for which the issue of climate change “is not a fundamental priority” will have a lot of weight, a situation that he classified as “alarming problem”

According to the head of state, “it is necessary that in the United States of America it becomes a national priority” and that “the emergence of China as a great economic power obliges” that “it also changes its position, begins to change its position to take a faster position on climate change.”

“India’s emergence as a world power obliges to do the same,” he defended.

As for Portugal, he believes the country has a “commitment to accelerate” the transition to renewable energy.

“Arrive, if possible, before 2030 with almost 80% renewable energy, because that also means less dependence on energy in relation to the outside world.”he said, emphasizing the importance of the country not being so heavily dependent “on unforeseen circumstances that forced large economies such as Germany, Italy, the countries of the East, that is, a significant part of European countries, which, when suddenly there were problems with the supply of Russian gas, the need to look for gas everywhere, and in some cases even an increase in the share of oil or petroleum fuels.

When asked about nuclear power in the specific case of Portugal, the President of the Republic acknowledged that he did not see any advantages, “because the option that was made at the time and allowed the growth of renewable energy, influenced the policy in the sense that the introduction of nuclear” .

Regarding the exploitation of lithium, Marcelo Rebelo de Souza noted that “this is an ongoing debate and so far there has been good sense to do it calmly, with protests and with very different petitions, before making decisions, either at the global level or, above all, at the level of each of the sites of potential research”.

Share
Facebook
Twitter
Pinterest
WhatsApp
Previous article
PCP Secretary General Calls for Users, Healthcare Professionals to Unite to Protect Social Media
Next article
Marcelo says that “in a democracy, a protest is always right” as long as it respects others.