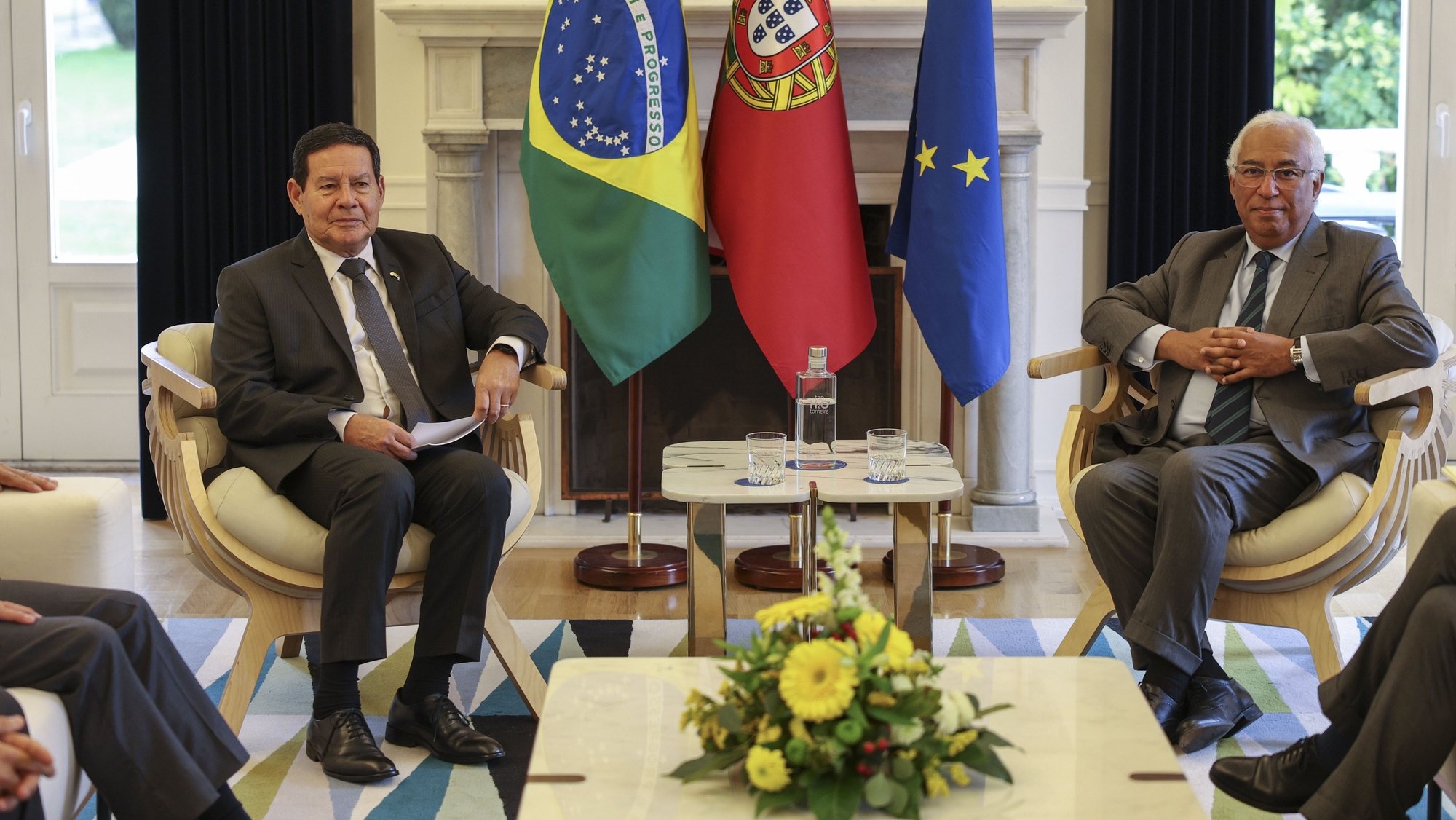 On Tuesday, the Prime Minister received Brazilian Vice President General Hamilton Murao in Sao Bento for a meeting where they discussed bilateral relations and investment opportunities, namely in the renewable energy sector.

This meeting between António Costa and General Hamilton Murão took place just over a month after he left his post as “vice president” of Brazil, and four days after the leader of the Portuguese executive received Brazilian President-elect Lulu da Silva in Sao Bento. .

Today’s meeting with the Vice President of the Federative Republic of Brazil, Hamilton Murao, provided an opportunity to consider the potential of our bilateral relationship and opportunities for mutual investment, namely in the renewable energy sector. pic.twitter.com/d9gKOoA45R

On Monday, also as part of his visit to Portugal, Hamilton Murau met with President of the Republic Marcelo Rebelo de Sousa at Belém Palace.

“We’re going to take this country back.” The day Lula showed his “boner for Brazil” in front of a sea of ​​red shirts in Lisbon.

In the Portuguese capital on Friday, Lula da Silva met Marcelo Rebelo de Sousa for the first time at the Belém Palace, and earlier in the evening, António Costa embraced him in São Bento, also making a gesture with his fingers.” L, symbol of the campaign of the elected President of Brazil.

At a press conference, the Prime Minister stated that “Portugal already misses Brazil a lot” and thanked the President-elect of Brazil for choosing the country as the destination of his first bilateral trip.

“Portugal really missed Brazil, we have not been together for a long time. And personally, I really missed President Lula. We must restore the time we lost, the time when we were apart, and we have a lot to do together,” added the head of the Portuguese executive.

In turn, Lula da Silva said he came to Portugal to “learn” from the “successes” of the Portuguese Prime Minister and President of the Republic, welcoming Marcelo’s “political savvy” and António Costa’s political achievements.