Single tax increased to 85 thousand euros for VAT numbers. An employee will pay up to 10,000 euros more in taxes than a self-employed person 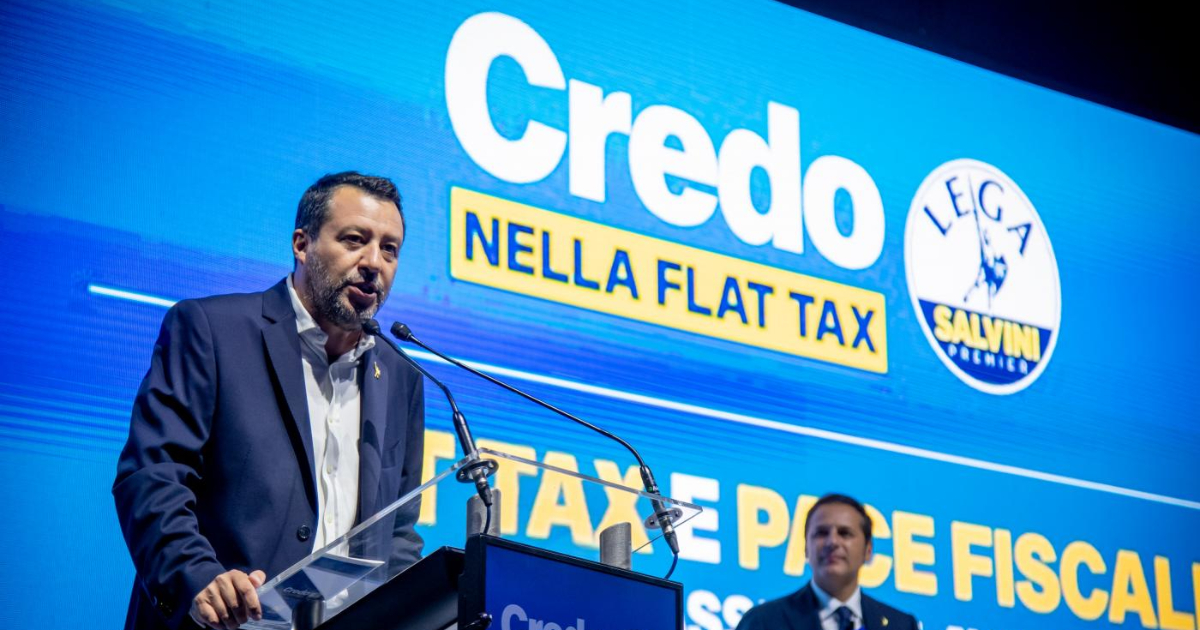 The maneuver also introduces an additional flat tax, always at 15% and always for VAT numbers only. In essence, the “flat” fee applies to the increase in income compared to the previous three-year period up to 40,000 euros.

The text of the budget law approved by the Council of Ministers also includes announced, small, expansion of the single tax. That is, a flat tax with a flat rate, in this case 15%, which is applied regardless of the income of the taxpayer. withdrawal progressivity reset. In particular, it rises from 65 thousand to 85 thousand euros income or compensation threshold within which VAT numbers can use this mode. In terms of the audience, little has changed, 100 thousand are added to the current 2.1 million VAT payers who are beneficiaries of the flat tax, but the cost of the measure 600 million euros. The reform introduces highly differentiated tax regimes between employees and self-employed workers with comparable incomes. As the economist, member of the National Assembly and former Deputy Minister of Labor pointed out on Twitter Maria Cecilia Guerraan employee or retiree will end up paying almost 10,000 euros in additional taxes compared to the VAT number.

The calculation requires some explanation, which Professor Guerra has provided. Ilfattocotidiano.it. The owner of the VAT number (for example, a lawyer) is subject to fixed rate 22% (regardless of the real ones) they should deducted from income. Which then also needs to be removed. labor taxes. After the necessary calculations are made, they remain exactly 53,703 euros and a flat tax of 15% is applied to this figure for withdrawals, which amounts to at 8055 euros. An employee with the same income is subject instead not only at the usual personal income tax rates (in part over 50 thousand euros by 43%) but also in additional municipal and regional income tax what do you like about the city Rome or Milan they are the least influential. The end result is that a worker living in the capital has to pay taxes for 18 019 euros, nearly 10000 euros more than a self-employed person, such as a lawyer.

The maneuver also introduces additional fixed tax, always 15% and always for VAT numbers only. In essence, the “flat” fee applies to the increase in income from the previous three-year period until 40 thousand euros. However, if the annual fees exceed 100 thousand euros, the system automatically reverts to the regular and progressive tax regimes.

There are “three fixed taxes” in the maneuver, including one “sui additional income to VAT numbers which have a flat tax of 15% on higher profit than in the previous three-year period with a maximum threshold of 40 thousand euros, which indicates that this measure aimed at the middle classwhat does not favor the rich e recognizes the sacrifices of those who work”, explained the prime minister Georgia Meloni at a press conference this morning. Meloni then recalled the increase in the fixed tax to 85 thousand euros and the “introduction 5% flat tax on performance bonuses up to €3,000 versus the 10% currently expected and goes hand in hand with an extended additional benefit.”

“We intervened with the regular flat tax by raising the ceiling from 65,000 euros to 85,000 euros. in accordance with the rules of the community. What we have done is also anti-avoidance measure and certainly unorthodox practices: firstly, an entity with the prerequisites for a single tax, which in the previous year had an amount of less than 65 thousand euros, could also declare a million next year and pay another 15%: today it is no longer possibleif you exceed the threshold, from this year you must pay me all taxes,” the deputy economy minister said. Maurice Leo. In addition to this, “alternatively, there is a gradually increasing flat tax, which is one of the most important aspects of the centre-right program and is of great importance. dual purpose: fight against tax evasionand an incentive for economic growth.

In reality it’s not entirely clear why raising the maximum threshold should prevent tax evasion. All that is being done is moving the item on hiding income from the tax authorities to a higher figure. Recent and long awaited Non-observed economy report drafted by the Ministry of Economy emphasized “increasing tendency to break (difference between estimated and actually recorded revenue, ed.) due to the fact that the decrease in the declared amounts, due to the expansion of the single rate regime, is not associated with an equally noticeable reduction in the tax gap. Simply put, the flat tax increased rather than decreased the propensity to evade taxes. Measures are also taken during times of high inflation. (11.9%), which is likely to lead, at least in part, to an increase in nominal VAT revenues that can pass on higher costs to customers. Thus, the real effect of the new tax regime in practice runs the risk of significantly decreasing.

Share
Facebook
Twitter
Pinterest
WhatsApp
Previous article
NHL ONLINE: He caught with the Rangers against the Kings. Montreal takes on Buffalo
Next article
Tutankhamen, Nefertiti or Cleopatra: where does the fame of the “superstar pharaohs” come from, who now come to Gulbenkian?