Saraceno: “The Meloni government has a misconception about poverty. In no minimum-income country does support depend on employment opportunities.” 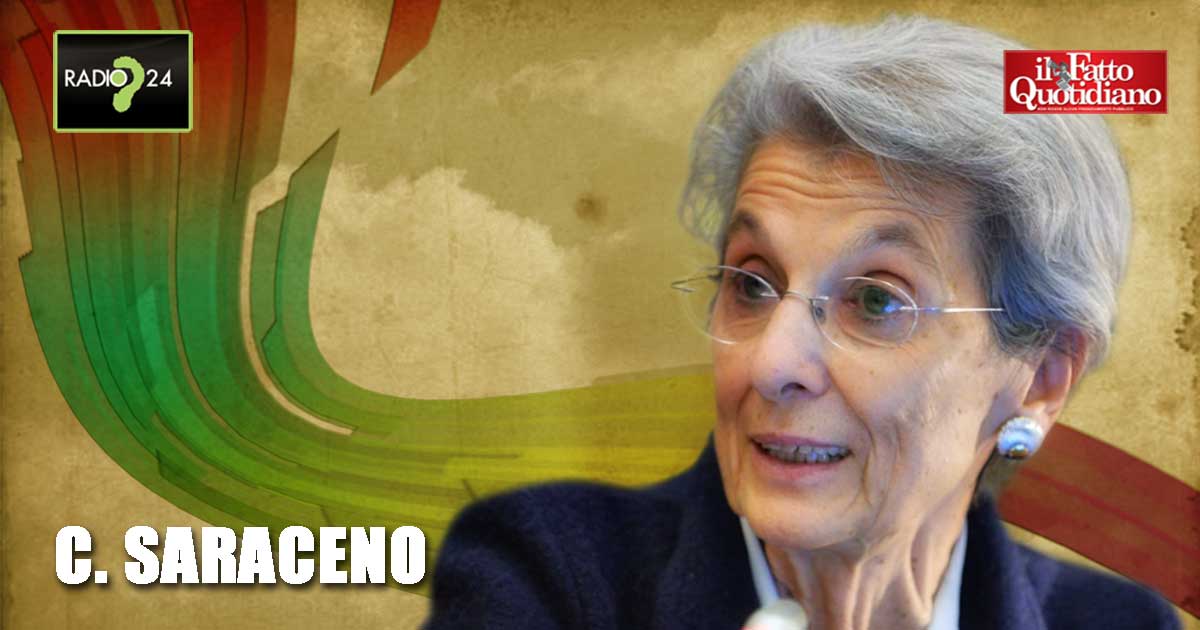 “Changes in basic income start with very abstract idea of ​​job opportunity. To say that if you are able to work you are not eligible for income support despite being poor is not only wrong, but is misleading as to why people are poor. It amazes me that we don’t talk about at least minimal salary and labor policy relating to the creation and growth of jobs. We are only talking about potential employees who do not work through their own fault, because it’s implicitly assumed.” So to the microphones “24 am” (Radio24), sociologist Chiara Saracenoformer President of the Basic Income Scientific Committee Draghi governmentcomments on the maneuver Meloni government and changes in the rules regarding income from citizenship.

Saraceno adds: “It is typical for this government, but unfortunately also very common, that if a poor person can be employed, he should not receive anything, because it is his fault if he does not work. It was certainly a mistake to propose a basic income as a measure of an active employment policy, when in general it should be a policy of supporting the incomes of the poor so that they can lead a decent life. After that, it becomes clear that for people who are theoretically able to work, the field is important active labor policy, which should exist in any case“.

And he explains:It is absolutely wrong to make material assistance dependent on the possibility of employment; this does not happen anywhere.. In all countries where a minimum income has existed for a very long time, there is first of all a guarantee of income. Then for those who can be employed, there is an active labor policy, rewards, incentives, even controls and punishments. But there is. It’s not that I don’t give you income, because theoretically you can get a job. – he continues – Even the proposal European Commission on the Minimum Income for the Poor, approved in September and due to be presented to the European Council of Ministers in the coming months, explains exactly that: for the poor there should be guarantees of a decent income without distinction between able-bodied and disabled. Then there needs to be a serious policy for those who can be employed so that they can access good jobs.”

The sociologist concludes:How did these people live before the introduction of basic income? Very badjust read the recent report save the children about child poverty. It’s not that these people don’t work, but they often struggle with undeclared or insecure jobs. There are also poor people who work regularlybut they don’t have enough income to get out of poverty, so they go to eat in Caritas. That is, they do not have a decent life. This is unacceptable. If everything is in order with us, that the unfortunate live poorly, then we clean everything up.

Share
Facebook
Twitter
Pinterest
WhatsApp
Previous article
According to the final results of the 2021 census, Portugal’s population has declined for the second time since it was recorded.
Next article
PPF sells Philippine and Indonesian divisions of Home Credit, the Japanese will pay 600 million euros for them