Maneuver, Alliance Against Poverty: “The government is at war with the poor. Worried I want to suppress rdc not knowing how to replace it” 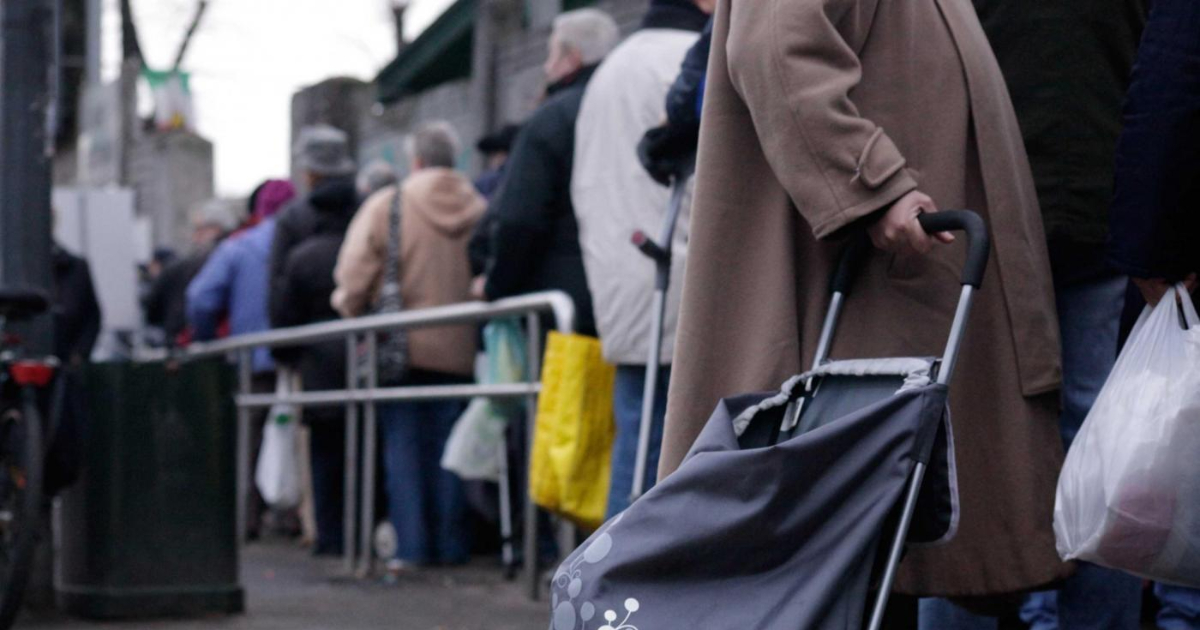 “The logic is not to cut the tool, but to make it more efficient and effective,” write the associations. “The Alliance has long argued that changes are certainly needed to improve RDCs to respond to a growing population in need, from expanding the audience of those eligible for cost-of-living adjustments to effectively strengthening active labor market policies”

Now that Meloni government officially announced its intention to remove basic income people who are only on paper”able-bodied“Those involved in the fight against poverty are very concerned. And begging the majority to get in touch with reality. “I announce with dismay suppression anti-poverty measures from 2024 without setting out any hypothesis replacement. Intervention, which, among other things, will be determined in the period before the announcement recession”, detectsAlliance Against Povertywho has been asking for weeks government not to abolish the guaranteed minimum income scheme that allows millions of people to survive. “The logic is not to cut the instrument, but to make it more effective and efficient. The Alliance has long argued that change is certainly needed to improve the RDC in order to respond to a growing population in need. These are changes fromaudience expansion persons entitled to adjustment of amounts in connection withrising cost of living up to the effective strengthening of the ways active labor policy“.

The announced removal of the subsidy affects “those poor families in which the working-age component would be accused than not being able busy for 8 months” highlights the group in which associations range from sitting ActionAid As well as save the children to unions in Anci, passing through Community of Sant’Egidio As well as National Forum of the Third Sector. But the possibility of employment is ok. 600 thousand perceiving completely relative, remember Akliaccording to the ACLI that “Repeal of the RDC is not a war on poverty, but a war on the poor.”

“Many Rdc recipients,” writes the Catholic Association, “ over 50, difficult to reintegrate in the chain of learning and then looking for a job, because poverty is almost never only of an economic nature: therefore, monetary measures are not enough, and we said this from the very beginning, when we moved from income from inclusion to income from citizenship, Why to take responsibility disadvantaged people responds to an urgent need, which, however, must then be met through the creation of infrastructure welfare constants that take care of a person 360 degrees. Not only that: “We cannot forget that in Italy absolute poverty is also found in families with one employed person and that many workers perceive salary is so low that it is not enough to provide a decent life them and their dependent families. Are we sure that the problem is only in the possibility of employment?”

The Alliance adds that “shorten the duration for 2023 and do more strict conditions for workers who are considered able-bodied constitutes an intervention that does not take into account all official data and leaders Education which show how much the audience in question needs adequate and supported training and retraining courses, employment or promotion of joint ventures. For this reason, the government is invited to hold a meeting “to better define a path that takes into account the needs and priorities that need to be addressed in order to respond to the millions of people living in poverty.”

“There is also the question of immigrants“The Akli refreshed their memory. “Rdc was intended for those who could demonstrate 10 years of residence in our country such a threshold has gone for us reduced to 2 years. Regulation cannot be reversed because someone broke the law and unfairly received a subsidy, because following this principle, it would not even be necessary to demand taxes, since there have always been those who they run away”, they continue. “We reserve the right to further study the text and understand what the final rule will be and, above all, what consequences it will have over time, but now we are ready to contribute to Parliament with the aim of increasing income from citizenship, but removing a subsidy that helps 3,380,000 people is unfair and risky for social stability countries”.

Share
Facebook
Twitter
Pinterest
WhatsApp
Previous article
The Huge Benefits of Using an Air Fryer That No One Talks About
Next article
Sociologist Morlicchio: “There is indifference and disgust towards the poor, but now the middle class is also in danger. Citizenship income is a social investment”