Sumahoro, accusations of volunteers in the ghetto. Priest Caritas: “I warned Fratoianni that his nomination is an own goal, but he did not answer me” 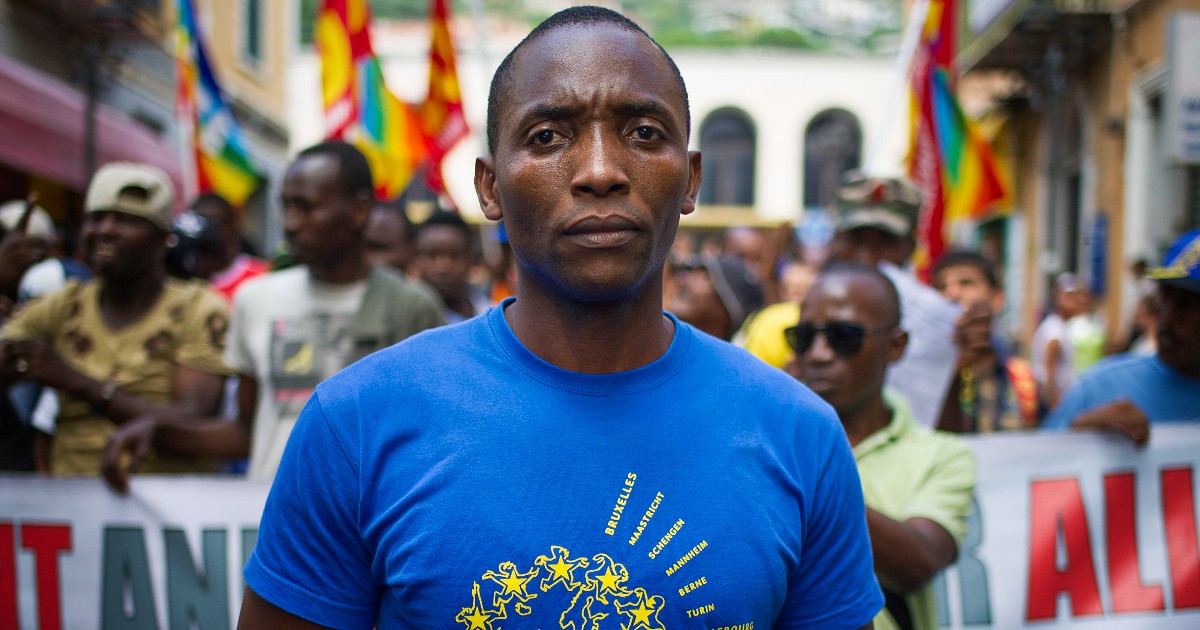 New revelations after the cooperative case with the participation of Deputy. The fundraiser for Christmas gifts in Borgo Mezzanone has resumed: “But there are no children there,” says Don Andrea Pupilla of Caritas San Severo. Meanwhile, the Labor Inspectorate confirms that his wife and mother-in-law’s two companies have been under investigation for “months,” initiated “on the basis of complaints from some workers.” Bonelli: “Discussion is necessary and urgent”

“We were accused by Sumahoro, by us and other organizations, unions and associations of earnings in the fields of migrants. Hearing these attacks, and then learning about the investigation into the cooperatives run by his wife and mother-in-law, made me sad. His attitude was at least inconsistently“. tellAdnKronos is Don Andrea Pupillaresponsible for Caritas from San Severo (Foggia) in connection with the political and trade union activities carried out in recent years in Apulia Abubakar Sumahoro, an Alleanza Verdi e Sinistra MP who is caught in a storm over allegations of abuse and unpaid wages against members of his family. The priest pays special attention to Antonacci towerone of the largest migrant ghettos in the Foggia area, “where, especially lately, one can breathe great voltage and where it is not easy to work, also thanks to him. Sumahoro’s activity in the fields, only virtual and aimed at kindling fires, we do not condemn it now, ”he attacks. And he says: “When he was nominated, I personally wrote to Mr. Fratoianni in private, telling him that they scored an own goalbut, of course, he did not answer me: apparently, the virtual history of the leader of the new left prevailed.

Meanwhile Republic voices the complaints of trade union activists and Foggia volunteers about a history going back Christmas 2021when Sumahoro went dressed up as santa claus in another ghetto of Foggia, ghetto Borgo Mezzanonedeliver gifts to migrant children after being collected for the purpose of 16 thousand euros on the platform GoFundMe. An initiative that immediately seemed strange to those who visit these places every day. “In Borgo Mezzanone the children there are very few of them. There were very few toys to distribute,” says Father Pupil himself. “In the face of complex phenomena, not solitary navigators are needed, but choral responses. You don’t want a trade unionist who comes in from the outside, screams, takes selfies, and maybe makes a political career, especially when there’s at least some inconsistency.” “In the ghetto no children“ confirms Daniele Iacovelli from the local Flai CGIL. And he claims that people who were once close to the parliamentarian were the same who supply weapons to the criminal system of the village: “They have symbols of the union on the barracks, but at the same time they are corporals. We know that the workers’ money went partly to non-commissioned officers.”

Meanwhile, in the case of the cooperativeLabour Inspectorate confirms that they go on for “months” investigations in two companies of his wife and mother-in-law Sumahoro, caribou and Aid Consortium, begun “on the basis of complaints from some employees” and currently “finished”. And on the political front, in the coming hours, the MP is expected to meet with the leaders of his group, Nicola Fratoianni As well as Angelo Bonelliwho are awaiting clarification on the case. “I think that a court case should always be very separated from the political aspect, which is about labor law issues, and I think it is right to make a direct comparison on this issue. When we get it in the next few hours, everyone will appreciate it,” Fratoianni said. Agora on Rai 3. Although Bonelli rules out that the group could take suspension order: “We are an alliance that makes guarantees an important principle. There is no doubt that we have said that there is a political question on which necessary As well as urgent comparison with Abubakar, who owes explanations not only to us, but also those who voted for us and we urge that this meeting take place as soon as possible.”

The CookBook: a concept that will delight all gourmets