Violence against women, Schlein: “It’s structural in a patriarchal society. By abolishing income, the instruments of emancipation are removed.” 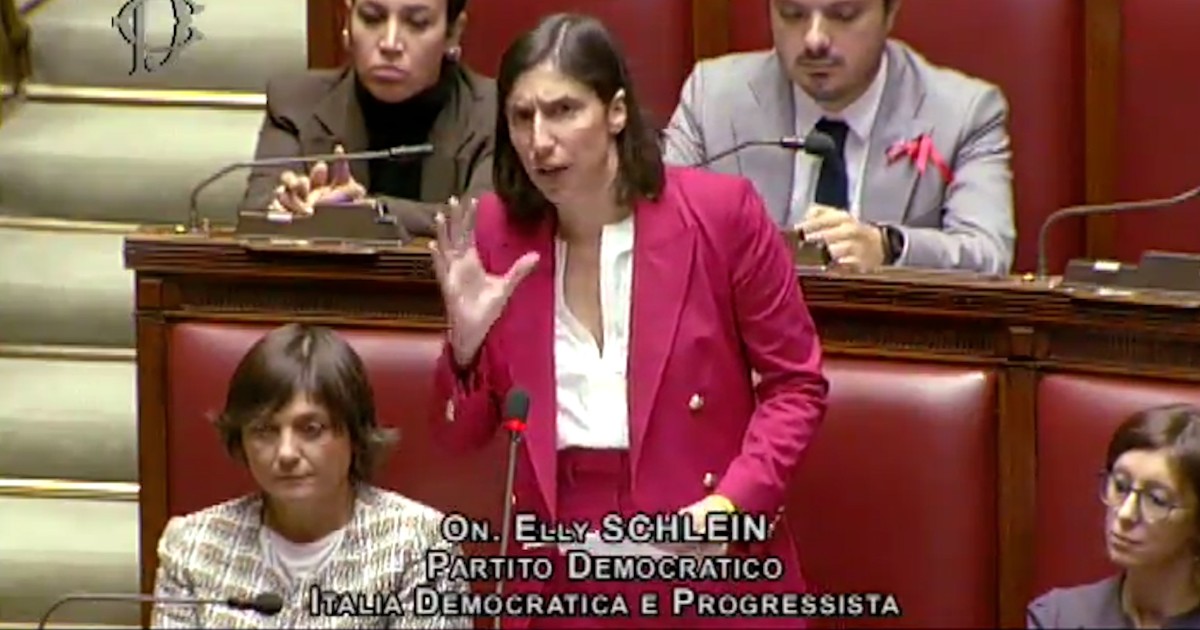 “Half of the women killed this year were killed by deadly weapons: an unhealthy assumption about the right to possession of a woman’s body. Not out of insane jealousy or desperate love, as we often read in unacceptable media narrative that takes the perpetrator’s point of view. From patriarchy. Hard Fact: Violence Against Women in a Patriarchal Society it’s not episodic, it’s structural“. This is an excerpt from a speech in the House of MP elected from the Democratic Party and candidate in the chest to the party secretariat Ellie Schlein, in a general discussion of proposals against gender-based violence. “To counter this,” he continued, “it is necessary to act systematically on several fronts: regulatory, preventive, cultural, economic, starting with support for anti-violence centers and shelters, and with a commitment that begins before it is too late to eradicate sexist prejudice: already in school, with a great contribution to the education of differences. Women’s economic empowerment is a fundamental element in the fight against gender-based violence and cancellation of basic income the instruments of emancipation are removed.” “Women who have experienced violence,” Schlein said, “ the house must be guaranteed, the income from freedom is good, but the funds allocated so far are too small. And then decent work, not poor and precarious work, closing the gender pay and employment gap, investing in social and educational infrastructure to free women from the burden of worries that disproportionately fall on their shoulders and interfere with their work. It is women, along with youth, who have paid the highest price for employment during the pandemic, because they have already inherited the most precarious contracts and working conditions from the previous crisis. Linked to this insecurity, Schlein concluded, was the cruel fate of too many female workers who left home to go to work and never returned, as evidenced by what happened in Luana D’Orazio and Nicoletta Palladini“

Share
Facebook
Twitter
Pinterest
WhatsApp
Previous article
Sumahoro, accusations of volunteers in the ghetto. Priest Caritas: “I warned Fratoianni that his nomination is an own goal, but he did not answer me”
Next article
A unique back in the Czech league. Failure has potential abroad, but so do mistakes.