“Free, ours is not forced marriage”, presentation of the book by Martina Castigliani 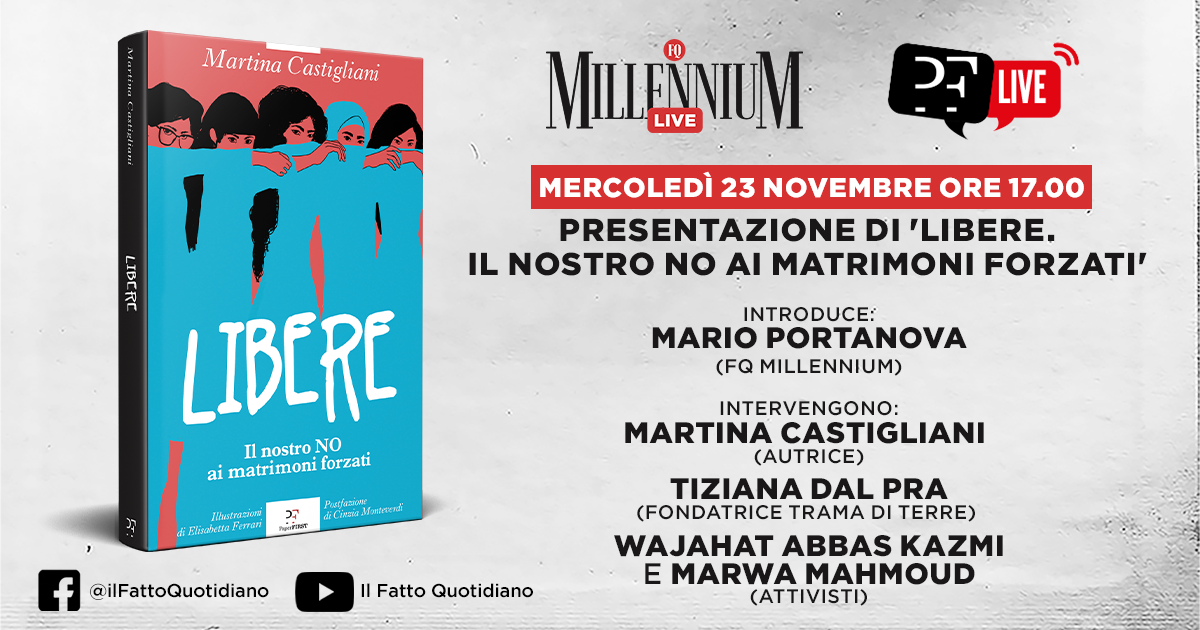 Fatima, Yasmin, Zoya, Khadija As well as X they are five girls who have decided to rebel against forced marriages. To be free, they left everything: they ran away from home, cut off all ties with the family, were forced to change their identity. Here they tell each other exclusively, despite the risks: the refusal was never accepted and they are in danger to this day. If they decide to expose themselves, then “for everyone else”, they are forced to endure violence.

A choir book and an investigation into a phenomenon affecting hundreds of invisible people. In Italy, there is talk of forced marriages when a girl is murdered: Saman Abbas is just the latest case used by politics and talk shows. This story gives voice to those who fight to make a difference: Director Wajahat Abbas Kazmicity ​​councilor Marwa MahmoudItalian teacher Tashina Us Jahan; Tiziana Dalprafounder of a non-profit Plot of land and the first broke the silence; Alexandra David, educator and fighter against violence. Talking about the power of “no” – starting with Franca Viola Angela Maria Bottari, who, as a deputy, fought against a circumcised wedding. Afterword Cynthia Monteverdi remember commitment Il Fatto Quotidiano Foundation for women survivors of violence.

Copyright proceeds will be donated to Trama di Terre.

Share
Facebook
Twitter
Pinterest
WhatsApp
Previous article
Horrible death in front of school: Man douses himself with flammable liquid and sets himself on fire!
Next article
Quick task: only 1% of people can understand what is happening in this picture.