Istat analysis: The Irpef reform and the single check made winners and losers. The risk of poverty increases for couples without children or with older children 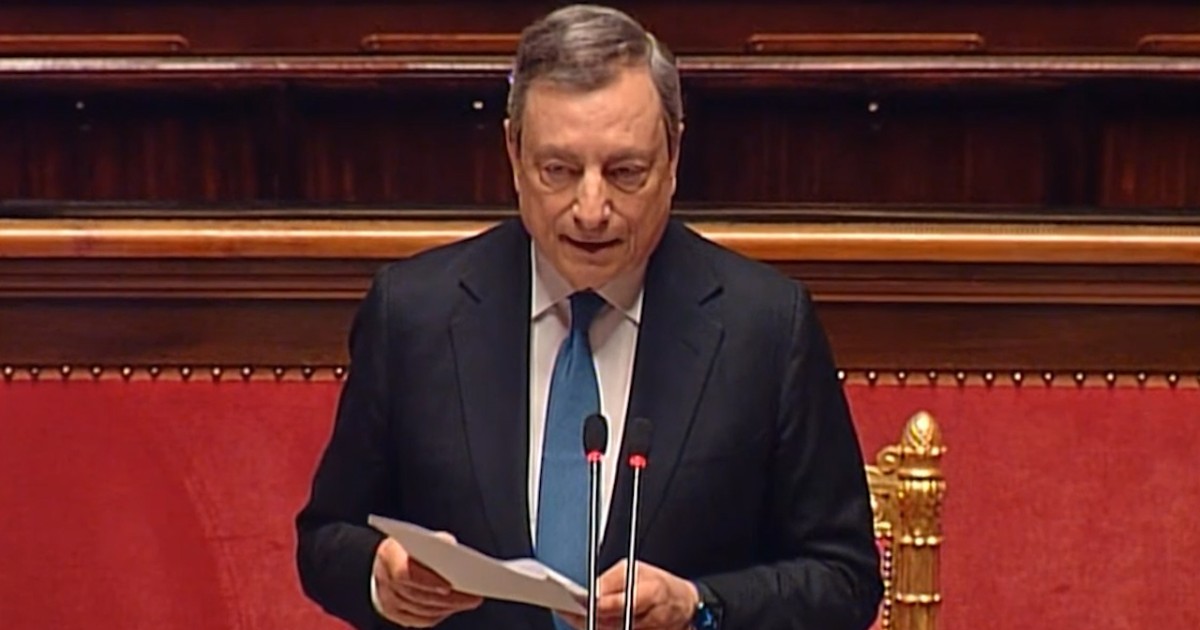 The Statistical Institute used a microsimulation model to estimate the impact of Draghi’s major government interventions on household income. The general impression is positive. But if the lump sum for families with children reduced the average risk of poverty by 1.4 points, for some types of families it led to a “worse income”, with losses of more than 750 euros on average for the poorest. And not only that: changing the Irpef scores and scales actually increases the risk of poverty by 0.2 points.

Activities funded in 2022 Draghi government they cut inequality and risk poverty in Italy. wordIstatwhich used a microsimulation model to evaluate the influence of principals interference with family income exhibited throughout the year. But the report Redistribution of income in Italy published on Wednesday, carefully looking at the numbers, this is different I distinguish. ifsingle check for families with children on average reduced poverty risk 1.4 points (from 18.6 to 17.2), for some types of families determined “not worsening income” with losses of more than 750 euros on average for the poorest households. Not only that: what is most striking is that the redesign rates and echelons income tax turns out even increase poverty risk 0.2 points. Fortunately, temporary measures arrived in time – bonuses 200 and 150 eurosadvance payment for the last quarter of the year revaluation pensions – which reduced the risk by 0.6 points.

The assessment of the overall impact, as already mentioned, is flattering: the Gini index fell from 30.4 to 29.6% (on a scale from 1 to 100, where 100 expresses the greatest inequality), the risk of poverty from 18.6% to 16.8%. and the poverty gap (poverty intensity) from 5.2 to 4.4. But the benefits were not for everyone: if the personal income tax reform, the flat check, the surcharge and the indexation of pensions “reduced the risk of poverty for families with minor childrenboth pairs (-4.3 points) and single parents (-4.2), especially after the introduction of a single allowance” and “for families individual components (-2.1) and only for persons over 65 years of age (-1.3) the decrease occurs mainly due to allowances and ahead of the revaluation of pensions”, vice versa”for families without children or with only adult children, the risk of poverty remains virtually unchanged or slightly increases“.

The Uniform Benefit deservedly reduced the risk of poverty by 3.8 percentage points for youth aged 0 to 14 and by 2.5 percentage points for youth aged 15 to 24, but the removal of deductions for dependent children as part of income tax reform the tax resulted in losses “which are offset by checks for only a subset of families,” notes the Statistical Institute. average benefit The check is valued at about 143 euros per month “for families who improve their economic situation”, with higher average amounts not for the poorest, but for the second (2085 euros) and the third fifth of the income (1949 euros). For the subset of nuclei that are at a disadvantage compared to the previous one, lost average about 50 euros per month. “The biggest loss is for the two-fifths of the richest (887 and 951 euros respectively) and the poorest (752 euros).” Moreover, “In concentrates the largest percentage of families disadvantaged by the measure and the largest share of losses in the total in the first two fifths; losses relative to household income are higher in the first fifth. These are cases where the family unit allowance was higher than the new lump sum.”

What about Irpef’s reform? “This resulted in a 1.5% reduction in effective average tax rates for the entire population,” recalls ISTAT, “from more pronounced reductions in three-fifths of households with medium and medium-high incomes”. Among the families improving their situation, of which 65% of the total number, “or the average benefit is lower for the poorest fifth of the population, characterized by the presence of taxpayers’ income below the threshold of the tax-free zone, exempt from taxation. The families of the penultimate fifth absorb 31.7% of the total allowance. But as many as 21.8% of families, one in five, see as a result of the reform to get worse your own situation. Average losses range from €620 for the top fifth of income to €1,319 for the bottom: more than half of the total loss occurs in the richest fifth of the population.

Even the early reassessment of pensions has brought the greatest benefit to medium-high incomes: “The benefit is higher in the third and penultimate fifth (128 and 140 euros respectively), where more than 26% of the total benefit is concentrated.” It should be noted that the entire analysis, as reported by ISTAT itself, only partially takes into account the impactinflation, which are higher for people with lower incomes. And this only suggests what will happen next year, in the absence of one-time bonuses.