Citizenship Income, Bersani in La7: “Employment is a metaphysical word. But what are we talking about? With inflation at 10%, it will be difficult to find a job.” 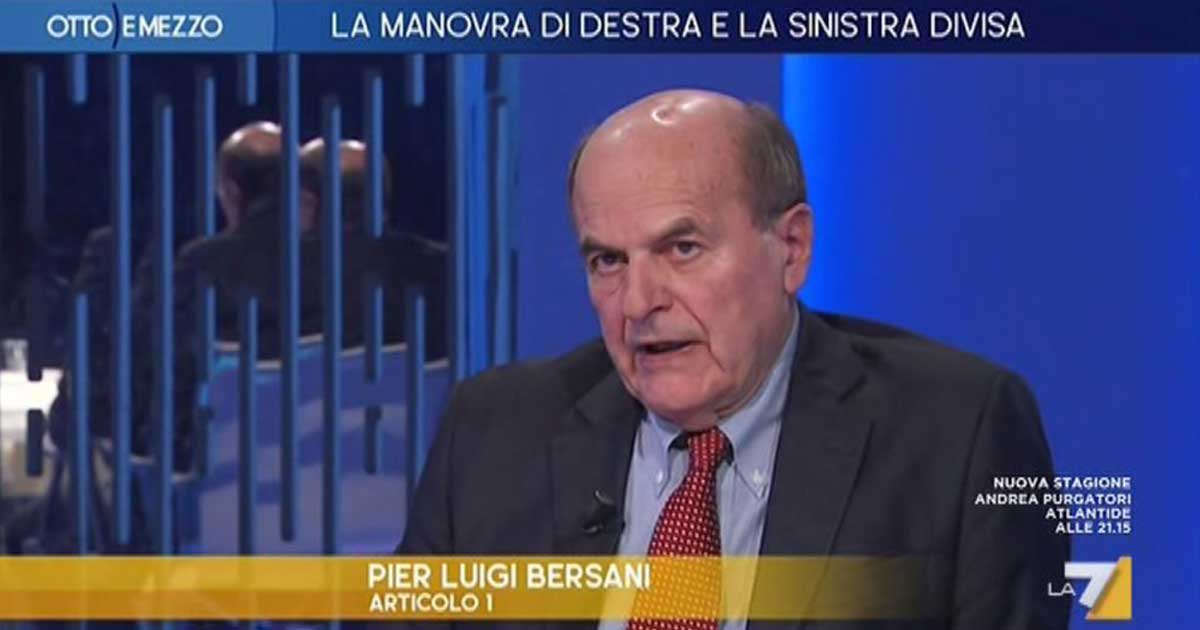 “Signals of Maneuver Meloni government basically two: financial negligence and war on the poor. Adjust basic income as well, but if while poverty rises you think you can live 700 million euros to tax them flat, you are completely off topic. Here is one insincere and ideological view over the country.” In this way, “Half past eight” (A7), Pier Luigi Bersani sharply criticizes the Meloni government’s maneuver, focusing in particular on changes in basic income.

The former LeU MP explains: “We have inflation at 10%, which is a real advantage for the weakest segments of the population and for part of the world of work. That 10% also affects schools, health care, basic services, things the finance company doesn’t do, because 10% inflation means a 10% cut. Perhaps we are in a pre-crisis situation. Let’s hope not, he continues, but in any case, this is a situation of economic weakening. Finding a job will not be easy. What are you telling me “workable”? Hardworking is a metaphysical word, because we are talking about people of working age who cannot find a job or find it paid below the poverty line. But able-bodied from what? What are we talking about? Where are these people going? Here’s the hate for poverty“.

Bersani then quotes two lines from the poem. “Works and Days” by the poet Hesiod : “When the prime minister during the election campaign says that the basic income state methadonedescribes perceivers as gods junkies on the couch. And at this moment I share school memories with Meloni. Hesiod in the seventh century BC wrote: “Never dare to hold a man in the face of damned poverty that devours the heart”. Do we want to go back to the eighteenth century BC? he concludes, “Meloni asks Caritas and the social canteens to explain what is going on here. Do I need a citizen’s income in checks? Then run these checks. For example now there are a lot of people who won’t sleep at night until augustOn condition remove basic income from August. Do you understand it? And where will these people headbutt until August?”

Share
Facebook
Twitter
Pinterest
WhatsApp
Previous article
Broken metropolis! 20 thousand households were left without heat, electricity was cut off in Prague Teplorensk
Next article
Bersani-Severnini dispute on La7. “Are you saying that citizenship income didn’t work? Then you don’t know what it is.” “I think I hear Giuseppe Conte”