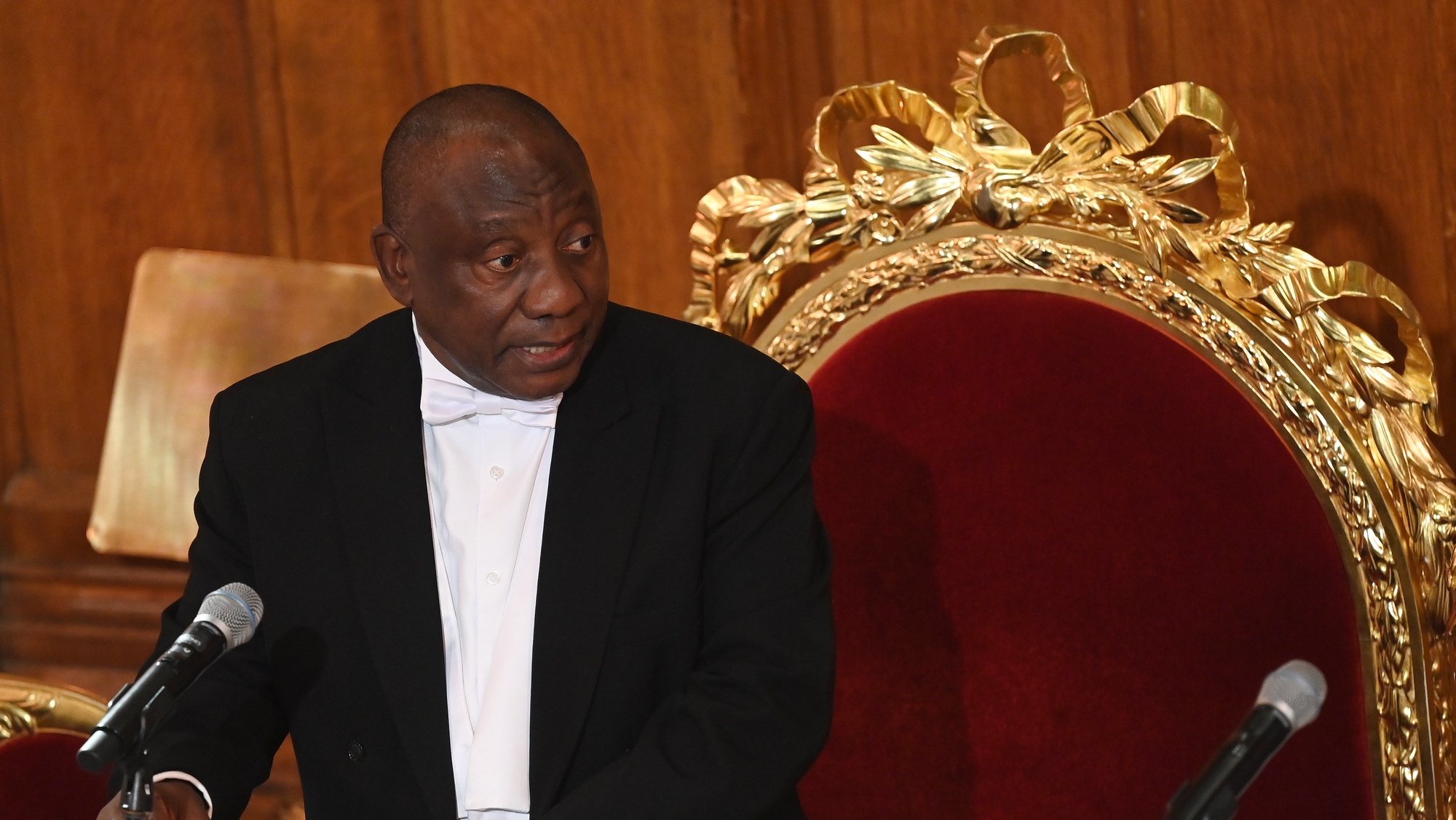 The president of South Africa, the largest electricity producer on the 80% coal-based continent, defended this Thursday that Europe should subsidize his country’s energy transition with a 25% compensation.

We believe that 25% will be a good subsidy that will allow us to start the process of a just transition with more confidence, knowing that we have partners who are serious about fulfilling our obligations, especially regarding the aspect of loss and damage.” said Cyril Ramaphosa.

The South African head of state, speaking at a meeting with South African journalists in London following a state visit to the UK, defended that “there should be compensation for loss and damage” from “rich” countries.

“We have always said that the most industrialized countries were and remain the biggest polluters and those that have caused much more damage to the climate than the developing countries, for example, Africa is only responsible for 1% and our approach is that”, he decided.

“The polluter must pay”emphasized the President of the Republic of South Africa, which is considered the most industrialized economy on the African continent.

Ramaphosa recalled that “the most developed countries must fulfill the commitments they made in the past,” referring to the global climate agreement signed in the French capital Paris in 2015 at the United Nations Climate Change Conference (COP).

“The Paris COP is an example where they promised $100 billion. [96,6 mil milhões de euros] per year, which they have never observed and also admit it,” he stressed.

“Now they are doing fair energy transition agreements with several countries, and our agreement was a trade agreement, and in analyzing this agreement, we found that the subsidization of what they put on the table, as I said, is 2.7%. “, he referred.

The President of South Africa said he would like to see “this part of the subsidy be increased”, and there were “discussions with one of the European countries, and they are ready to increase it to 25% of what they offer.”

In this sense, Ramaphosa also mentioned that the rich country offer also covers “concessional loans with very good and low interest rates, which will be extended for a period” that the South African economy “can pay and absorb”.

South Africa, considered the largest electricity producer on the continent, which provides 80% of coal, also imports 75% of all output from the Cahora Bassa hydroelectric power plant (HPP) in Mozambique, being one of the main pollutants of the planet’s atmosphere around the world🇧🇷

The Witbank power plant, which began operation in May 1926, was South Africa’s first coal-fired power plant since Escom’s founding in 1923 (which changed its name to Eskom in 1987), the South African nation’s public utility said.

Share
Facebook
Twitter
Pinterest
WhatsApp
Previous article
Advent is already here. Where can we go to Christmas markets with our neighbors? We have 7 great tips
Next article
Czech Republic on the hypersport map. The Praga Bohema is a ranged weapon that can also be used on the road.

The CookBook: a concept that will delight all gourmets