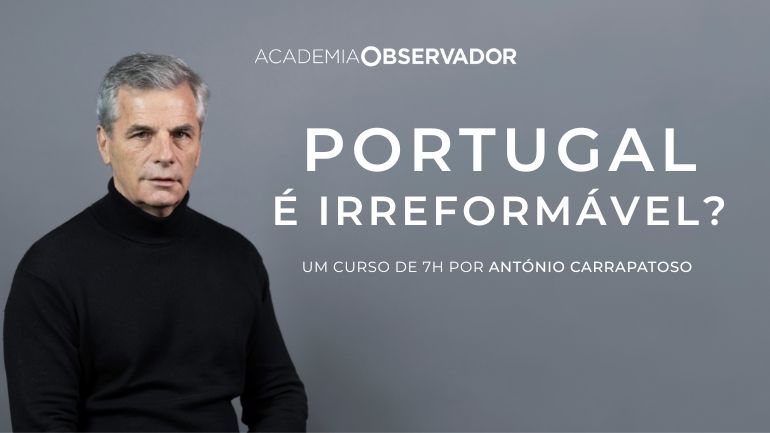 The question is almost as old as the country, but many centuries later we are still looking for the answer: why is it so difficult for us to change the model of Portuguese society? Who is responsible for this passivity? Will Portugal ever be reformed?

Antonio Carrapatoso will present his ideas on this issue, from the reasons behind our inertia to the strategy to launch the reforms the country needs, including the best way to overcome resistance. It will start on January 18th in a new course at the Academia Observador, which will run weekly until February 8th.

Academia Observador offers excellent courses at low prices to summarize knowledge and reflection on important topics of our time. Course “Is Portugal incorrigible?” will consist of four sessions, which will take place on Wednesdays from 18:45 to 20:30. As always, it can be viewed online (25 euros) or in person (50 euros) at the newspaper’s office. Observer subscribers will also be eligible for a signup discount.

The current shareholder and chairman of Observador, Antonio Carrapatoso, developed his career as a manager between 1980 and 2010. In 1990, he founded Telecel/Vodafone, of which he became the first CEO. Since 2010, he has devoted himself to his own commercial activities in various fields such as real estate, tourism, investment management, agriculture, food or media. Between 2003 and 2009, he was the coordinator of the Compromissa Portugal movement, and in 2010 he published the book Desatar o Nó, which already touched on the topic of reforms in the country.