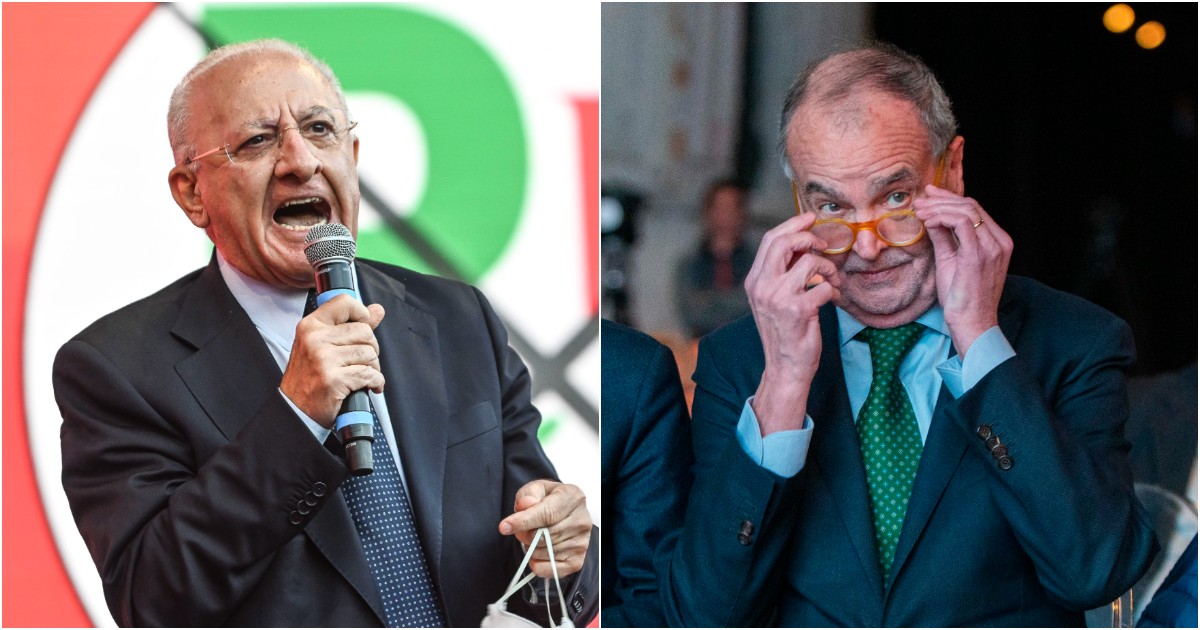 The president of the Campania region criticizes the minister’s project and says he is ready for the barricades. Calderoli: “The final agreement will be submitted to Parliament and will be put to a vote. There is no leap forward or risk of a lightning attack.”

ondifferentiated autonomy and on his reform project, which has already provoked criticism and mobilization from the opposition and local administrators, Minister Robert Calderoli try pouring water on the fire: “It is necessary to roll Government-Regionsafter which there will be an opinion expressed parliament, the final agreement will be submitted to Parliament and voted on. Then no no way forward or risk blitz”, – comments the Minister for Regions and Autonomies of the League of the North, referring to Agora on Rai Tre. But his assurances do not appease the spirits. Regional President Campaign preparing for the barricades: “We are ready to open one brutal political war”, he assures Vicenzo DeLuca whom Calderoli included among the “enlightened governors” supporting his reform.

Criticism – “We must return to explaining that without unitary line they will not make any progress,” the governor explained, speaking at the ceremony of the 150th anniversary of the Department of Agriculture of the University of Naples Federico II. “Minister Calderoli’s project,” he says, “is step back is worrisome compared to the estimates we made just a few days ago. I think Calderoli’s draft is a lot influenced by election time in Lombardy and other regions”. De Luca, who sees propaganda goals in the text from the point of view of the regionals, draws attention to the fact that for him critical points project. According to the president from Campania, “there is a reference to historical expense which had to be abolished, Article 6 of the Calderoli draft again refers to tax deduction therefore, to the retention of financial flows in regions where tax flows accumulate. There is a rejection of the proposal that we put forward and this is what I P determined by a technical body, not a political one. And we offerparliamentary budgetary body. It’s not that he can decide cabinet how the Leps define themselves,” he emphasizes. Link ai Key Performance Levels which must be guaranteed throughout the country.

Appeal to the DPCM – The Minister of the League of the North commented on this point: “There is a law of the state, in this particular case Law of Stability this year, which delegates to the Council of Ministers the approval of a number of Resolutions of the Chairman of the Council that go to determine these lep. And today it is impossible to say, – Calderoli remarked, – that DPCM this is not a suitable tool because Lea, i.e. the basic levels of care were determined by the Dpcm on the basis of the 1992 law.” The Minister for Regional Affairs and Autonomies also recalls that “for two years, the Giallorossi government managed all stages COVID-19 with Dpkm. So, he adds, it’s only when s makes theminsist oh 5C they are good and they are bad when centre-right. Dpcm is a law-based tool and it is a tool that has the flexibility to solve 23 items”, Calderoli concluded. And if the minister remains on his line, Vincenzo De Luca will do the same: “We will uncompromising and testify to one trench frank and tough political struggle, if someone decides to introduce a trick or continue punish the South”, he remarks.

Mobilization – In the military field, besides De Luca, there are numerous mayors who decided to write to the President Sergio Mattarella ask to stop the reform project. “The number continues to grow: we are approaching 200,” they say from Network “Recovery Sud” which brings together local administrators “concerned about the autonomist turn”, seen as ” top down federalism“. The Front, which also sees in its ranks the governor of Emilia-Romagna and a candidate for the Pd secretariat, Stefano Bonacchini: “If they think of dividing Italy and increasing differences between north and south they will find the wall,” says Bonacchini. “We are ready for discussions,” he confirms, “but it is unacceptable that we go to the Council of Ministers without sharing the scheme, the project with the regions.” However, for the candidate for the secretariat of the Democratic Party, “one cannot accept the fact that health and school become contentious issues. How can you imagine a country with 20 different public instructions? Become country joke“.