Teachers strike in front of Gil Vicente’s school in Lisbon. 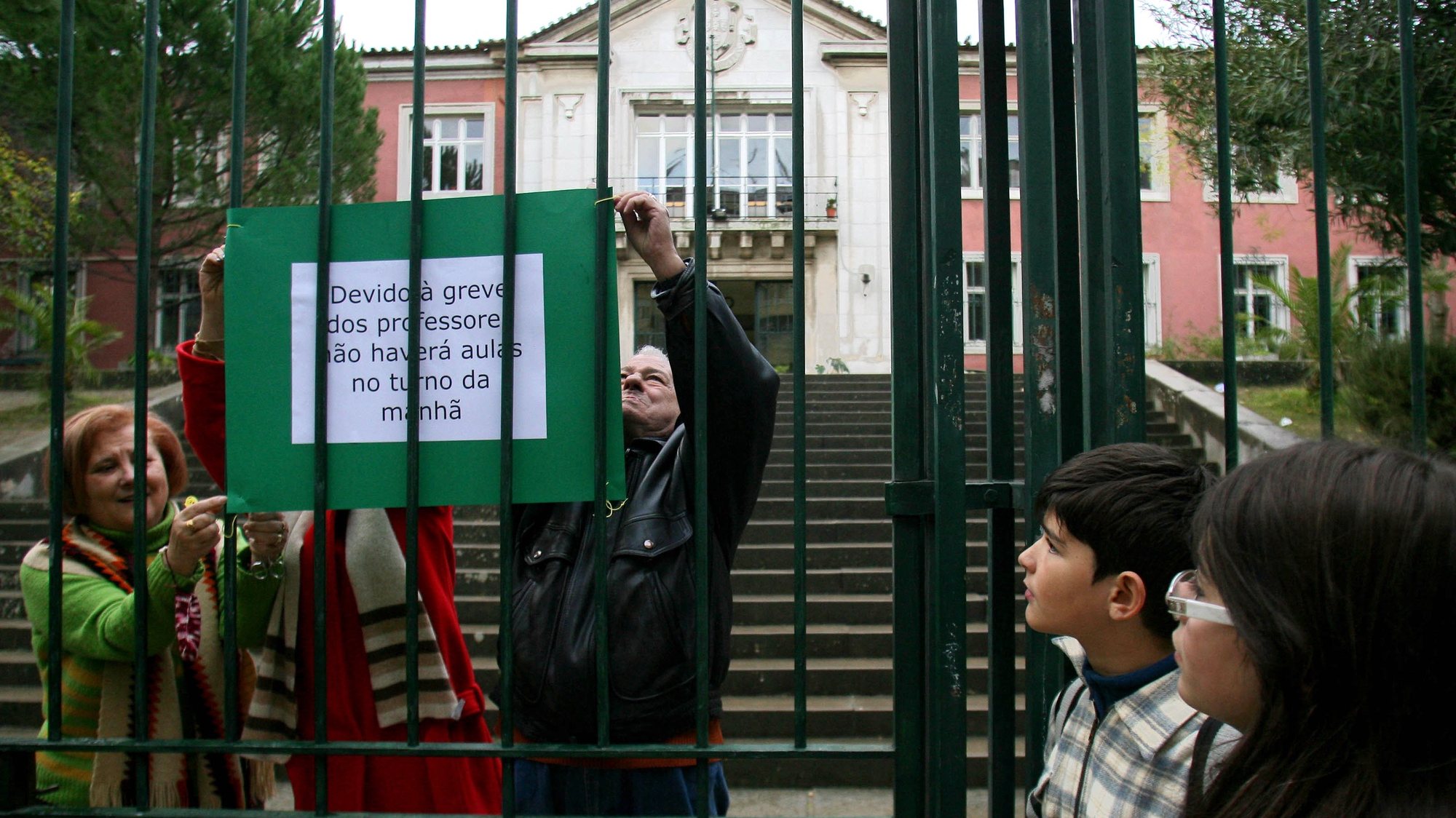 Teachers at Gil Vicente High School in Lisbon gathered this morning to protest in front of a school closed due to a strike to demand respect and dignity for the profession and to ask the minister to listen to the teachers.

“Together for education”, “Respect” and “Dignity” are some of the slogans written on the posters held by 16 teachers in front of Gil Vicente’s high school.

The idea was to follow the human cordon to Largo da Graça, but the teachers ended up concentrating in front of the school, which had already closed on Friday due to the strike and closed again this Monday.

“That is why we fight for the dignity and respect for education, which is the basic structure of a society that claims to be civilized. If a country does not invest in education, it will stay on its way,” Graciela Nunez told Lusa.

Graciela Nunez, a teacher of Portuguese and French with over 30 years of experience, complained primarily about the excessive bureaucratic work that prevents teachers from fully devoting themselves to classes and working with students, but not only that.

“Education needs other investments, including wages. This is Franciscan poverty and we cannot speak of miserabilism,” he stressed, arguing that teachers are paid below their qualifications, one of several reasons why the profession is unattractive.

Another reason, he added, is lack of support for fired teachers.

Cristina Marcelino, a teacher of Portuguese and English for three decades, also mentions the full recovery of the service life in which the career was frozen, a long-standing demand from professionals, as well as vacancies for access to the 5th and 7th levels of pedagogical careers, a factor hindering their development.

What does the minister say it doesn’t do us any good, it doesn’t give us the answer we want to hear. Maybe this is the answer that he wants to hear, but he does not talk to us, and this is what we need for him to hear us,” the teacher emphasized.

The teachers have been on strike since December 9th. The strike was called indefinitely by the Union of All Educational Workers (STOP), which has already sent out strike notices for the whole of January.

However, the Independent Union of Teachers and Educators (SIPE) announced a partial strike for the first semester during the first week of the 2nd period, which they decided to extend until February, and there was a strike from January 16 to February 8. by districts convened by eight trade union structures, including SIPE and the National Federation of Teachers (Fenprof).

In addition to a set of old problems related to teaching careers and general working conditions, teachers are also challenging some of the proposals presented by the Ministry of Education as part of the negotiation process to review the recruitment and placement regime, which is still ongoing.

However, Minister Joao Costa has already arrived to clarify some of these issues, assuring, for example, that the recruitment of teachers will not be transferred to local authorities and that it will continue to be carried out on the basis of professional graduation, as well as abandoning the intention to allow directors to choose 30% of their teachers.