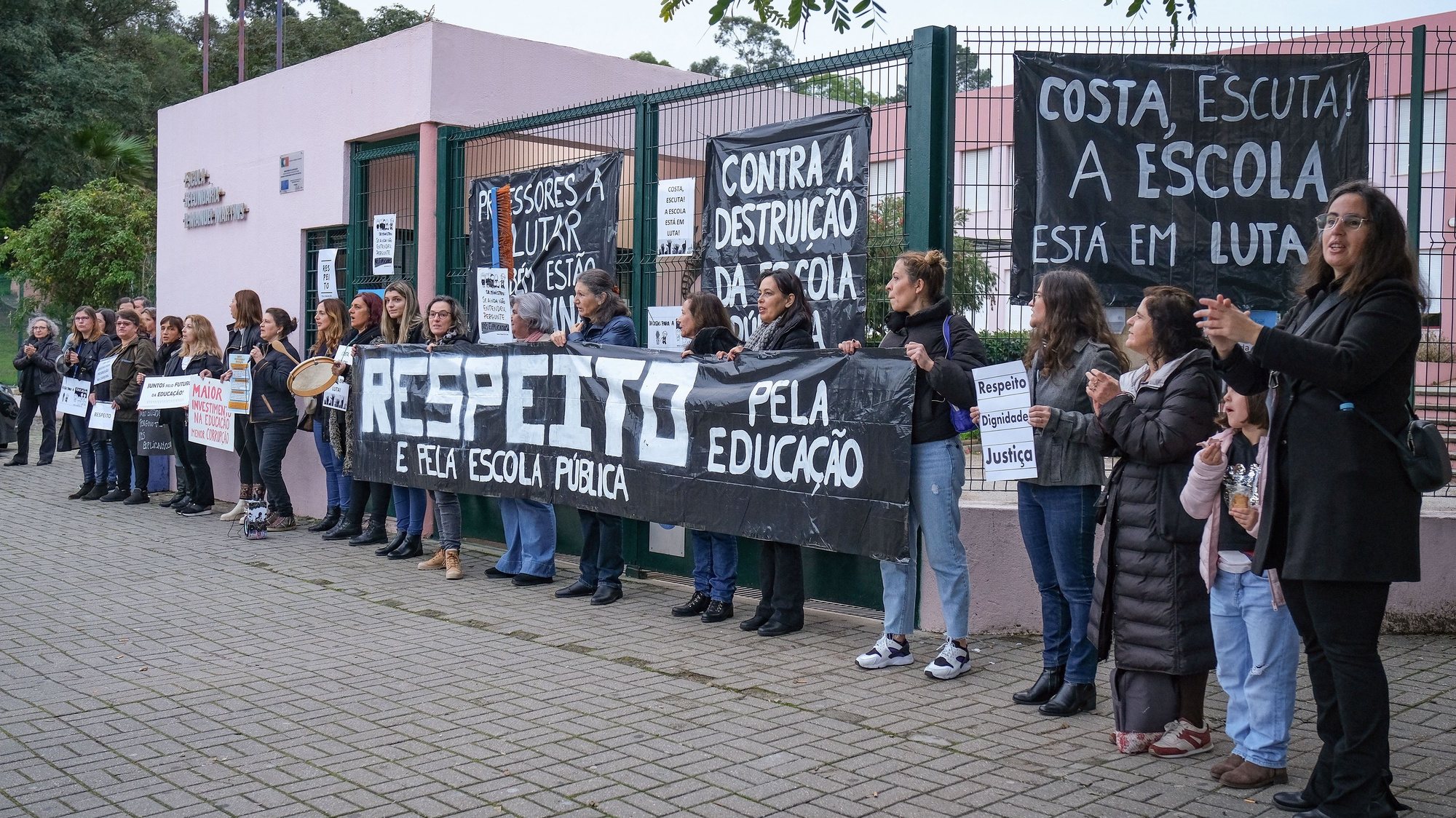 The Confederation of Parents said on Tuesday that given the teachers’ strikes and their duration, “the government must urgently introduce minimum services” to ensure students can stay at school safe and with food.

The National Confederation of Parents Associations (Confap) also expressed its concerns about the smooth running of schools and student assessment in connection with the teachers’ strikes, not questioning the legality of the strikes, but questioning the forms chosen by the teachers, such as the first shift strike and others.

“We confirm that we do not question the legality of the strike, but we cannot but take care, and this is our main duty, with education and with the social and educational conditions of families. Any disruption to the normal functioning of schools has a greater impact on the most vulnerable families and students, and this type of strike further punishes these families and these students,” Confap said in a note sent to Lusa.

Despite this understanding, the confederation questions “because this strike model is new” – a strike on the first day of school or any school day and indefinitely – the Ministry of Education should not take “measures within the meaning of assess the legality of this form of strike“.

The confederation emphasizes that this is “an important period for learning and assessment” and that “young people will soon be taking exams on which their future depends.”

“Everyone will understand that there is much more at stake than the present, it is the whole future of youth and us as a society, therefore require very thoughtful, assertive and bold decisions about what is happening in our public schools,” he says, adding that “the Ministry of Education is required to ensure that all conditions for the exercise of the right to education are met, and the right to strike is in accordance with current rules.” “.

It is time for CONFAP to rethink teaching and clearly invest in public schools as a critical pillar of society, which “calls for conscious negotiation between parties with the best interests of children and youth in mind.”

The confederation claims that the society was “surprised an unprecedented model of intervention with unclear consequences in a regime of omissions and permanence in schools which cannot be controlled by families and students and which, if maintained, will create enormous hardship for everyone, namely the families of children and young people who attend compulsory schooling, jeopardizing the income that families are necessary for their existence and even their own employment relationships.”

Given the context, it calls for “legislative work to ensure that any parent or guardian of students under the age of 12 is respectfully absent from work in the event of a forced closure of their student’s school.”

The Union of All Educational Workers (STOP) on December 9 began an indefinite strike, which should last at least until the end of the month, and will organize a march in Lisbon on Saturday.

Eight other entities, including the National Federation of Teachers (Fenprof), also called for a series of protests, including a county strike starting on Monday and a national demonstration on February 11.