Cartabia, FdI now speaks of a “clearance” of the obligation to sue: but he abstained in the Commission. While the M5 was asked to turn around 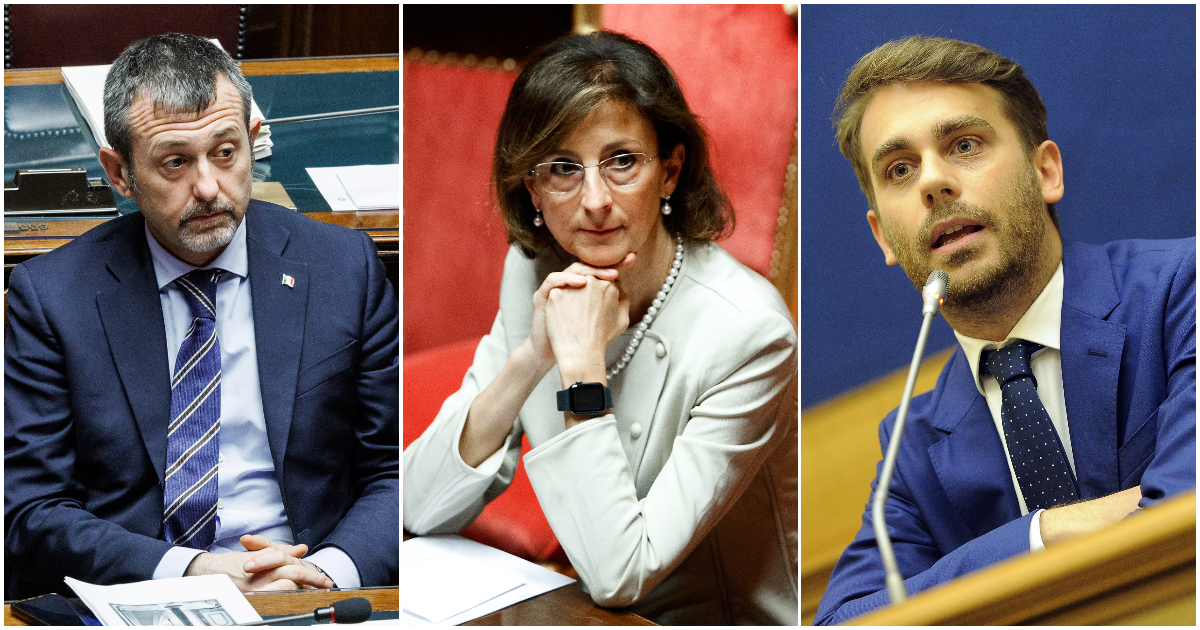 Deputy Secretary of State Andrea Delmastro vows to “overhaul” the impunity law. But during the consideration of the draft decree, only the Pentatellates denounced the risks they faced, voting against the opinion of the majority and presenting an alternative, which asked for the exclusion from criminal prosecution of crimes “creating intimidation of citizens”, such as kidnappings and private persons. violence. On the other hand, elected members of Meloni’s party did not say a word about it. And now they are attacked by grillini: “Crocodile tears”

Now Fratelli d’Italia is running for cover: “We are facing death blowal says Made Deputy Minister of Justice Andrea Delmastro, referring to the impunity already enjoyed by thieves and kidnappers thanks to the penitentiary reform of former Minister Marta Cartabia. And it ensures that the government “it’s already working”to change the situation in the part in which it puts at risk”security of citizens“by preventing prosecution for serious crimes if the victim does not file a complaint. But last September, when the text was being considered by the parliamentary commissions of justice, only one side condemned the risks whom he met. And it was not the FdI – at that time the only opposition force – but 5 star movement. The elected grillini, despite having voted (reluctantly) for the powers bill, criticized the Draghi government’s decision to prosecute great social anxietylike aggravated theft oh abductions “simply”. And for this they voted against a positive majority opinion proposing an alternative suggesting that the provision be changed. And the Melonians, who are now indignant, chose to abstain.

It helps to contextualize the story remember dates. The draft legislative decree, approved by the Council of Ministers on August 4, 2022, is being considered by the Senate. from 6 to 13 September and the Chamber between 8 and 15in recent sessions of the legislature. days intense election campaignin which no one is interested in debating legal niceties. However, in Montecitorio the deputy M5s Victor Ferrara insists precisely on the danger of extending the accusation to lawsuits, warning that this is a choice”wrongfor crimes “having a negative impact on willingness to act victim, and above all in the case of crimes involving, as evidenced by some recent news reports, threats and violence against the victim of a crime, with arrogant and evasive behavior”: for example, kidnappings and private violence. As explained did this public prosecutor Eugenio Albamonte, in fact these crimes “cause psychological submission which can greatly complicate the report. Nobody of the four deputies of the Brothers of Italy in the Commission of Justice, however, speaks on the topic or attached to the Movement arguments.

Not only. At the last meeting, when the Commission is to vote for binding opinion on the draft resolution, M5s proposes an alternative text to the rapporteur, favorable without comments Franco Vazio (PD). And he asks the government to “exclude from the list of crimes subject to change in the system of criminal prosecution from official to judicial, those that create intimidation of citizensaffecting their willingness to act in search of justice (crimes with threats and violence), and those that by their nature are of great difficulty for victims to manifest or even only understand (computer crimes and fraud), for example, related to: personal harm, private violence, kidnapping, threat, fraud, computer fraud, violent trespass.” But this offer it won’t even be up for a votebecause the Commission will first approve the rapporteur’s opinion, with only M5 opposition among the majority forces. And the Brothers of Italy? In his only speech, Deputy Gianluca Vinci announces abstention on behalf of the group. “We did not vote against because it was a reform. important for Pnrr”, now says did this. But the government’s business was to approve the decree, and only the Commission was to give an opinion on how to improve it. Vinci then states that he “absolutely agrees” with Delmastro’s words about “cleansing”: however, in the Commission, this issue did not seem to be a priority for those elected by the Georgia Meloni party: “They did not participate in any battlescompletely adhered to the government scheme,” recalls the former leader of the pentastellato group. Eugene Saittapresenting an alternative opinion.

The same dynamics in the Senate: in the reports no trace the intervention of the Brothers of Italy, while the senator 5s Alessandra Majorino he asked the speaker to include criticisms of the prosecution in the conclusion. The request was denied and as a result the group voted against the document. There is no explanation for the vote by the Melonians, but it can be assumed that in this case, too, the choice was to abstain. So now Giuseppe Conte’s party can claim to have “sounded the alarm trying to change the decree” in unsuspecting times. And catch Delmastro in a lie:His crocodile tears”, the attack on the deputies Stephanie Askari, Carl Julian And Valentina D’Orsotogether with the head of justice Julia Sarti. Recalling that “when the House Justice Committee had to reject an opinion in favor of a legislative decree in September, Fdi abstained. They’ve already vanished into thin air legal slogans the party of Georgia Meloni, already electrocuted in the path of Draghi’s unspecified agenda, austerity and impunity. Delmastro, with his government, had the opportunity in dl Rave to change the reform of Cartabia, but he did not. From sovereignty to impunity step was short. Now we must act immediately to correct Until it’s not too late“.

Share
Facebook
Twitter
Pinterest
WhatsApp
Previous article
ONLINE: Ukrainians eliminated 100 occupiers in Soledar at once. And the Russians are running out of ammo
Next article
“The giving of trust is the expropriation of the chambers.” But in the first 80 days of the reign, Meloni delivered it more times than Draghi and Conte.