“The giving of trust is the expropriation of the chambers.” But in the first 80 days of the reign, Meloni delivered it more times than Draghi and Conte. 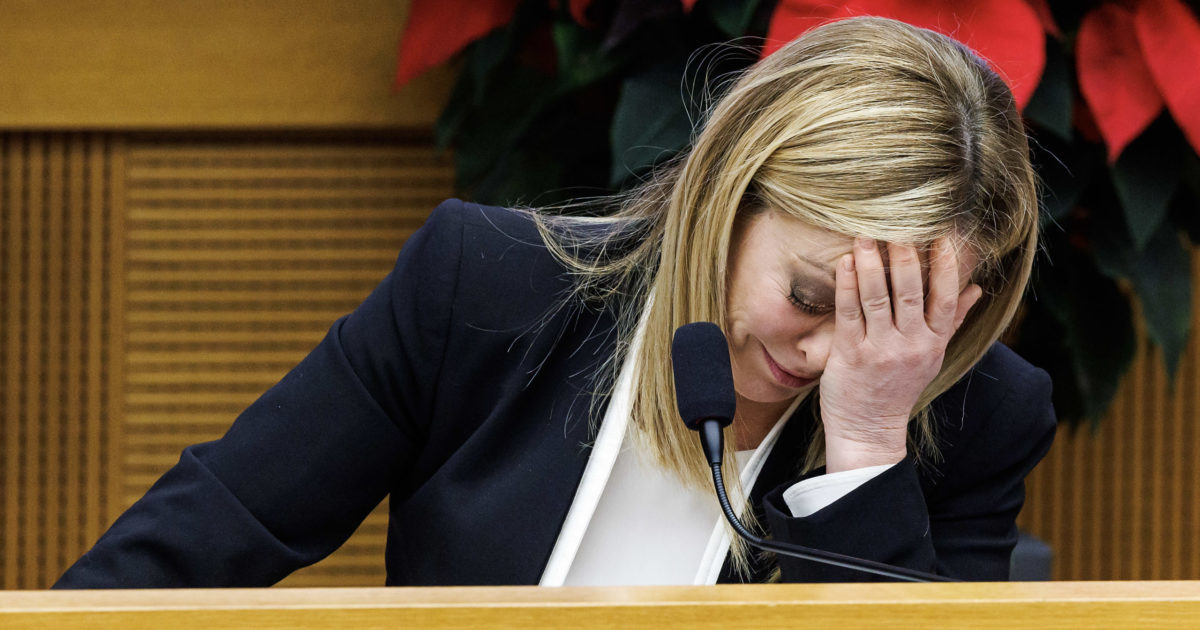 Since 2006, the FDI leader has vociferously opposed the use of the question of confidence, with which the government links measures to its own destiny. But in just two months, he published it five times, breaking the record compared to his predecessors. In Draghi’s financial report, he said “this is the expropriation of the chambers under the most important law of the state.” In a year it will be the same

In 2006 it was “oligarchic choice”, a “dramatic mistakein 2015 and a real “shame” in 2017. Worse still in 2021, even “the humiliation of Parliament, democratic drift”. A long time ago Georgia Meloni, one that, from the benches of the opposition, shot arrows at any government (of which it was not a part) that resorted to the question of confidence in the adoption of provisions, linking them to the fate of the government. All this before October 22 last year, because when it becomes a premiere, the music changes: votes of confidence flock as before, butdemocratic anxiety he is no longer heard. That’s right, with a decree help-quater Meloni CEO reaches 5 trusts at 81 days, Sundays were counted, and he broke all records in the sport in which he fought while in opposition; with the aggravating circumstance of having an overwhelming majority in parliament (57.8%), as few people have ever supported political government.

Confidence accounts say that Meloni has already beaten the previous tenants of the Palazzo Chigi, i.e. Mario Draghi ed, and both governments led by Joseph Conte. Draghi took office on February 13, 2021 and in the first 80 days trusted two measures, both in the Senate. The second government of Conte, between September 5 and November 14, 2019, twice asked for confidence from the Chamber and once from Sento, and the first (June 1 and August 10, 2018) never. And if it continues at this pace, it will be a legislative record: in XVI (2008-2013) were 96 votes of confidence on accounts1.6 per monthin the XVII (2013-2018) were 108 and in the last 106. Georgia beats everyone with an average of 2.5 per month. Playing with the numbers, we can say that – at the current rate – it will pick up a little by 2028. 150. For God’s sake, it’s okay if you don’t see a ghost”democratic problem”. But this is how the current prime minister saw us for years before he was prime minister. A bit like with excise taxes, with the oppositionist Meloni, who promises its abolition from the car interior and the one who removes discounts from government shops. Just rewind the tape to find another Georgia.

in 2006 there was also the Prodi Union and the youngest vice-president of the Chamber raised her voice against the decision of the government to raise the issue of financial confidence. “Most reveal their oligarchic vocationsubtracting economic accounts from the Italians and rewriting them under the cover of darkness in the Council of Ministers! On this point, Meloni is proving to be consistent 15 years later, so much so that on 30 September 2021 he will write to President Mattarella to denounce the “very serious act of arrogance” that the Draghi government allegedly committed against Parliament when considering the budget package: “The executive branch and its majority expropriated the Chambers the right to check the most important law of the state! Too bad it’s the same trust issue he just asked when it was her turn, just a year later. Georgia Meloni also accused Draghi of the heterogeneous goals of confidence-flavored measures such as criminal and civil justice and the green pass. The practice, due to which the parliament was “humiliated by one disturbing drift”. Having come to the government, having only one confidence in the Chamber, she passed the exams together.treats at rave parties and the restoration of antiquity doctors, who are just as poorly versed. But Georgia is fine now.

Share
Facebook
Twitter
Pinterest
WhatsApp
Previous article
Cartabia, FdI now speaks of a “clearance” of the obligation to sue: but he abstained in the Commission. While the M5 was asked to turn around
Next article
Zimbabwe against multinational corporations, stop the export of raw lithium. “We want to develop local industry”