When Meloni said during the election campaign: “The state cannot make money on the increase in bills, it should not take excise taxes or VAT.” 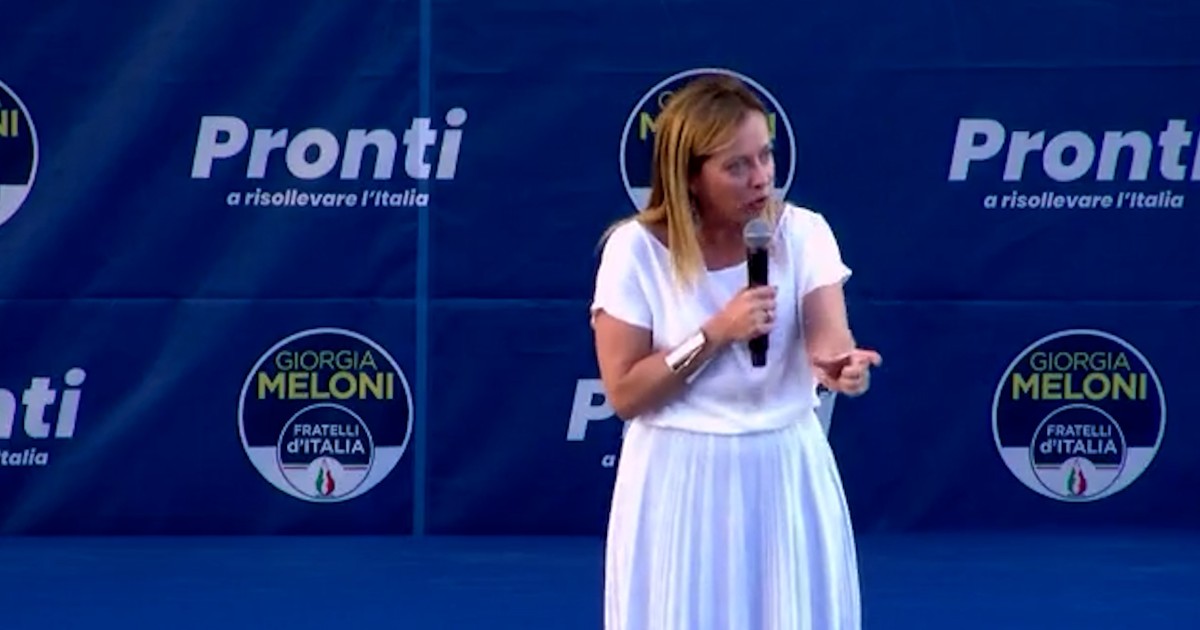 “One more thing needs to be done immediately, a proposal that the Brothers of Italy have been nurturing for months, in truth for weeks with great persistence. If the bill increases, the government’s revenues also increase because the government receives VAT. So, the first rule: the state cannot benefit from this disaster, therefore you must cut off from me all the burdens of the excess part, that is, the part of the increase. In general, the state does not levy excise taxes and VAT. First rule!” Like this Georgia Meloni during a rally in Milan’s Piazza Duomo on September 11, at the height of the election campaign, he spoke of the state’s obligations in the event of an increase in the bill. On Tuesday, January 11, in a Georgia Notes video, the prime minister said that during the last election campaign, she never spoke about reducing excise taxes on gasoline, but in fact the intention was spelled out in paragraph 17 of the same program. selective. Meloni responded to the controversy by acknowledging that yes, there is a commitment in the program “to sterilize government revenue from energy and fuel taxes and automatically reduce VAT and excises”, but that means “if you have more revenue from rising fuel prices” , they should be used “to reduce taxes”, and the state “had no more revenue.” Figures of the Ministry of Economy on tax revenues, however, they say otherwise.