Lawyers criticize guardianship for not requiring minimum services in schools 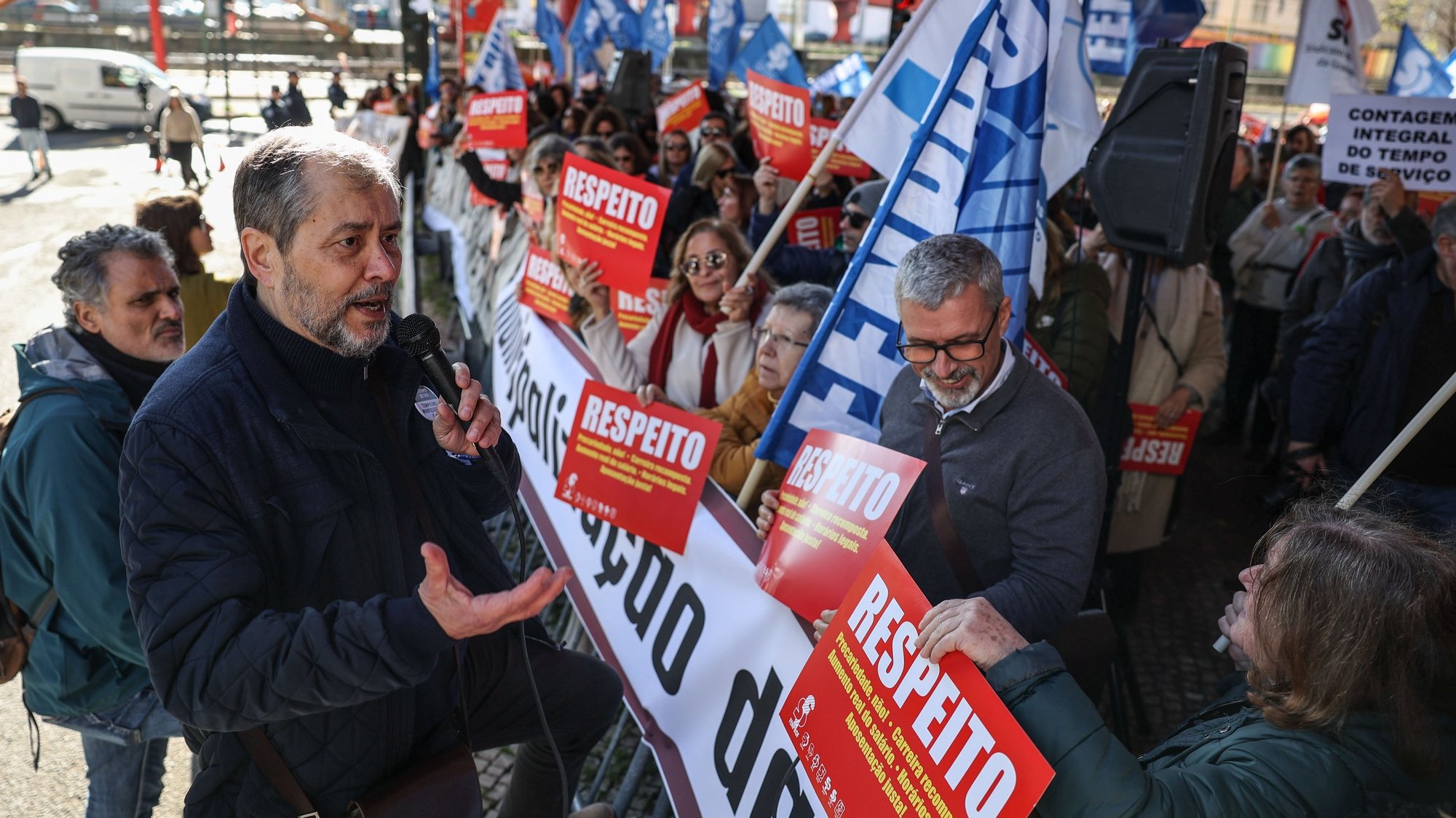 Labor law experts argue that the Ministry of Education should have prevented the consequences of the current teachers’ strike by setting minimum services in a timely manner to guarantee students’ right to education.

The Ministry of Education (MOE) said on Wednesday that it has requested a legal opinion from the Prosecutor General’s Office (GPO) and the State Center for Legal Competence on legality of STOP and SIPE teacher strikes.

Among the main doubts is the fact that unions have gone on strike indefinitely, and now the ability to request minimum services guaranteeing the right to education.

For labor law specialist Rita Garcia Pereira, teacher strike is not illegalbecause the current legislation does not define the maximum strike time, that is, “there may be strikes that do not have deadlines.”

“The possibility of partial strikes is also not in doubt,” the expert said, adding that “even if abuses are possible, it will be a problem for the workers who carry them out, and not for the strike as it was announced.”

Fausto Leite believed that the definition indefinite strike “disproportionate”: “Children’s education is a fundamental right that cannot be limited either,” he said.

“Strike is a right, but students also have a right to education.. This right must be adequate and proportionate. It does not seem to me that all these days listed here (in the trade union strike notices) satisfy these principles of necessity, adequacy and proportionality,” criticized Fausto Leite.

Despite differing views, the two experts are unanimous in criticizing the Ministry of Education for not defining minimum services to guarantee students access to education.

“The ministry failed because it had to pre-request the provision and setup of minimum services,” said a specialist with more than half a century of experience in the world of work.

Rita Garcia Pereira also defended this minimum services should be definedbut recalled that the “legal deadlines” for this have already been exceeded.

According to the specialist, the minimum services should be determined within three days after the strike notice was served: “I have reasonable legal doubts that it can be requested out of time, under the pretext that the strike is a limited period of time. But as a citizen, I have no doubt that this is exactly what will happen,” she said.

However, Rita Garcia Pereira emphasized that “the minimum of services is not the maximum of services”, i.e. do not serve to ensure that all students attend all classes.

According to Rita Garcia Pereira, the minimum services served to ensure that “students had lessons in core subjects” and it was necessary to determine which subjects were core for each level of education.

“There was a time when [o ministério] could have done everything according to the law, but did notbecause I think the ministry didn’t realize the scale of this strike. When the notification came out, it could start all the mechanisms, whether there was a need for minimal services or not,” said Rita Garcia Pereira.

The National Confederation of Parents’ Associations defended that the government should “immediately introduce minimum services,” while the guardianship requested two legal opinions.

However, António García Pereira recalled that these are “legal opinions” and that only the courts can determine whether a strike is illegal.

According to António Garcia Pereira, the current teachers’ strike is legal and does not allow minimum services to be determined.

“The ministry is on edge,” the expert said, accusing the ministry of wanting “to intimidate the warring people with insinuations that the strike will be illegal and that there may be consequences of unreasonable absences and other things.” . Genre “.

“This type of opinion, requested from this type of entity, has a curious feature always give a reason to those who command them”, he accused.

In December, the Union of All Educational Workers (STOP) began an indefinite strike, which should last at least until the end of the month.

The Independent Union of Teachers and Educators (SIPE) also called a partial strike in the first school period until February, and a district strike was held from January 16 to February 8, organized by eight trade union structures, including SIPE and the National Federation. teachers (Fenprof).

At stake are old problems related to teaching careers and general working conditions, as well as proposals submitted by the Ministry for a new recruitment and placement regime, which are still under consideration.