Kotsourkov at the council in Prague: 18 hours of whining, confusion and arguments! The mayor is still waiting 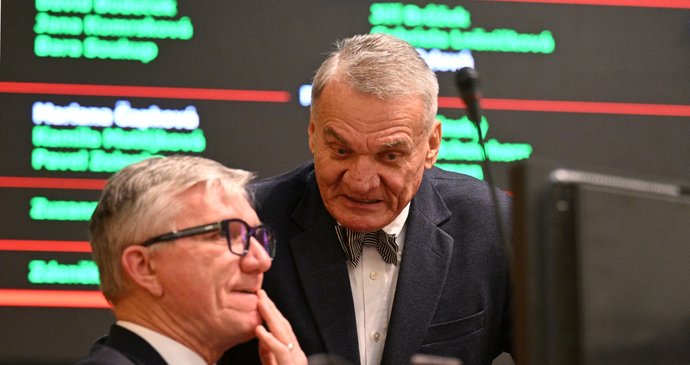 The representatives of Prague created 14 committees and elected their members on Friday evening in continuation of their constituent assembly. This was preceded by about 18 hours of negotiations, accompanied by a number of interruptions and confusion, for example, the deputies pointed out to each other who was to blame for the fact that even two months after the elections, a new coalition was not formed. formed in the municipality. After midnight, outgoing mayor Zdeněk Hřib (Pirates) proposed the creation of a new energy committee and, using the regulation section, interrupted the discussion of the committee item until 09:00, but in the end, the deputies began to discuss again at 03:00. They then postponed the meeting, which was followed by lengthy arguments from Thursday morning until December 15th.

A long discussion was initially raised by the question of whether 14 council committees should be formed and their members elected. The proposal was presented by the Spolu coalition (ODS, TOP 09 and KDU-ČSL) and was supported by ANO and SPD in particular. Spolu said committees were to be set up to discuss publications approved by the council, thus reflecting the opinion of the incumbent councilor elected in this year’s elections. Already in the first part of the meeting on November 3, representatives created the fincial control and school commissions.

The proposal was criticized by some members of Praha Sobě and Pirátů, who considered the creation of committees unnecessary. “Committees, on the other hand, should have been here a long time ago. At this point, it is high time for us to get to work.” said spokesman and mayor of Prague 9 Tomasz Portlik (ODS).

The formation of the committees was the last item, the deputies began to discuss it on Thursday until 20:00. The meeting began at 09:00. The elections filly took place on Friday from 03:00, meanwhile the Pirates and Prague Soba broke off negotiations for about three hours, and it looked like that the break would be until 09:00, which was criticized by representatives of Spolu.

As a result, the clubs agreed that it makes no sense to wait so long. Hřib’s origil proposal to create a new energy committee, which caused the meeting to be adjourned, was not voted on. In a number of cases, the elections were also accompanied by a vote on which grouping in the council would be the chairman of this committee. The deputies called the process a “shootout”. The distribution of seats in the committees is assumed to be temporary.

During the meeting, the representatives also accused each other of the fact that the coalition has not yet been formed. The representatives of Spolu accused Praha Sobě and the pirates of this, who have concluded the Stability Alliance and act together in the negotiations. On the contrary, they called Spolu the cause of the situation. Both sides then accused each other of being the other side “whining” about the current situation. “Election winner and runner-up they have enough votes to form a coalition, so they whine that the fourth in the elections is blocking negotiations”, said representative Kristi Drapalova (Prague Sobe). “I didn’t notice that I was here,” said Spolu chairman Zdeněk Zajicek.

Representatives also argued over other issues, such as the repeal of several councilors’ ordinces in the social sphere, which were proposed by the Spolu coalition. Representatives blamed each other for who and how well or poorly worked. Filly, after a few hours, they suspended discussion of the document until the next meeting.

The longest wait in history

This year, the wait for the mayor of Prague was the longest in the history of the independent Czech Republic. 52 days have already passed since the September elections, and the form of the future municipal coalition is still unknown. At the same time, since the elections in the fall of 1994, the longest wait for the election of a new city mager was one and a half months. In 2010, the council and mayor were elected 45 days after the election, four years later it took just one more day. In 1994 and 1998, mayors were elected less than two weeks after the election.

Even Chuck Norris is crying… He sent a touching message to heaven to his dead friend!