Peter drove the woman to the hospital at a speed of 117 km/h. He lost his driver’s license! Expert: Violent 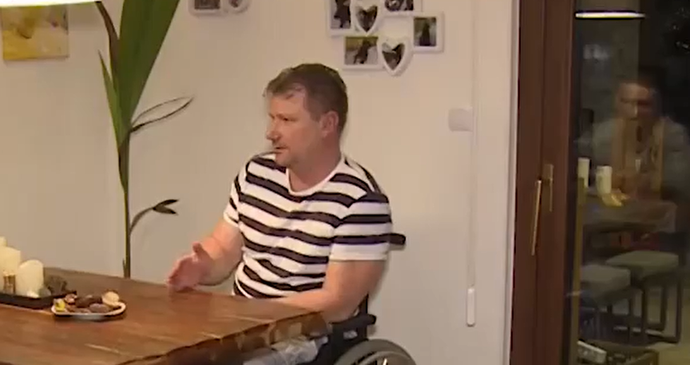 The real shock awaited Petr Ch., who lives with his family in Zytka near Prague. At the end of August, his wife went into labor unexpectedly, so around 2:00 a.m. he got into his car and drove to a maternity hospital in Prague. But he exceeded the speed limit on Strakonitskaya. Before Christmas, he received a decision from the municipality – his driver’s license was confiscated for eight months! How will the road expert comment on the whole situation?

Peter in a wheelchair was very worried about his wife, who was expecting twins. She had a high-risk pregncy, was leaking amniotic fluid, and was 1.5 months premature. “At the maternity hospital, we were told that if something happens and something is wrong, we must come”, – Piotr told CNN Prima News, who drew attention to the whole story. In Strakonitskaya, a radar photographed him in a car at two in the morning, measuring a speed of 117 km / h. A little further, the police stopped Piotr in his car for speeding when he explained the situation to them, they escorted him to the maternity ward with beacons.

Before Christmas came very unpleasant news – Peter’s license was taken away for speeding! “They took him away from me for eight months, while actually supporting me. We have a mortgage on the house, and my girlfriend is on maternity leave, so if I was unemployed, I would stop paying the mortgage, and we would probably end up on the street, ”commented Peter. It is alleged that the official who made the decision on the fine stated, among other things, that the children were born only a few hours after Peter brought his wife to the maternity hospital.

According to the representative of the Prague municipality Vit Hofman, the verdict cannot be abandoned. “I understand the reasons, but on the other hand there is an ambulance service,” he commented on the decision.

Traffic Expert: It’s on the Edge

However, traffic expert Roman Budsky from the Vize 0 platform does not agree with this, according to him, the imposition of such a punishment is very close. The misdemeanor law refers to a so-called state of emergency, which poses a direct threat to the interests protected by law. Preventing such a condition by “otherwise crimil act” is not a crimil act or offence. “Human health and life is undoubtedly a legally protected interest.Budsky said to Blesk.

“Amniotic fluid flowed, I had to quickly find a medical facility. The employee refers to the fact that the danger could have been prevented in another way – to call an ambulance. I persolly think it is on the edge”, he decided.

“I think you can look at it from the point of view of the person who behaved this way. He is an amateur, he is an amateur, he himself stated that the doctors said that if symptoms appeared, let them take my mother to the hospital. He did everything possible so that there was no harm to either the health of the mother or the newborn.. If the investigation was carried out sensitively, all circumstances were taken into account, i.e. the fact that the police escorted the man after all, so it was probably a serious situation, as well as instructions from the medical staff, it could have been more humane. If I had to speak for myself I would say yes this is an unnecessarily strict decision, they will definitely need a car. seems pretty cruel to meBudsky added. Peter appealed this decision.