Lord of the Dance star Flatley (64): an aggressive form of cancer! 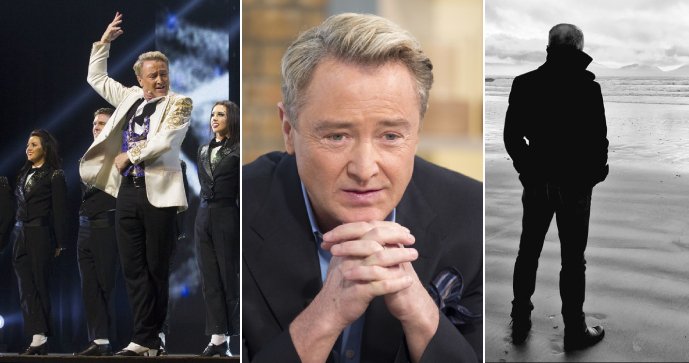 Celebrity dancer Michael Flatley (64), the founder of the popular show Lord of the Dance, through his team through social networks, told his fans the very sad news – he is battling an aggressive form of cancer. He even had surgery…

Bad news that alarmed all fans of both Michael Flatley and his show Lord of the dance, appeared on Instagram along with a black and white photo of the dancer. In it, Flatley stands with his back to the camera on the beach, gazing thoughtfully out to sea. “Dear friends, we would like to share something very persol with you. Michael Flatley has been diagnosed with an aggressive form of cancer. He underwent surgery and is under the care of an excellent team of doctors.” his colleagues said.

“We will not be making any further comments at this time. We only ask for your prayers and well wishes. Thank you,” added the team of a well-known American with Irish roots, who was supposed to find out about his serious health condition shortly before Christmas. What form of cancer is not specified. In the past, the dancer was diagnosed with skin cancer, he had a pigment cell tumor – “strange freckle”, as described by Flatley himself. But this malignt melanoma was not malignt.

Michael Flatley, also known as the Celtic Tiger (which means “Celtic Tiger” in Czech), gained worldwide popularity thanks to the aforementioned dance show, which has been running for an incredible 25 years and refers specifically to the Celtic traditions. Flatley with Lord of the dance he visited 60 countries on five continents and performed in the Czech Republic, among others.

Flatley, who first publicly presented his dancing talent in Eurovision in 1994 he had not performed for the past seven years, enjoying dancing and family life with his wife Niamh (44) and son Michael (15). However, he still actively maged the choreography, the quality of the stage work, and even the selection of the dancers themselves for his show.

Share
Facebook
Twitter
Pinterest
WhatsApp
Previous article
The driver on the highway D10 stopped in an accident: She was hit by another car! She wanted to help, she herself died …
Next article
A tragicomedy from life and from the hospital. The Prague Drama Stage announces two new plays from the present