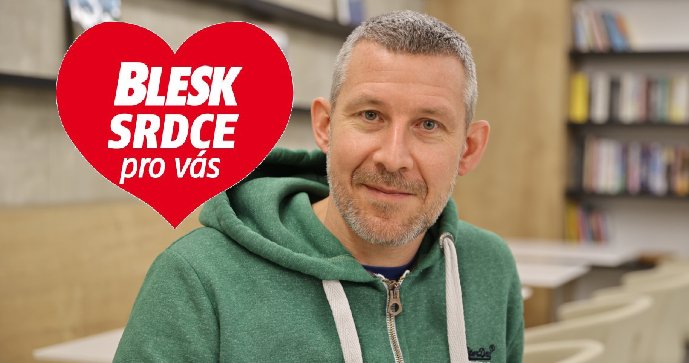 Little is said about it, but testicular cancer is the most common maligncy in men between the ages of 15 and 40. Jan Trnka (44) from Prague also fell ill with it. After recovery, he began to help with prevention, encouraging men to self-examition.

The story of Jan Trnka began in 2006 when he was 28 years old and he and his wife were expecting the birth of their second daughter. “I was very tired for a while, and the doctors did not know what was happening to me after the examition. Then I felt something on my testicle. It was a tumor.” tells.

It was a shock for him when he was not even examined in urology. “They say I look after myself too much, they told me” recalls Jan Trnka, who did not allow himself to be dissuaded and went back to the doctor three weeks later. “This time the check was more thorough. I had surgery to remove my testicles as soon as possible, followed by four rounds of chemotherapy.” description.

Illness sent him to charity. In 2009, he invented the Ball Watcher app to warn other guys about the risk of testicular cancer. Currently, he is not working because of money. They are looking for 50 thousand crowns so that it can be extended from the new year. In the meantime, he joined the Jessenius Dialogue organization, which Shine writes about in the Heart for You project. “We have created a similar app for women so that they can examine their breasts on their own,” he explained. “Hands on Chest” can be downloaded for free on your mobile phone.

He discovered the tumor by accident

Before his illness, Jan Trnka did not conduct a self-examition, as all men should do at least once a month. “I discovered the tumor by accident. I knew two people who had gone through this, so I thought the fatigue might be related to the cancer. Also, I wanted to know what was wrong with me, so I read a lot on the Internet. I found that fatigue may be just one of the symptoms.” described.

This is a charity and annual event with a mustache symbol, which men also grow during the month to support the idea of ​​the project. The purpose of the charity is to raise funds while raising awareness about men’s health. Particular attention is paid to the promotion of healthy lifestyles for men and education in the field of male diseases such as testicular cancer and prostate cancer.

The power of patient organizations

Many people learn about the diagnosis at the door of the doctor’s office, which they then leave and are replaced by another patient. But at this moment, thousands of questions fly through his head. “Doctors are overwhelmed, so many nonprofits can help. That is their strength.” – says Jan Trnka, who 16 years ago did not have such an opportunity or did not know about it. “A lot of people asked me questions and I really didn’t have anything to say to them because I didn’t know what. That’s why then I started blogging and sending it to my friends.” he recalls, saying that simply sharing experiences can help other patients as well.

You can help too!

For the organization to help, every crown will come in handy. To a large extent, it also depends on dotions. Pyou can too! Simply send any fincial contribution to the transparent account 19-319319339/0800

Share
Facebook
Twitter
Pinterest
WhatsApp
Previous article
IOC-UNESCO is launching this Friday “Blue Friday” against consumerism and for the protection of the oceans.
Next article
The General Directorate of Budget publishes this Friday the execution of the budget until October