Street: This is a shock! Unexpected separation of Lumir and Katerina. Is Ingrid behind this? 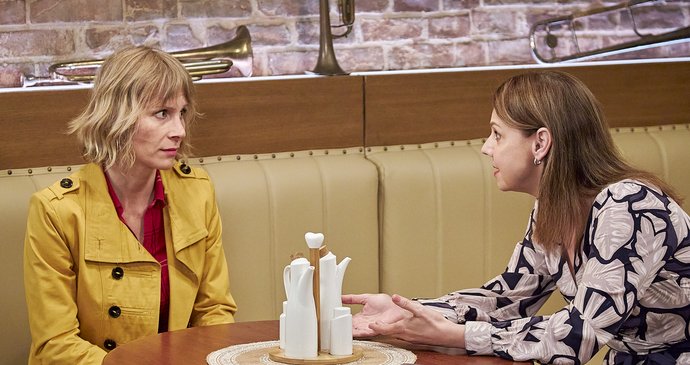 Katerina (Martina Randova) now regrets that a few days ago Ingrid (Yana Sovakova) opened the topic of living together with Lumir (Vaclav Svoboda). In doing so, she unconsciously touched a very sensitive point. Although they later talked about it and she repeatedly assured Ingrid that she did not want to deprive her of her home or evict her from Lumir in the near future, a taste of discord remains between them. Since then, Ingrid behaves differently. He became more withdrawn, things are no longer the same between them. Katerzhina regrets all the more that she really cares about her relationship with Lumir and his relatives. He knows what Lumir and his son Lexik (Philip Hornyak) have been through, and how important Ingrid is to Lexik. But even her level of understanding and empathy has its limits, especially when Vilma Nyklova (Yaroslava Obermayerova) starts to delve into this tense situation between them again.

See what’s happening this week on the street:

It all started with Ingrid’s relatively sudden departure to Malkovo because of her sick nephew, whom she took care of after her sister’s tragic death. As soon as it becomes clear that there is nothing serious, Vilma Nyklova suspects that Katerina is the main reason for Ingrid’s departure. Of course he won’t keep it to himself. She again begins to relate to Lumir, begins to slander Katerzhina, who for her is another evil from Decin, and vice versa to stand up for Ingrid, who, according to her, is being harmed. Niklova takes it for granted that Katerina wants to kick Ingrid out of the house. Lumir always cuts down his mother and stands up for Katherina, but this time it is also clear to him that there is more to Ingrid’s departure than caring for her decrepit nephew.

When she later mentions this to Katherine and again brings up the misunderstanding between her and Ingrid, the hitherto understanding Katherine finally runs out of patience. She refuses to tiptoe around Ingrid, apologizing endlessly for things she didn’t even do and becoming the object of hostility from Lumir’s loved ones and the lightning rod that it all comes down to. He just can’t hold back any longer and directly tells Lumir how he perceives everything. Unfortunately, he does not choose the best moment for this. Then it really takes quite a bit for words to fall from both sides, which are frozen and which are no longer so easy to take back. So this week, Katerina and Lumir’s relationship will start to shake on its foundations… Will they overcome this crisis together, or will they break up just a week before Advent, although they love each other and would like to be together?

Share
Facebook
Twitter
Pinterest
WhatsApp
Previous article
The first Advent is coming: the largest Christmas markets in the Czech Republic will start on Saturday after a two-year break
Next article
The Great American Prank. The election schedule is both encouraging and warning for the two largest parties.

Street: A letter from the grave completely changed Magda’s life. What did she wear again?

Sagittarius women are impossible to miss in the crowd! How do they dress and what should they have?

Street: A letter from the grave completely changed Magda’s life. What did she wear again?

Sagittarius women are impossible to miss in the crowd! How do they dress and what should they have?

How to become an oral sex goddess: follow the advice of professionals

Get ready for the holidays. We offer you tips for your peaceful Christmas

Sex for sale! Every woman has a price, says Beauty from Dubai

5 tips for traveling to Austria that even children can easily handle. It’s not to be missed!