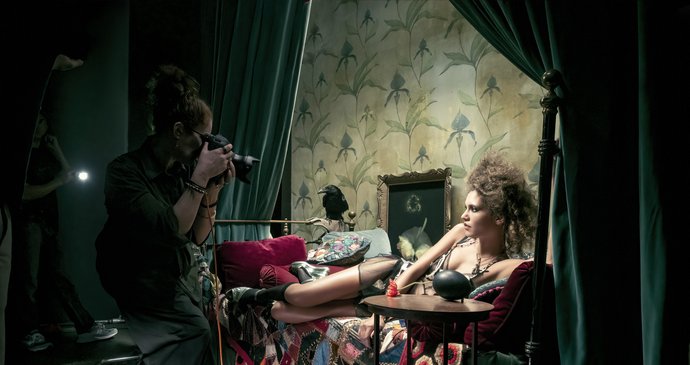 Emma Summerton is the fifth woman to create the calendar since it was first published in 1964. Her predecessors were Sara Moon in 1972, Joyce Tenenson in 1989, Ines Van Lamsweerde (of the duo Ines and Vinood) in 2007 and Annie Leibovitz in 2000 and 2016. This year, Emma Summerton, along with director Carlo Alberto Orecchio, also filmed a video featuring a calendar for 2023.

Charming, inspiring women and their professions

“In the calendar, I wanted to return to the etymological origin of the word muse. Initially, the muse was a source that not only inspired, but also gave talents in the field of literature, science and art,” explains Emma Summerton. “I am fascinated by women who do extraordinary, creative things, women who, starting with my mother, have inspired me throughout my life and throughout my career. These are the people from whom I have learned a lot: writers, photographers, poets, actresses and directors. For these reasons, I thought to pay homage to them with a calendar and create a world in it in which they could imagine themselves.”

All photographs are in the dreamy style typical of Emma Summerton’s work. The choice of models was not accidental. Each of them is close to the muse that she portrays on stage. The photographs were taken in London and New York in June and July. “In my images, the line between the role of models and who they really are is not clearly defined, everything merges together, creating images that celebrate magical realism,” the photographer explains.

For example, Guinevere Van Senus is not only a supermodel, but also a photographer; Lauren Wasser is not only an athlete, but also a model; Ashley Graham, who portrays the activist on the calendar, is known for her support of body positivity; Precious Lee is a storyteller because she loves writing scripts and stories. You can also find Karlie Kloss, Emily Ratajkowski, Cara Delevingne, Bella Hadid and more as other muses of inspiration.

You’d be hard pressed to pick just one: 30 haute couture dresses from Paris that will make your eyes water!

Teresa Ramba revealed the details from behind the scenes of the TV series Docent. Who argued the most and what they can’t even...

The most famous beauties without makeup. Do you even recognize them?

You’d be hard pressed to pick just one: 30 haute couture dresses from Paris that will make your eyes water!

Teresa Ramba revealed the details from behind the scenes of the TV series Docent. Who argued the most and what they can’t even...

The most famous beauties without makeup. Do you even recognize them?

Drama on the street: Carla, who passed out at the limit of her strength, in a fierce battle with the paranoid Mara.

Skin peel testing: What kind of skin after it does not irritate and glows beautifully?