New character Ulice: Martina will break into the series like a tornado! Will Vendul ruin the relationship? 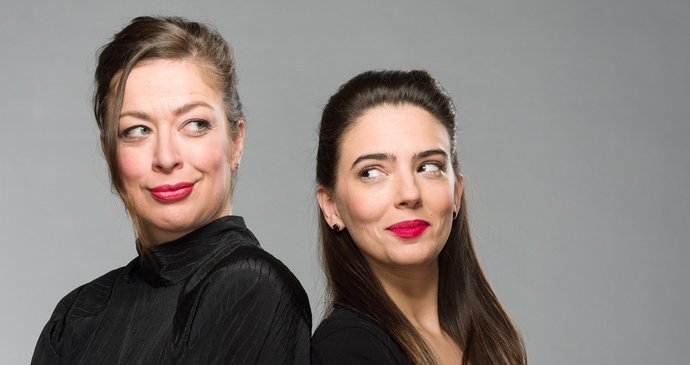 It is often said about children that the apple does not fall far from the tree. It is not only mutual appearance with one of the parents, but mainly their behavior. Martina Dubovska (Natalie Holikova)the daughter of the owner of a pub in Katerzyna Street (Martina Randova), is among the descendants to whom this letter refers. She is as energetic as her mother, has charisma and temperament, full of charm and sense of humor. She usually takes things calmly, but, like Kateryna, she can speak out harshly if she runs out of patience or if she feels that someone is treating her unfairly. In addition, she also entered the hospitality industry. Unlike her mother, she made a career abroad, where she worked her way up from a pika to a chef at a famous restaurant in an Italian ski resort.

See what awaits the heroes of the series in the new season:

Now Martina appears out of the blue in the Street, although she and her mother agreed that they would only see each other again at Easter. It had only been a few days since Katerina had returned from her, so she couldn’t have dreamed that she would be reunited with her so soon. However, the time spent together turned out to be not quite what they had imagined, because Martine had to use the services of a colleague who took the day off during the holidays to be with his family.

But there was no sign that any trouble was coming, although Martina was heavily overworked at the time and didn’t have much fun with her mother. The more Katerina is surprised by the arrival of her daughter. From the initial shock, he quickly turns to the great joy of meeting Martina again. However, a completely different feeling immediately sets in – caring for a child. Katerina’s mother simply cannot refuse herself. He immediately begins to find out what is behind the arrival of Martina.

However, Katerina won’t be the only one who won’t believe her eyes when she sees Martina. She also causes a lot of excitement at Vendulina’s bistro (Anezhka Rusevova) or at Lumir’s (Vaclav Svoboda) house, where she also meets the fearsome head of the family, Vilma Nyklova (Yaroslava Obermaerov), who now tolerates Katerina as Lumir’s girlfriend, but is certainly not thrilled. from these relationships. How will Wilma accept the imminent Martina? What trouble will Lumir have with Martina? Why is Martina coming and what is her relationship with her mother like? Not only these questions will be answered by the events in the new parts of the Street.

She portrays Martina Dubovska. Natalie Holikova, longtime member of the artistic ensemble of the Klicper Theater in Hradec Králové.. Originally from Ostrava, she studied music and drama at the Janáček Academy in Brno after graduating from high school. Already during her studies, she performed at the Moravian-Silesian National Theatre, then worked for one season at the Drama Studio in Usti nad Labem. She has played cameo roles in several TV series, The street is her first big opportunity in front of the cameras.

Share
Facebook
Twitter
Pinterest
WhatsApp
Previous article
The new generation of OLED panels for smartphones from Samsung has a maximum brightness of up to 2000 nits.
Next article
Coronavirus ONLINE: 687 cases on Monday in the Czech Republic. There are 450 people in hospitals.

Babisha was the only one who was not afraid and flirted with the model. What else you might not know about the loser...

Babisha was the only one who was not afraid and flirted with the modeling business. What else you might not know about the...