Marcelo says that “in a democracy, a protest is always right” as long as it respects others. 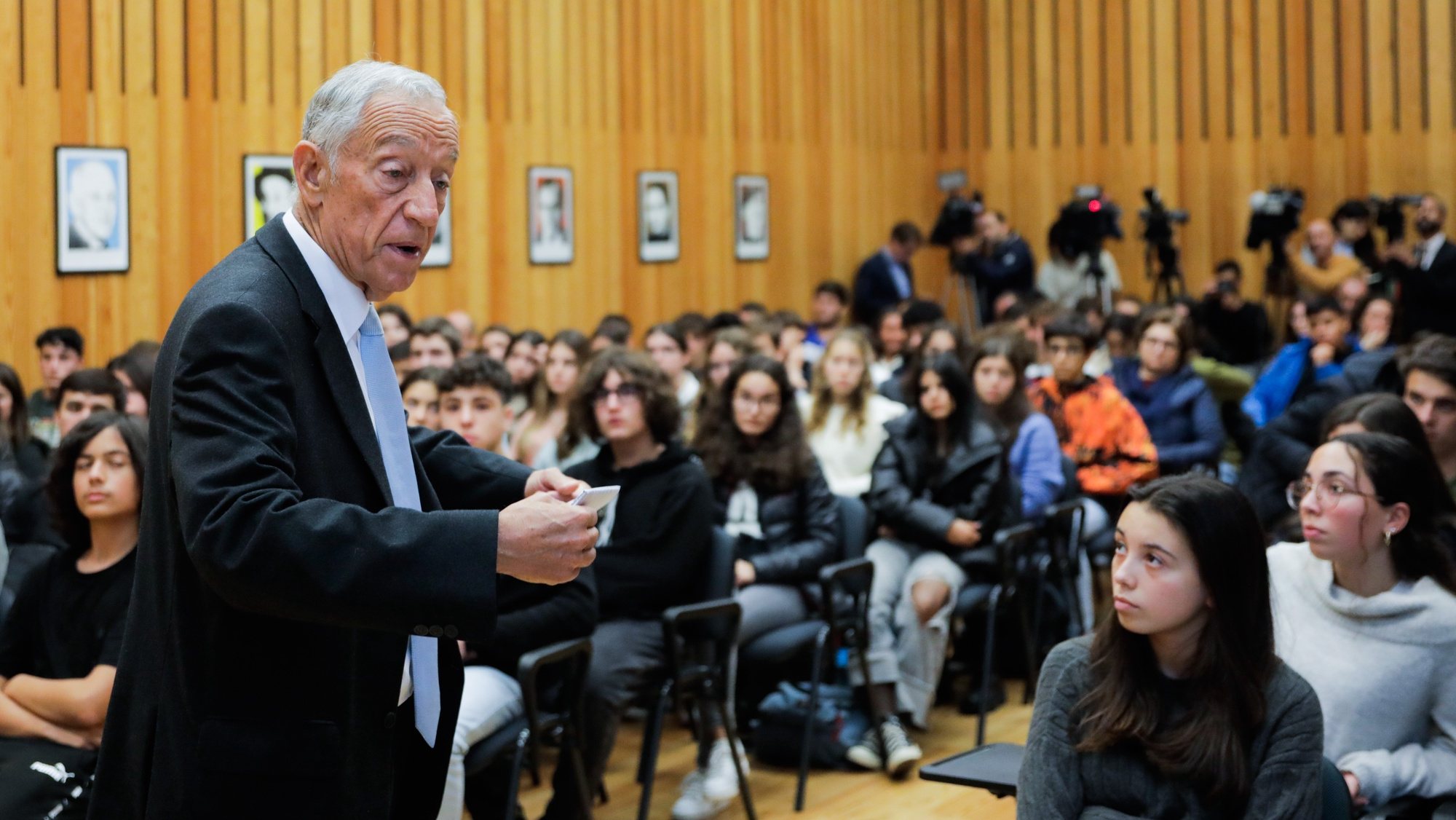 President of the Republic Marcelo Rebelo de Sousa said on Tuesday that “in a democracy, protest is always right” as long as it respects and does not conflict with the fundamental rights of others.

The head of state spoke in a debate class with 10th and 12th grade students of the Escola Secundária Domingos Sequeira in Leiria after being asked about the protest that young activists promoted this month, which included the takeover of high schools and colleges in Lisbon calls for the preservation of the planet.

In response, the head of state stressed that “what distinguishes democracy from dictatorship is that in dictatorships there is no protest in the most radical ones, in others either those who are for dictatorship protest or demonstrate, or there are a lot of restrictions, so many restrictions for protests,” which There are no protests in practice.

To students, Marcelo Rebelo de Sousa later recalled that he lived in “a regime in which there was neither freedom of association, nor the right to assemble, nor to demonstrate widely and effectively.”

“Everything needed permissions that in practice suppressed these rights, the same with regard to freedom of expression and freedom of the press,” he continued. emphasizing that forms of protest should, “to the extent possible, respect the rights of others” and, “there, it’s a question of compatibility.”

This month, young activists protested against the takeover of high schools and colleges in Lisbon, calling for saving the planet.

During the climate march, dozens of protesters stormed a building in Lisbon that was hosting a private event featuring António Costa Silva, who later deemed the demonstration “absolutely legal”.

All classes were peaceful, but the director of the Lisbon Faculty of Arts called the police, who took away the students, four of whom were arrested and heard in court today, with a court date set for the 29th.

The President of the Republic also referred to the demonstrations outside the Belém Palace in Lisbon during the recent visit of Brazilian President-elect Lula da Silva.

🇧🇷There was a demonstration for and a demonstration against🇧🇷 (…) And they managed to say everything they had to say for and against, not only to President Lula, but to each other for hours,” he added in a peaceful tone.

For Marcelo Rebelo de Souza, protesting “towards young people is the most natural thing in the world,” despite the fact that you can protest at any age, “but it is much more natural to protest when you have a different dynamism, a different ability and accessibility.” protest.”