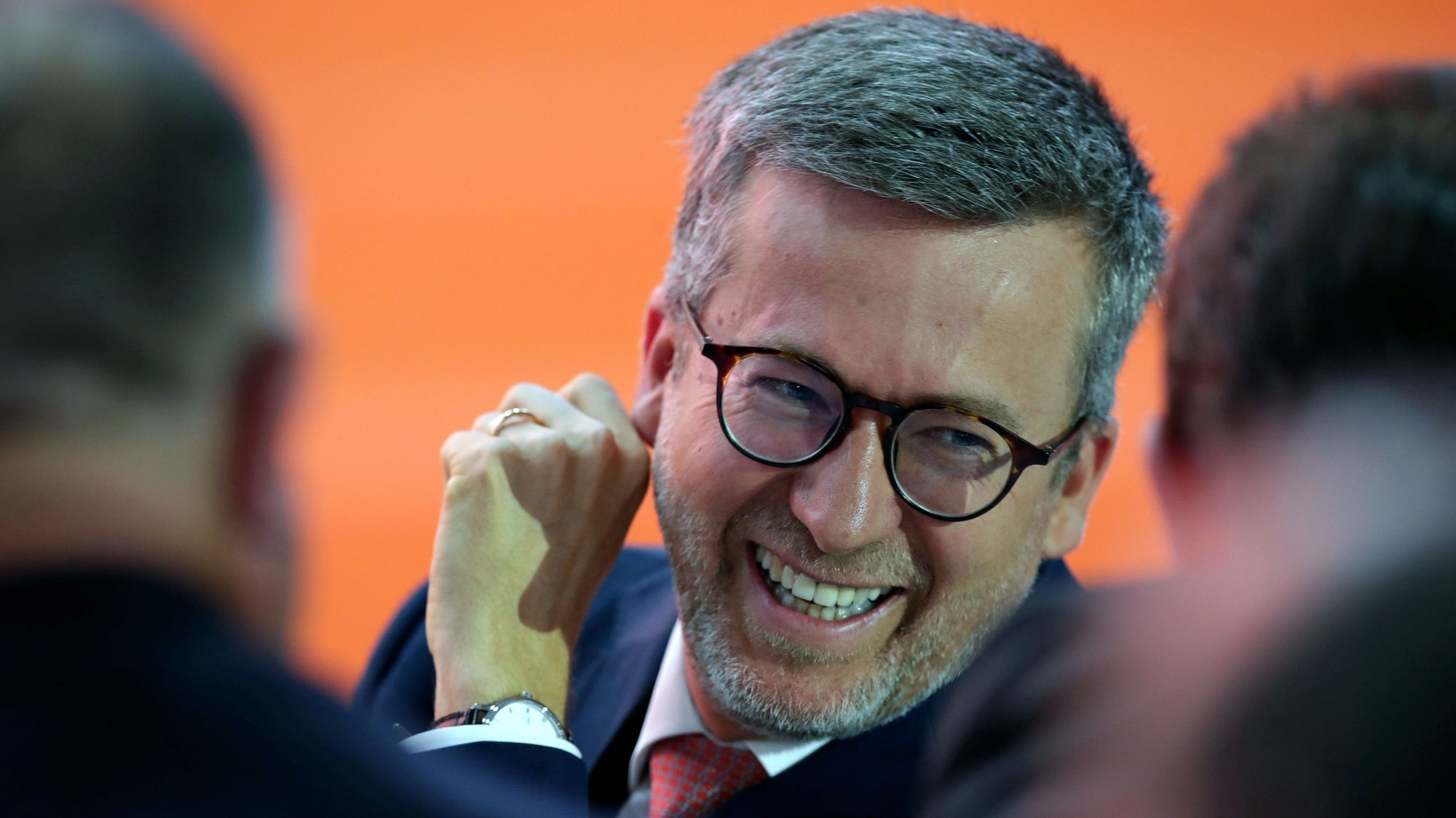 PS advisers in the Lisbon Chamber announced this Wednesday that they will abstain from voting on the municipal budget proposal for 2023, allowing the document presented by the PSD/CDS-PP leadership, which rules without an absolute majority, to be viable.

The Socialist Party will make the municipal budget of Lisbon viable for 2023 by abstaining from the first budget, which is entirely the responsibility of Carlos Moedas as Mayor of Lisbon,” the Socialist Council in the executive branch of the capital said in a statement sent to the Luz Agency.

Even though the PSD/CDS-PP leadership’s second budget proposal became viable, as happened with this year’s budget, PS accuses Social Democrat Carlos Moedas of “complete unwillingness” to negotiate policies and measures with the opposition”even knowing that the president of autarchy needs the votes of the PS or other political forces to approve the budget.”

“It’s only been a year, and the currency board is a good example of the arrogance of a minority that has quickly taken on the worst tics of the majority,” says a socialist member of the Lisbon City Council (CML).

In line with what they defended in the 2022 budget proposal, the Socialists stress that the feasibility of a minority council budget “does not mean accepting some of the lines of force that are starting to take shape and with which the PS maintains a front of contention, but understanding that the city needs stability and assurance that the choices made by the people of Lisbon are respected.”

In this regard, the PS highlights some areas where, in its opinion, there are “clear setbacks, declining investments or even warning signs for the strategic future”, namely increasing Carris’ debt, suspending or freezing 2,000 low-income homes, and reversing social investment🇧🇷

With regard to Carris, the socialists speak of a “galloping debt growth”, pointing out that the municipal company “did not have debt until 2021.”

“The Carris investment plan provides for the use of bank loans to finance investments between 2024 and 2026, totaling €121.5 million. The return of the debt of the public transport company, a sector where debts have historically compromised investments and led to arguments in favor of its privatization, seriously worries PS”, the socialists note, recalling the previous management based on the strengthening of the fleet, in the amount of 90 million euros guaranteed by municipal resources .

In terms of available income, PS indicates that the budget and activity plan of the municipal urban rehabilitation company SRU cancels the planned construction of 545 houses in two areas in Marville, and the construction of 400 houses in Alto do Restelo remains blocked.

“There are a total of 900 self-built apartments that Carlos Moedas overlooks even though he is now eligible for PRR funding. [Plano de Recuperação e Resiliência], unlike what happened in the previous mandate. Considering the three concession tenders canceled by CML in Parque das Nacoins, Benfica and Pacos da Rainha, even after the tenders were completed with responses from private applicants, a total of 2,000 low-income homes were suspended, frozen or canceled . current leader,” adds PS.

In the social sphere, the socialists point to the withdrawal of the promise to build three more intergenerational centers (Ajuda, Alvaro Pais and Bairro da Liberdade), as well as the lack of plans for the creation of older republics (electoral promise of the Novos Tempos coalition – PSD/CDS-PP/MPT/PPM/Aliança ).

The Socialists warn that, despite a period marked by economic difficulties caused by inflation, “the municipality is reducing the investment of the Emergency Social Fund by allocating 7.8 million euros for 2023, which is a clear decrease from the 12.8 million completed in 2021, the last year of management of the PS.

“Two months after the president of CML solemnly and solemnly announced the plan to combat the social impact of inflation, none of these measures have yet reached people and companies. Most of the proposals were not even put to a vote by the councilors,” the socialists say, once again accusing Carlos Moedas of “big propaganda”, to which is added criticism that the speech is focused on the government.

Draft Municipal Budget of Lisbon for 2023 provides for an expenditure of 1,305 million euros, which is higher than estimated for this year ($1.16 billion), expecting the chamber to grow 15% of current revenues, as well as investing $138 million funded by the Recovery and Resilience Plan (PRR).

Fulfilling election promises, among the planned measures are an exemption from BMI for young people under 35 to purchase their own housing in a maximum amount of 250 thousand euros and a refund of 3.5% of personal income tax (IRS). citizens, increasing again by 0.5%, as happened this year, increasing from 2.5% to 3%.

Other measures to be implemented next year are the Lisbon 65+ health care plan with a budget of 1.6 million euros, as well as a soft mobility commitment with three million to increase the offer of the Shared Gira bike network.

This is Lisbon’s second municipal budget with a current mandate of 2021-2025, chaired by Social Democrat Carlos Moedas, ruling without an absolute majority, with seven elected members of the Novos Tempos coalition (PSD/CDS-PP/MPT). /PPM/Aliança) among the 17 elements that make up the city’s executive branch.

The first budget of the PSD/CDS-PP leadership was approved thanks to the abstentions of five PS councilors, receiving votes against the rest of the opposition, namely two from the PCP, one from BE, one from Livre and one from the independent councilor from Cidadas of Lisbon (elected by the PS coalition/ livre).