From the Pyramids of Giza to the Sphinx, photo album by Marcelo Rebelo de Sousa in Egypt before going to Qatar. 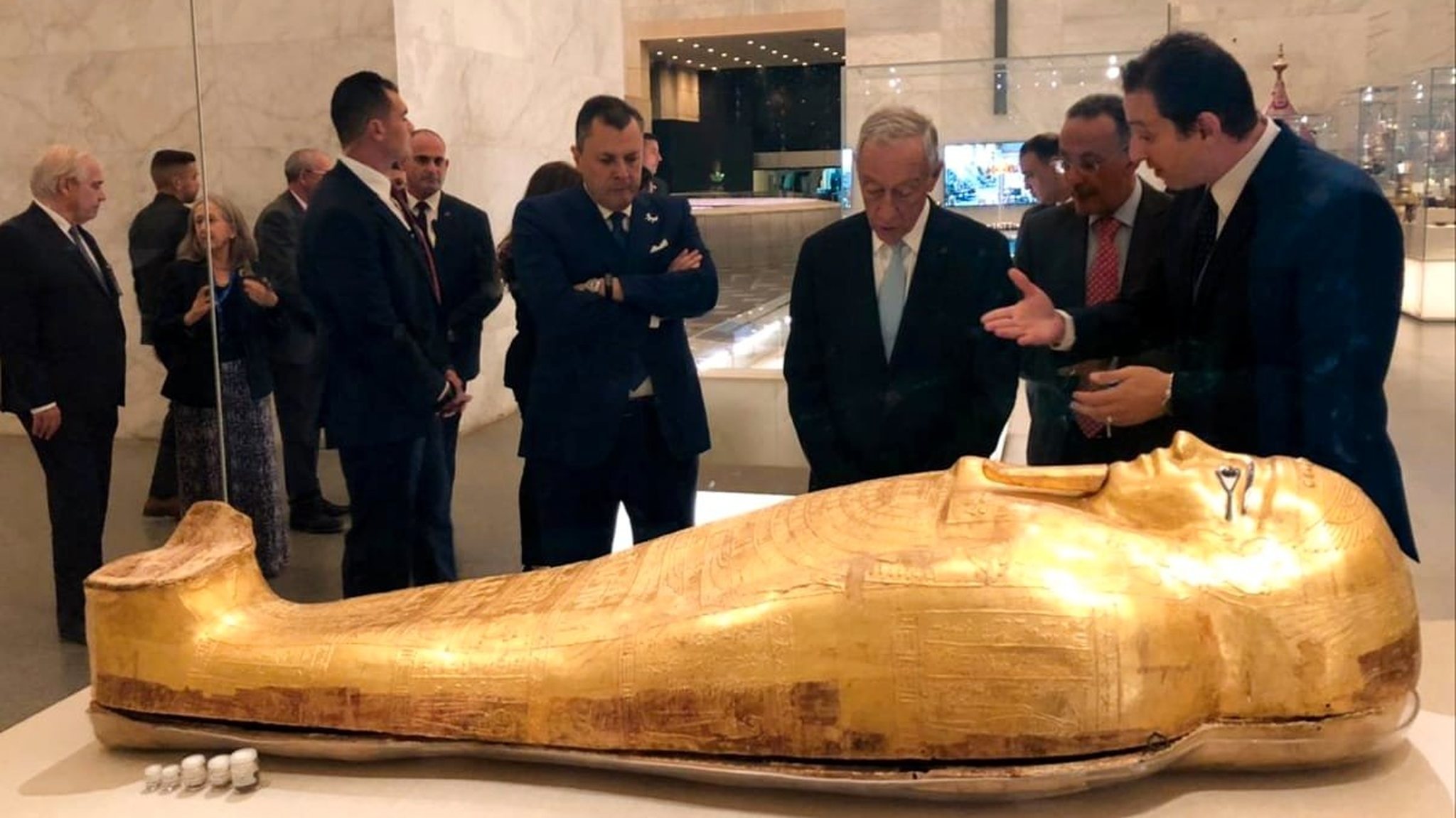 Before arriving in Qatar, Marcelo Rebelo de Sousa was in Egypt this Wednesday, more specifically in Cairo. The information is posted on the Facebook page of the Portuguese Embassy in Cairo, where some footage of this visit of the head of the Portuguese state was published.

This page details that Marcelo Rebelo de Sousa visited the pyramids of Giza and that the delegation was accompanied by Minister of Tourism and Antiquities Ahmed Issa and Portuguese Ambassador to Egypt Manuela Franco. The President of the Republic also conducted an excursion to the area of ​​the Sphinx.

The President of the Republic also visited the National Museum of Egyptian Civilization in Fustat. The museum context on the Facebook page explains that Marcelo Rebelo de Souza was hosted at this museum by Ahmed Ghoneim, Director General of the Museums Authority.

“The President of Portugal made a remark in the museum’s guest book, praising the museum and its outstanding archaeological collection,” the museum said on the social network.

Share
Facebook
Twitter
Pinterest
WhatsApp
Previous article
Handball? No. The Spaniards performed a record vertical tiki-taka
Next article
The history of Czech stars in Paris: a rude reception in a wine bar, then in the cockpit