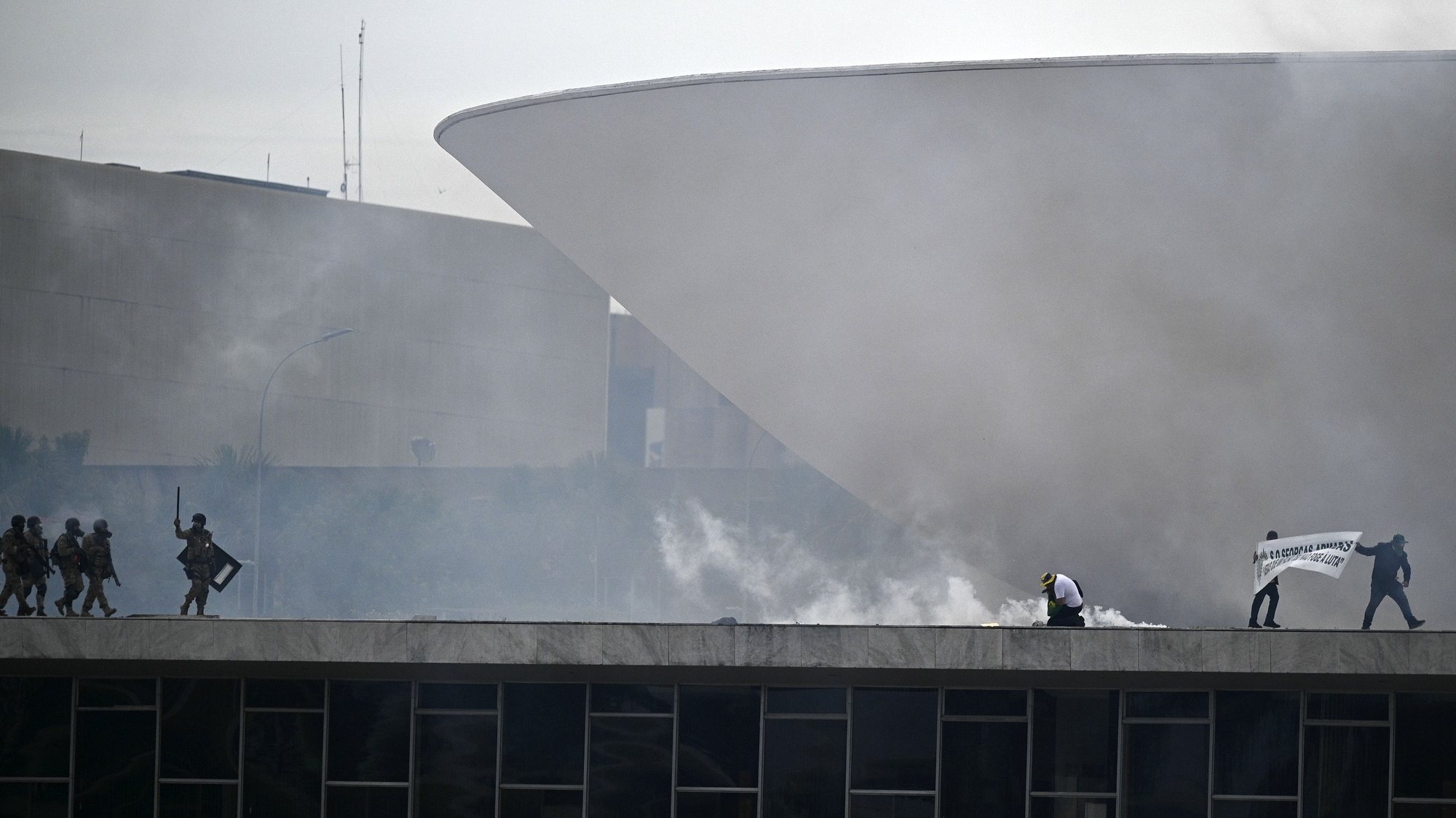 International criticism of attacks by supporters of the former Brazilian president on Brazil’s three sovereign bodies continued on Monday, with Italy, Ireland, the Netherlands and Australia strongly condemning the incidents.

Lula thanks Portugal, “the first country”, for condemning the invasions of Brasilia. USA, EU: messages came from everywhere

Italian Prime Minister Giorgia Meloni described the incursion of thousands of people into Brazil’s main administrative headquarters as “unacceptable and incompatible with any form of democratic discord”.

“What is happening in Brazil cannot leave us indifferent. Images of invasion of institutional power are unacceptable and incompatible with any form of democratic discord,” said the leader of the Italian far right.

In messages posted on the social network Twitter, Meloni insisted that “the return to normal life is urgent” and guaranteed his “solidarity with the Brazilian institutions.”

In the same vein, Dutch Prime Minister Mark Rutte considered the attack on the Congress, the Federal Supreme Court and the Planalto Palace in Brazil “unacceptable” and expressed his support for the President of Brazil, recalling that he was “democratically elected” from the Brazilians.

“I watched with horror the footage of the seizure of government buildings in Brazil. This is unacceptable violence against the institutions that together form the basis of the democratic rule of law,” he also wrote in a Twitter post.

Former Spanish Prime Minister José María Aznar also expressed support for the Brazilian president and condemned “any intention to undermine the constitutional order” in a message posted on social media.

For his part, Australian Prime Minister Anthony Albanese said “the peaceful transfer of power and respect for the will of the people are fundamental to democracy” and added that his country looked forward to working with the Brazilian president.

Thousands of supporters of former Brazilian President Jair Bolsonaro stormed the headquarters of the National Congress on Sunday, followed by the Palacio do Planalto, the seat of government, and the Federal Supreme Court building in the Brazilian capital.

Radicals who do not recognize the results of the October 30 presidential election, in which Lula narrowly defeated Bolsonaro, called for military intervention to overthrow the Brazilian president.

The military police succeeded in recapturing three institutions and completely vacating Tres Poderes Square in an operation that resulted in at least 200 arrests.

The invasion, immediately condemned by the international community, began after Brazilian far-right militants, supporters of the previous president, protested on the Esplanade dos Ministrios in Brasilia.