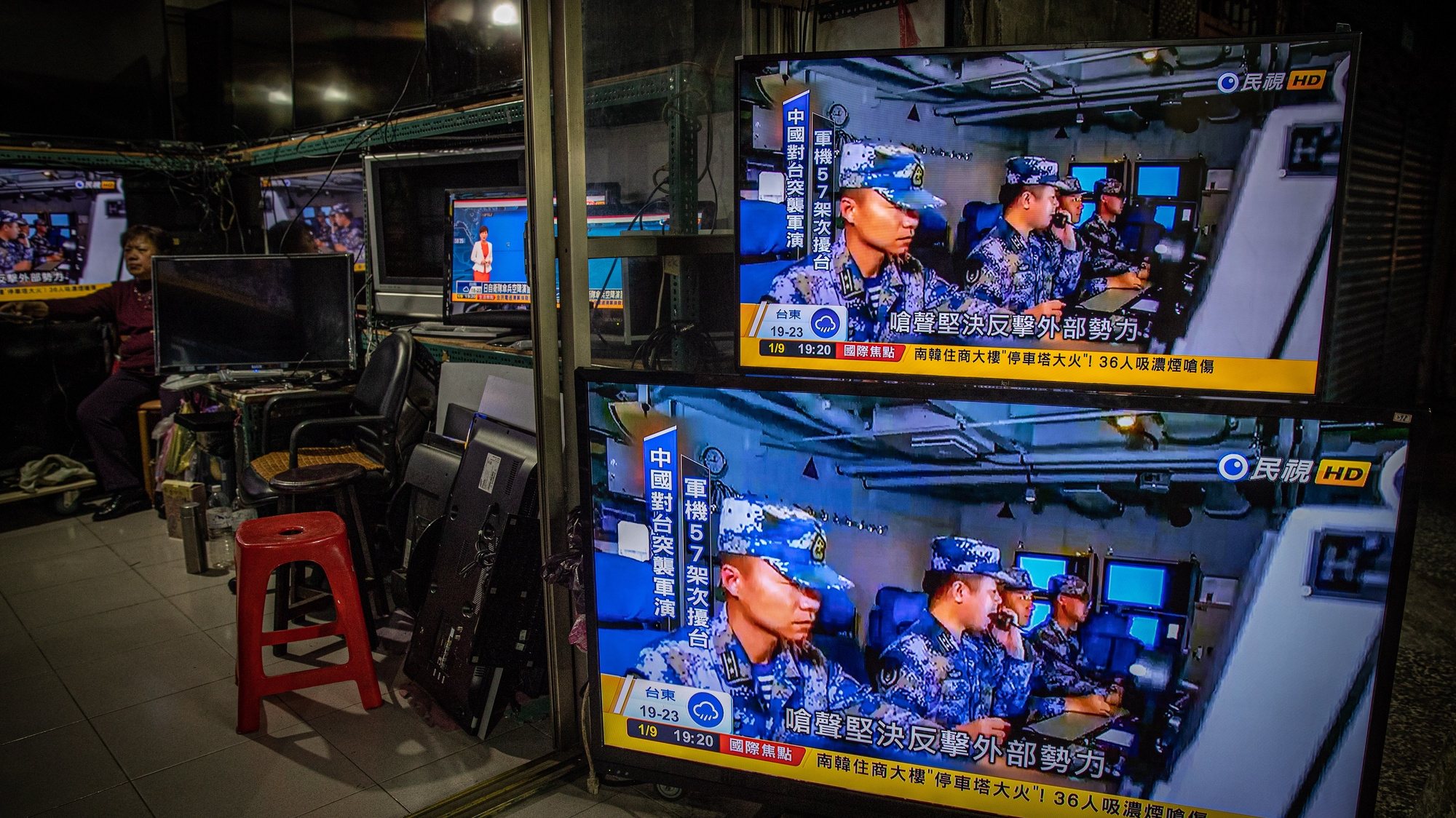 Lithuanian MPs on Tuesday during a visit to Taipei accused China of using all kinds of measures to prevent diplomatic rapprochement between the European country and Taiwan.

A group of German MPs are also visiting this week the island, which Beijing calls its province despite being a sovereign political entity. However, in recent days, China has begun large-scale military exercises with Taiwan.

The Lithuanian deputies stated that the visit to the territory was aimed at resolving issues of security and economic ties. “They tried to break our will, change our decisions, persecute investors and impose economic sanctions, but we persevered.”This was stated by the head of the Committee on Defense and National Security of the Lithuanian Parliament Laurynas Kaschyunas.

“Now we are resilient and stronger, and we can be a model for other European Union (EU) countries,” he defended.

The Lithuanian delegation is headed by Kasciunas together with the Deputy Chairman of the Taiwan Friendship Group in Parliament Dovile Sakaliene. MPs drew parallels between the threat they face from Russia and the threat Taiwan faces from China, saying both countries have authoritarian neighbors.

We have very clear common goals, which is to strengthen democracy at the global level (…) and really help everyone around us to understand very clearly: there can be no ambivalence. Either you are with the aggressor, or you are with the victim,” Sakaliene said.

Lithuania drew China’s ire after it broke diplomatic rules by allowing Taiwan to call its Vilnius office “Taiwan” instead of “Chinese Taipei,” a term used by other countries to avoid offending Beijing.

China expelled the Lithuanian ambassador and cut diplomatic relations with the Baltic nation. Beijing also sought to punish the country economically by blocking imports from Lithuania to China. Lithuania then closed its embassy in Beijing and opened a trade office in Taiwan.in November last year.

China and Taiwan have existed as two autonomous territories since 1949, when the former Chinese Nationalist government took refuge on the island after losing a civil war against the Communists. Beijing considers the island part of its territory and threatens reunification by force if Taipei formally declares independence.

Beijing refuses to have official relations with governments that recognize Taiwan as a sovereign state. In recent years, China has persuaded nearly a dozen countries, most of them in Africa and Latin America, to cut ties with Taipei, including Sao Tome and Principe.

Many governments, including the United States, have official diplomatic relations with Beijing and have extensive commercial ties with Taiwan. Many maintain relations with the island’s democratically elected government through commercial offices that function as unofficial embassies.

The German delegates were more moderate in their language and did not directly criticize China. The delegation met on Tuesday with Taiwan’s leader Tsai Ing-wen.

“We believe that any change to the status quo in the Taiwan Strait can only be achieved by mutual agreement, and any attempt to change the status quo by force or the threat of force is unacceptable,” said Vice President Johannes Vogel. from the Free Democratic Party of Germany.

Vogel leads the German delegation along with Marie-Agnes Strack-Zimmermann, who chairs the defense committee of the Bundestag, the German parliament.

Share
Facebook
Twitter
Pinterest
WhatsApp
Previous article
The upcoming Mac Pro will have replaceable parts, but you won’t be able to upgrade its memory.
Next article
Several provinces in China said they had passed the peak of the incidence of Covid-19.