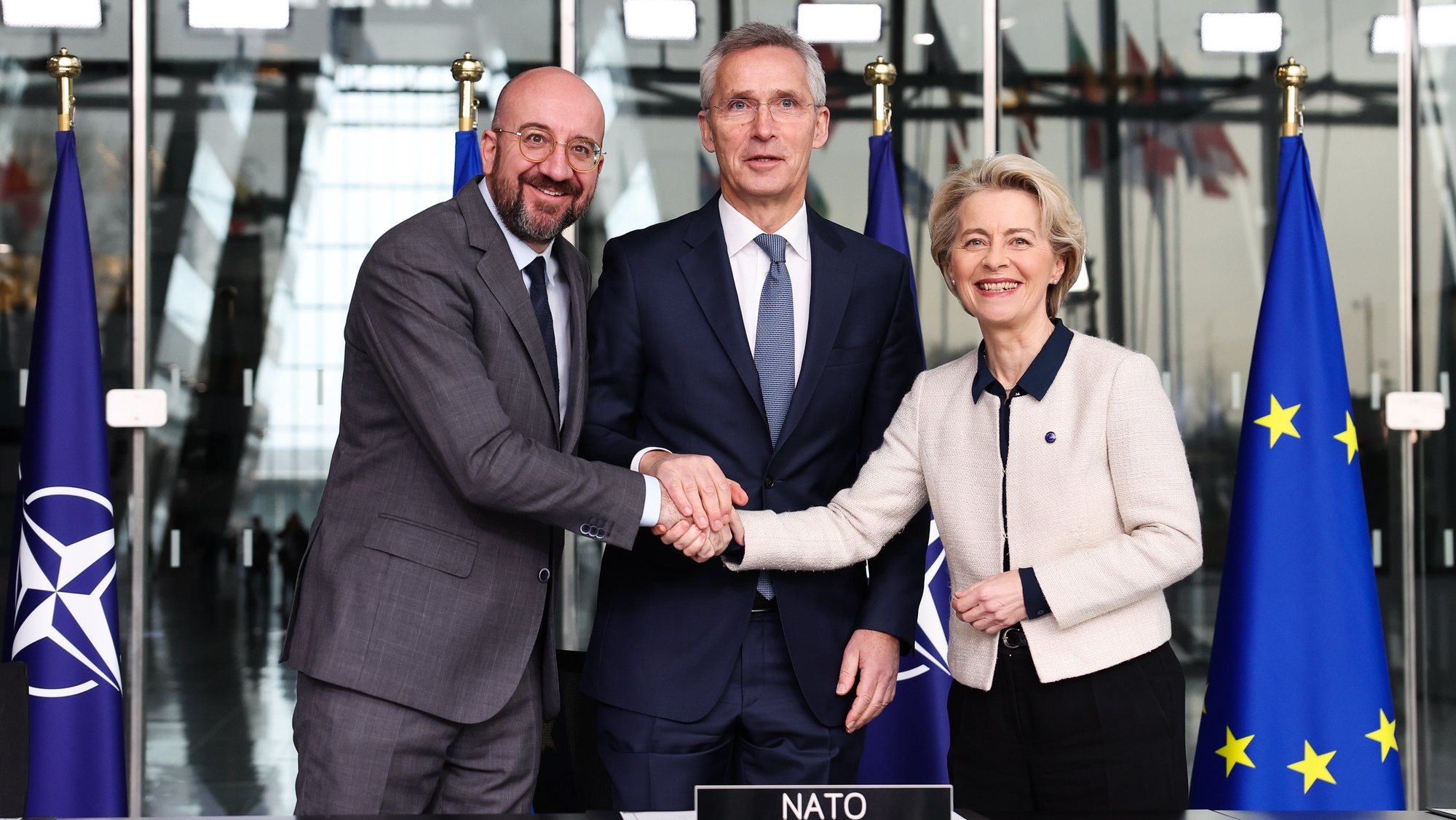 The NATO Secretary General said on Tuesday that partnership with the European Union must be taken “to a new level” despite Russia’s “failure” in its attempts to conquer Ukraine and divide Western countries.

“Putin wanted to conquer Ukraine in a few days and divide us. On both issues, he completely failed,” Jens Stoltenberg said at a joint press conference with European Commission President Ursula von der Leyen and European Council President Charles Michel at the headquarters of the North Atlantic Treaty Organization. (NATO) in Brussels.

The war, launched on February 24, 2022 by the Russian Federation, has brought NATO and the European Union (EU) even closer, the Secretary General of the organization added.

Russian President Vladimir Putin,wants another Europe, wants to control its neighbors and take over democracy.” and despite the failed attempt, a Russian invasion “will have far-reaching implications for European security,” an idea that Stoltenberg is trying to reinforce and which he already mentioned last week in his first speech in 2023 in Oslo, Norway. .

For this reason, Brussels and NATO have signed a third joint declaration to address the challenges that have arisen in recent months and those that lie ahead: “We are determined to take this partnership to the next level.”

On the table, for example, are “increasing geostrategic competition,” in particular from China, “new and debilitating technologies” that could threaten European infrastructure and countries that are part of a military alliance, and intervention attempts by Moscow.

“Our partnership will become even more important when Finland and Sweden enter the organization,” Stoltenberg stressed, and when this happens, NATO will responsible for the security of “96% of European citizens”.

Share
Facebook
Twitter
Pinterest
WhatsApp
Previous article
In the real estate market in Milan, it takes an average of 13.2 years of salary to buy a house. Prices over 5 thousand euros per square meter
Next article
PS says Rita Marquez case ‘should be dropped’ by the judiciary