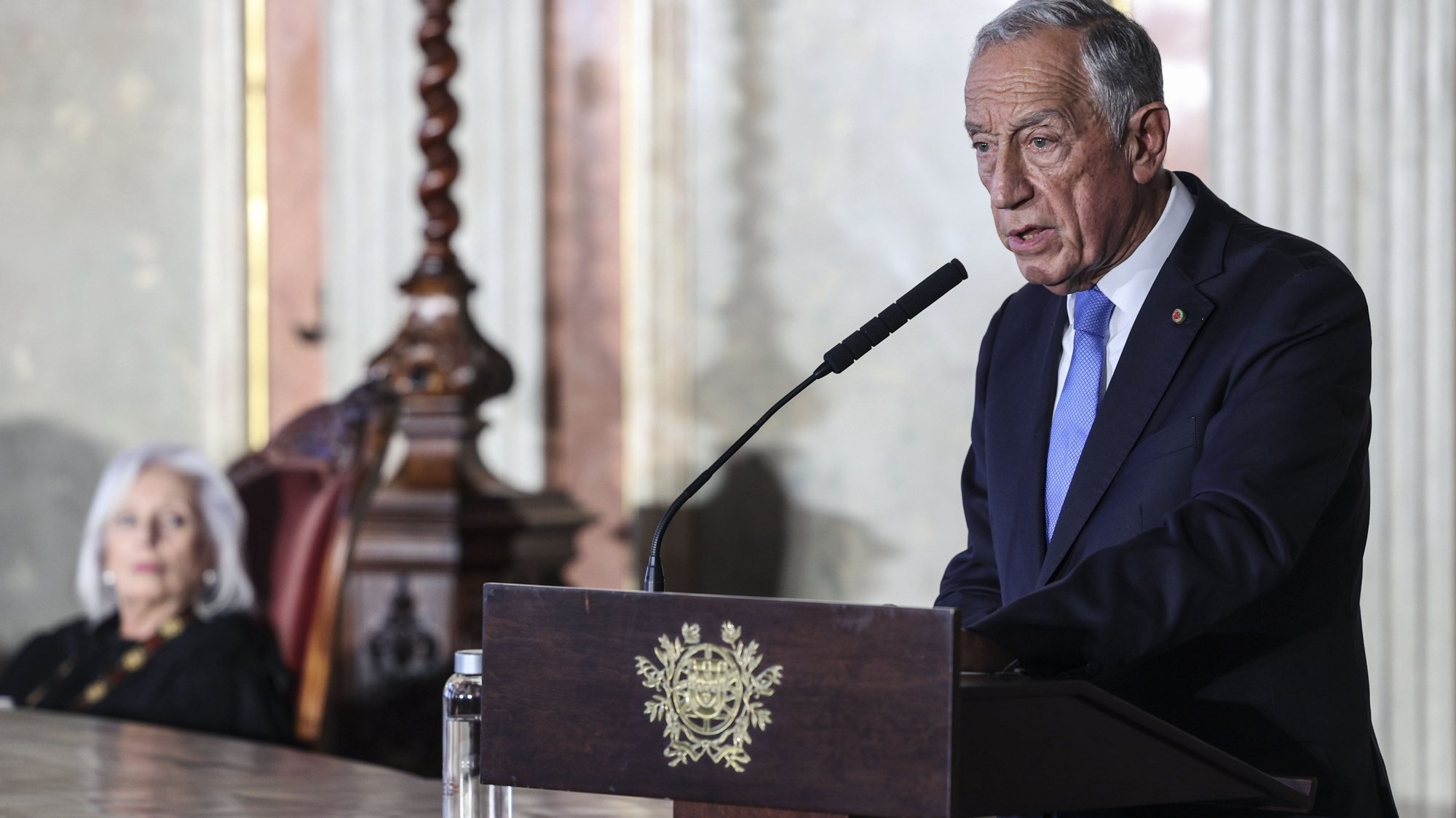 The President of the Republic, Marcelo Rebelo de Sousa, called this Thursday for a “collaborative brotherhood” globally, with “the common sense of political leaders” that promotes peace and stability and the fight against extremism.

The head of state spoke at the ceremony of presenting New Year’s greetings from the diplomatic corps accredited in Portugal at the Ajuda National Palace in Lisbon, which did not include representatives of the Russian Federation and Belarus.

“Your Excellencies, at the beginning of 2023, on behalf of Portugal and the Portuguese people, I hope that the new year will bring your Excellencies, your peoples and your heads of state success and prosperity, peace and stability based on a solid the spirit of cooperative brotherhood that the world so badly needs”, he stated.

Marcelo Rebelo de Sousa called for “strong reconciliation in many geographically dispersed conflicts and on the coveted paths of peace, martyr Ukraine in particular.”

“Renewed agreement in the indispensable multilateral instruments at our disposal, a convergence driven by the common sense of political leaders,” he added.

“Rejection of the success of multilateralism will drive a wedge between our countries and our peoples when we need each other most. Don’t count on Portugal for this,” he said.

Marcelo Rebelo de Sousa assured foreign diplomatic representatives that Portugal will continue “to defend the Charter of the United Nations even more strongly”. and in the success of Secretary General António Guterres” and “even more active in the transatlantic dimension, in the strategic value of NATO”.

Portugal will “even more actively address the issues of security, cohesion, prosperity and the future of the European Union” and, on the other hand, “even more vigorously and committed to the cause of Africa and the Community of Portuguese Speaking Countries (CPLP)”. “and “even more dynamic in the Ibero-American space, in particular with Brazil – the most multilateral and interventionist in the world,” he promised.

In the words of the President of the Republic, to the prevailing uncertainty and unpredictability, “Portugal responds with confidence in its open and tolerant identity”, “the permanence of its bilateral and multilateral commitments”, “the protection and expansion of democratic and pluralistic values” and “the stability of its political regime, its economy, his social coordination.

“To the aggressiveness of our time together, Portugal responds with its humanistic values ​​and principleswelcoming your Excellencies, your peoples, your states on the path of solidarity,” he added.

The Head of State took the opportunity to note that Portugal “strongly” supported the re-candidacy of Antonio Vitorino for the post of Director General of the International Organization for Migration, which he said he received “with growing jubilation”.

At the beginning of his speech, he emphasized that Portugal will celebrate World Catholic Youth Day this year, and stated that “Portugal will welcome the Holy Father with open arms, as well as peoples and cultures from all over the world”, demonstrating its identity “a permanent platform between religions, cultures and generations.