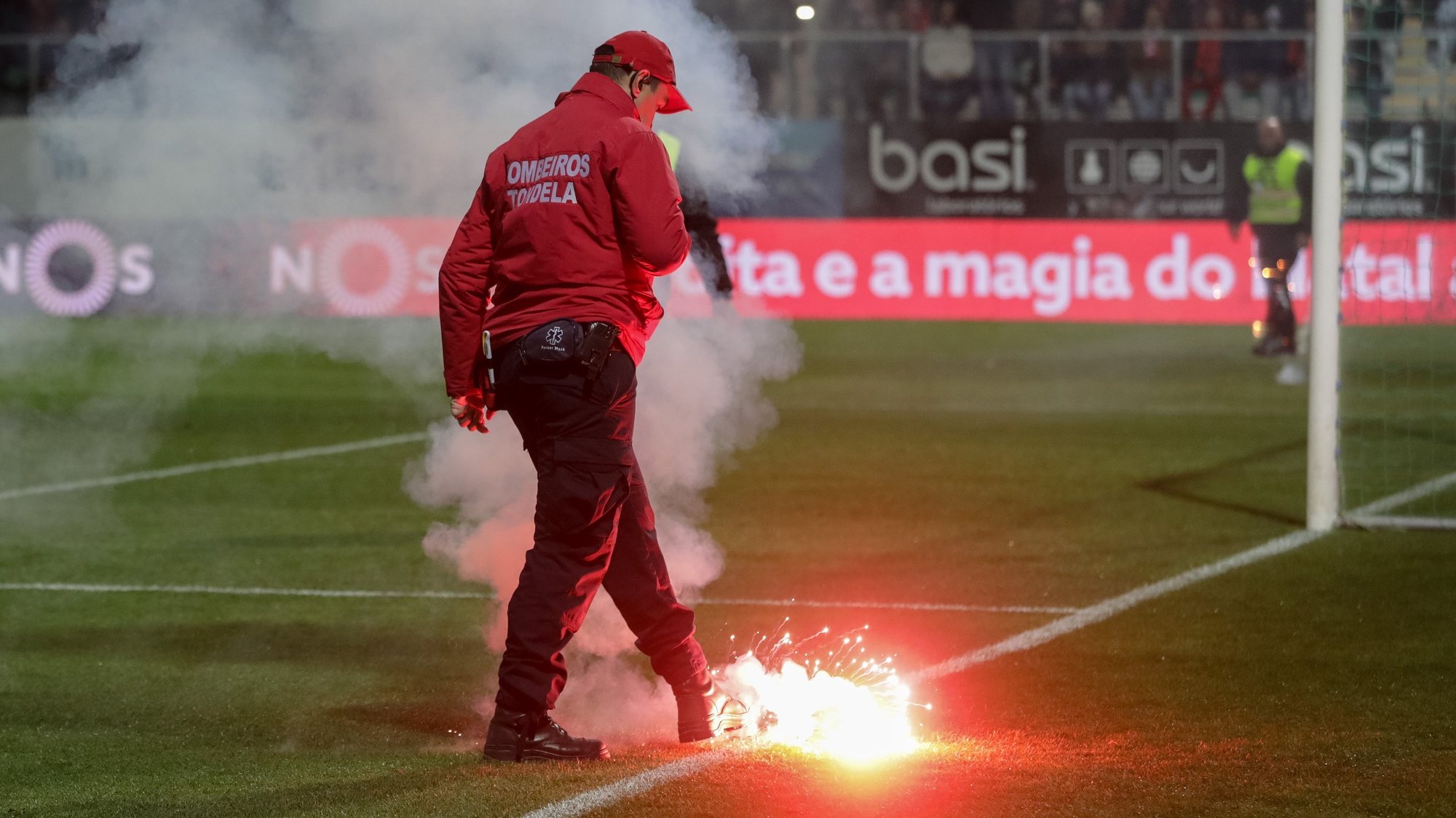 The use of pyrotechnic devices such as “very lights” in a sports context is becoming an offense punishable by up to five years in prison or a fine of up to 600 days, the government announced this Thursday.

The New Legal Regime for Explosives and Hazardous Substances (EGD) has been approved by the Council of Ministers and is becoming introduce criminal liability for the possession of explosives, objects or pyrotechnic devices at sports facilities and other prohibited places.

In this regard, at the suggestion of the Ministry of Internal Affairs (MIA), imprisonment up to five years or a fine up to 600 days for anyone who “transports, possesses, uses, distributes or possesses explosives, improvised explosive devices or pyrotechnics at sports venues, gathering places for fans and celebrations of sports success.”

It also becomes a crime to use explosive devices “in places intended for training and sports, as well as in the premises of clubs and sports societies.”

The bill, which will now be submitted to the Assembly of the Republic, defines the prohibited articles as improvised explosive devices or “pyrotechnics”which includes any device containing explosives or an “explosive mixture of substances designed to produce a calorific, light, sound, gas or smoke effect or a combination of these effects”, including “the lightest”.

According to the Interior Ministry, this new legal regime, which will annul eight diplomas, “simplifies and implements a coherent legal framework that strengthens supply chain information, control mechanisms during sales and operations with explosives.”

The Legal Regime on Explosives and Hazardous Substances, approved this Thursday, also sets out other changes, such as new permit periods that cease to be for life and come into force for a period of 10 years mandatory professional training for explosives operators, pyrotechnicians and support personnel (initial courses, refresher courses and specializations).

The government bill also introduces compulsory civil liability insurance to carry out these activities, the presence of an administrative procedures manager who will be responsible for the fastest possible processing of the process and the electronic processing of procedures.

The new regime establishes “objective criteria for evaluating suitability, which are now absent for operators of explosives and pyrotechnics, a new classification of enterprises in the sector (manufacturing, storage and disposal), the elimination of the existing legal vacuum and a new classification of shops and paolins, the creation of storage facilities that meet the needs various operators.

The bill also revises the number and types of dangerous substances that are precursors of explosives subject to storage licenses, creates licenses for Type 1 and Type 2 shipbuilders based on the type of explosive products they sell, specifying the reseller, and begins accrediting training organizations and instructors.

A request to waive the immunity of Joaquim Pinto Moreira has already been submitted to Parliament.