Putin’s Ukraine is shrinking despite mobilization and annexation. Developments in the south will be important 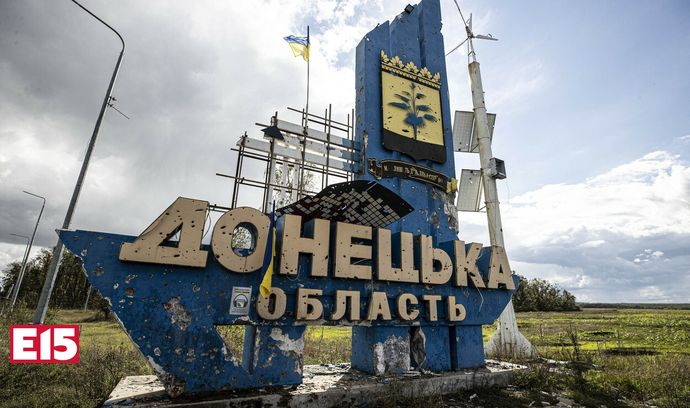 Russian President Vladimir Putin is taking ever more radical and risky steps to contain the Ukrainian counteroffensive. Neither mobilization nor the annexation of a neighboring country has so far stopped Kyiv’s forces. They have taken control of the important city of Lyman on Saturday and are planning another rapid advance to the east. The Kremlin now seems to be concentrated mainly in southern Ukraine. Meanwhile, the Russian authorities are doing their best to prevent the escape of men fleeing the mobilization.

On Saturday, Moscow acknowledged the loss of Liman. “In connection with the emergence of a threat of encirclement, the troops were withdrawn from the settlement. Red Lyman. (old me of the city – ed.) to more advantageous frontiers,” the Russian Defense Ministry said at a briefing. The city of Liman, with a pre-war population of 20,000 people, was important for supplying the aggressor’s soldiers, and fierce battles went on for weeks.

“Liman is important because it is the next step towards the liberation of the Ukrainian Donbass,” Serhiy Cherevaty, a spokesman for Ukraine’s eastern forces, told Reuters. “This is an opportunity to travel further to the cities of Kremenya and Severodonetsk, and this is psychologically very important,” he added. Even President Volodymyr Zelensky promised that more Ukrainian flags would fly over the liberated cities of Donbas within a week.

According to the British Ministry of Defense, the Russians probably suffered heavy losses during the retreat from Liman. And another failure of the Russian troops has already caused new interl criticism. Chechen leader Ramzan Kadyrov dealt a sharp blow to local commander Alexander Lapin. He talked about poor logistics and how his mistakes were covered up by the high command. The Kremlin should consider using low-yield nuclear weapons, Kadyrov urged.

For Putin, the loss of Liman is a blow not only for other reasons. This came a day after he signed the annexation of four Ukrainian regions – Lugansk, Donetsk, Zaporozhye and Kherson in connection with the so-called referendums. At the same time, Lyman is part of the Donetsk region, and its control by the Ukrainian military shows who controls what territory, in fact, it is decided at the front. “The Ukrainian military has and will always have a decisive vote in today’s and any future referenda,” the Ministry of Defense in Kyiv said on Twitter.

Ukrainian air assault forces enter Liman, Donetsk region. #UAarmy has and always will have a casting vote in today’s and any future “referenda”. pic.twitter.com/gGIIk9rNkG

However, the American Institute for the Study of War (ISW) states that the preservation of the south, rather than the east, of Ukraine is now more important for the Kremlin. According to him, Russian troops are now concentrating on securing positions in the Kherson and Zaporozhye regions. This territory is important for maintaining Moscow’s land access to the occupied Crimea. Especially at a time when Ukrainian attacks on the peninsula continue and there is a threat of destruction of a key bridge to the Krasnodar Territory.

At the same time, it is still unclear whether and when the situation at the front will change in connection with Putin’s recent mobilization. There are constant reports about the poor condition and equipment of conscripts. Evidence also suggests that the Kremlin is in such a rush to recruit recruits for important positions that it doesn’t even provide them with adequate training.

“We were officially told that there would be no training before being sent to the war zone,” complained, for example, last week in a video published by the human rights group First Department, a mobilized soldier, saying that he was about to be transferred to Kherson. .

Therefore, experts note that such a course of action may result in low morale, high mortality and further chaos rather than a turning point at the front. “The Russian armed forces, with all their bureaucracy, are simply not capable of flexibility and speed,” military alyst Pavel Luzin told The Moscow Times. “From a political point of view, one can talk about mobilization, but now in Russia it is almost impossible,” he added.

At the same time, a number of men continue to try to flee the country in order to avoid deployment in Ukraine; at least two hundred thousand people have already fled. Therefore, the authorities have already opened temporary posts at some borders, which check whether those leaving are not subject to mobilization. North Ossetia has also limited the number of vehicles allowed to enter its territory from other parts of Russia and onward to Georgia.