Battle of Cambrai: 105 years ago the British first en masse – and successfully! – they used tanks 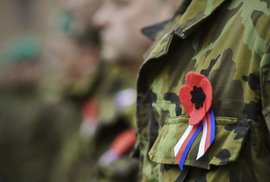 The operation at Cambrai in the Northern Department of France, launched on November 20, 1917, ended the 1917 campaign on the Western European battlefield. It was characterized by the massive use of a new means of warfare: tanks, first used a year earlier at the Battle of the Somme. The success of a few tanks in one of the smaller operations at Passchendaele, where they were at last deployed correctly in General Sir Ivor Max’s corps, saved the Panzer Corps from the increasing difficulties it was getting into, as the British headquarters could not cope with it. the tanks are right for so long.

Colonel J. F. Fuller, officer of the Panzer Corps, later a well-known military observer, wrote in his article Tanks in the Great War: “The proposal, which the headquarters of the tank corps had constantly had in mind for almost three months and for the implementation of which all preparations had already been made, was filly approved and its implementation was scheduled for November 20.”

The British command intended to demonstrate the combat value of tanks in the most favorable conditions, with their competent use and organized interaction with other branches of the military, and with impressive success to wash away the extremely unfavorable impression of the bloody battles in Flanders. At the same time, by attracting German forces on the western front, it was supposed to significantly relieve the heavily pressed Italians, who had not yet maged to recover from the defeat at Caporetto. The success of the operation consisted in the massive use of tanks, which fought in cooperation with the infantry and were well covered by artillery fire. Increasingly powerful aircraft attacked the German artillery and headquarters. For the attack, the British chose a site near Cambrai, which seemed suitable for the use of tanks.

Veterans Day: a big event in many countries, here it is gradually ceasing to be on the periphery of interest.

On the morning of 20 November, General Sir Julian Headworth Byng’s 3rd Army attacked with six divisions, which gradually grew to fifteen infantry and five cavalry divisions. The commander of the Panzer Corps, Brigadier General Hugh Elles, deployed 378 battle tanks and 98 support tanks from three armored brigades against the Hindenburg line in a sector eight kilometers wide. The Panzer Corps historian Colonel Fuller wrote admiringly in the book cited above: “The attack was a resounding success. As soon as the tanks approached, following on the heels of the infantry, the enemy completely lost his balance; those who did not flee the battlefield in panic surrendered almost without resistance … At four o’clock in the afternoon on November 20, we won one of the most amazing battles in all history, and how worried the tank corps was that we ended it tactically because we couldn’t do more without more reserve.

The history of condoms: why did the CIA want to drop them on the Eastern Bloc? And what are the weirdest…

I must add that he did not exaggerate in anything. In just six to eight hours, the British achieved such success as in no previous operation. However, unfortutely, they were uble to develop it properly, as they had few reserves, and the cavalry could not prolong the breakthrough. On November 30, the Germans concentrated large forces here, and as unexpectedly as before, the British launched a counteroffensive.

However, Colonel Boraston stated in the book Sir Douglas Haig’s command: “One may wonder whether any other thrust by the Allied armies on the Western Front has ultimately brought greater area and greater results than this battle of Cambrai, although its aim was limited.”

Way out of the impasse

On the first day of the offensive at Cambrai, the British lost 4,000 men and 179 tanks, 71 of them due to mechanical failure. The Germans lost 10,000 soldiers, 123 guns and 281 machine guns. The British broke through the main and reserve lines of the German defense and wedged in to a depth of eight kilometers. Although this outstanding success could not be used to enter the operatiol space, the massive use of tanks showed a way out of the stalemate of trench warfare, which had hitherto brought only huge losses with little result. Gerald Gliddon brought his publication Cambrai 1917 medallions of 43 people who received Britain’s highest military award, the Victoria Cross, for heroism at the Battle of Cambrai.

Sex in the Bible: The Holy Book is full of prostitutes, incest and fornication. Who was On and was he…

By December 5, the Germans recaptured part of the lost territory. Although the Battle of Cambrai did not bring the proper strategic or operatiol results, it confirmed the value of a new means of warfare – the tank – and laid the foundation for the All-Army Combat Tactics of the Entente, based on the interaction of infantry. , artillery, tanks and aircraft operate on the battlefield.

Cambrai showed the way out

Gottwald fulfilled his promise – from clumsy jester to crazy Joker

Winston Spencer Churchill wrote in the third book of his World crisis: “Having condemned without exception the great Allied offensives of 1915, 1916 and 1917 as useless, ill-conceived operations that cost us huge amounts of money, I am obliged to answer the question: what else should we have done? And I answer, pointing to the Battle of Cambrai: This we had to do It had to be done in different variations, on a larger scale and in a better execution; and this we could do if our generals were not content with the enemy’s machine guns being intercepted by the living bodies of brave men, thinking that this meant war.

What remains to be said of the Battle of Cambrai is that the initial success so far exceeded expectations that Third Army Headquarters did not make proper preparations to build on the success. However, the cavalry that had moved forward was soon stopped by skirmishers and machine guns, and no success was achieved after the first day. The railway network in this part of the German front favored the rapid concentration of the enemy, and ten days after our victory, the Germans launched a mighty counterattack, recapturing large sections of the lost territory and now capturing 10,000 prisoners and 200 guns. themselves. (Translator W.J. Hauner mischievously remarked: “And there were no tanks! This shows that the tank in itself was not a universal means of a successful offensive.”) During this counter-offensive, the enemy for the first time used the tactic of “weaving” with small trained strike groups of machine gunners or mortars, which he soon applied on a larger scale. So the bell in honor of the Cambrai victory was rather premature, and 1917 ended in sad gloom on all fronts, British, French, Italian, Russian and Balkan, only momentarily illumited by the lightning of Allenby’s sword near Jerusalem.

Give it time! About the occupation, resistance and everyday life in the protectorate without emotions and without clichés

A highly sensitive child is both a gift and a curse. Do you happen to have one at home?