Will the cost of emergency services increase? Kubek wants a raise to 200 crowns. And “broke” vaccinations in pharmacies 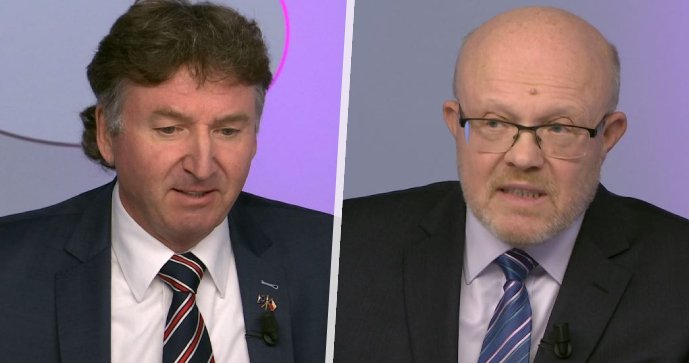 The Czech Chamber of Pharmacy continues to support the introduction of vaccitions against certain diseases in pharmacies in the Czech Republic. The measure should lead to more vaccition of the population. However, the president of the Czech Medical Chamber, Milan Kubek, categorically rejects this idea. It’s “as pointless as a home birth,” he says, and the problem isn’t that there aren’t enough places to vaccite, he says. On the contrary, Minister of Health Vlastimil Valek (TOP 09) wants to discuss vaccitions in pharmacies. Both performed on the program Otázky Václav Moravec on Czech TV, where Kubek also said that the emergency fee should be increased from 90 kroons to 200 kroons.

He answered the question whether he supports vaccition in pharmacies “in principle, yes, but there are pitfalls”. Among them, for example, the fact that not all health workers can vaccite in addition, only healthy people who did not have any serious health problems could be vaccited in this way. And this is in case the vaccine causes serious side effects in them. But in the same breath, Valek admits that According to statistics, there have been very few such reactions so far.

Kubek is fundamentally against vaccitions in pharmacies. “I find this proposal as pointless as, for example, a home birth,” he said in the program Otázky Václav Moravec. According to him, the discussion revolves around a pseudo-problem. “We don’t care that we have nowhere to vaccite. We are addressing the fact that people are not interested in getting vaccited.” the head of the medical chamber is convinced, according to which pharmacies are neither structurally nor organizatiolly adapted for vaccition.

On the other hand, the head of the General Medical Insurance Society (VZP) Zdenek Kabatek does not reject this idea, saying that he supports the expansion of vaccition channels. They think that vaccition will increase the population. “In layman’s terms, I dare say yes” said the head of the VZP and recalled that the more people are vaccited, the the state will bear lower costs for the treatment of persons.

Mostly experts should be talking about how to get people to get vaccited, Kubek said. “We have a campaign to promote vaccition, but it is carried out in such a way that almost no one notices it,” – said the head of the medical ward. “In this case, I cannot agree with my colleague Kubek,” Valek objected. with a stakeholder outreach campaign.

Nevertheless, Kubek insisted that the Czech Republic was playing with fire. “We are lucky now and maybe we will be lucky all winter (…), but if a more dangerous variant of covid arrives, which certainly has not said its last word (…), then we will have a huge problem,” indicated.

A more expensive visit to the emergency room

the Medical Chamber on the ruling that the admissions office fee should be increased, she hosted at the convention last weekend. Kubek stated that the amount of the fee he does not consider the most important problem of the emergency department at a time when the emergency medical system has failed. Nevertheless, the congress agreed to the proposal for an increase. Valek said that if the chamber presented him with a proposal, will open a discussion about this in the government.

According to the Chamber, the current fee of 90 kroons is very low and does not fulfill its regulatory function. and does not contribute to reducing the burden on emergency medical services. According to Kubek, the healthcare system is more burdened by the fact that paramedic ambulances transporting patients to the emergency roomwhose crews do not have enough doctors able to assess, in comparison with the past, whether to take the patient to the hospital or not.

The Czechs began to pay regulatory fees in January 2008 – 30 kroons for an appointment with a doctor and for prescription goods, 60 kroons per day in a hospital and 90 kroons for an emergency department. The protective spending limit was 5,000 crowns. The fees were introduced by a coalition of ODS, KDU-ČSL and the Green Party, the Chamber of Deputies approved the relevant law on August 21, 2007. Then the individual fees changed over time and disappeared. For the last time, since January 2015, the obligation to pay 30 crowns in ambulances and pharmacies has ceased to exist. He only had 90 crowns left in the emergency room.

Share
Facebook
Twitter
Pinterest
WhatsApp
Previous article
Waiting times at consulates in France will be reduced, but ‘you have to manage expectations’, says ambassador
Next article
Try to solve this riddle that only 3% of people solved