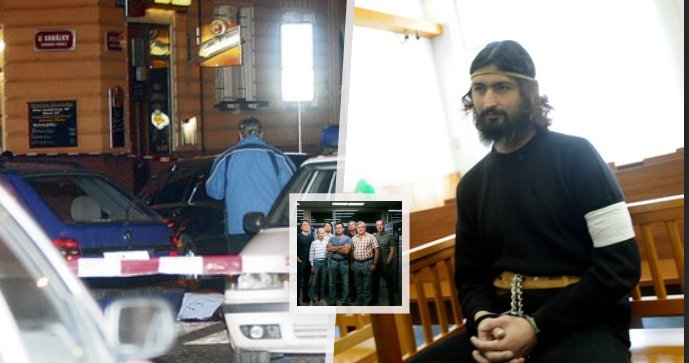 On Monday evening, Czech Television broadcasts the penultimate edition of the fil episode of the series “First Division Cases”. The twelfth episode, titled “Lottery”, will introduce viewers to the murder of driver Michal B., who in 2007 was the driver of the then director of the Sazka company, Alyosha Gushak. But instead of an innocent driver, the hired killer Timur Tretyakov attacked the Armenian businessman. How did the Prague assassition squad mage to infiltrate the structures of the foreign-language mafia? The BIS Secret Service helped a lot too!

The real case, from which the writers of “The Case of the 1st Section” were repelled in the penultimate series, occurred in the fall of 2007. At the time, 25-year-old Michal B. parked his dark green Bentley at Vinohrady in Prague and went to a convenience store for a bite to eat. However, a killer from Ukraine, Timur Tretyakov, stood in his way, who ruthlessly killed him with three shots.

The shooting soon began to be mentioned in the local media, as the murdered Michal B. was the persol driver of the then Sazka CEO Alyoš Gušák. The public, correspondents and investigators believed that by killing the driver, the crimil probably wanted to get to the director himself. However, at that moment, the hired killer realized that he had killed the wrong person, whom the client attributed to him.

The botched assassition was preceded by a dispute between Andraninka Sogoyan, an Armenian woman who has held one of the highest positions in the Russian-speaking mafia since around 2007. He held the position of the so-called “crook in law”, which meant that he was in charge of the cash desk of the entire mafia and everyone had to obey him. The chief of staff did not get along with