The Nation Update The World In A Headline
Home Recent News Emotions at the beginning of WC. Ecuador vs. Qatar: Paid… Shut up and sit down 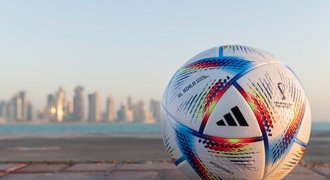 The hosts of Qatar started the World Cup very emotiolly. The hosts could not stand it and could rejoice at the defeat from Ecuador with a score of 0:2. Her disappointed fans left the corridors of the stadium before the end of the match. And they may have heard something in the audience too. As an example, let’s take a video that went viral very quickly. After an uccounted goal, an Ecuadorian fan hints to the home team that the match was rigged. One of the Qataris reacts with gestures and the words “sit down and shut up.” The conflict subsided and both fans eventually calmly told each other. Watch the video.

The football festival in Qatar is accompanied by a number of scandals. Since the awarding of the host in 2010, the FIFA members who made the decision have faced allegations of bribery. Thousands of workers were supposed to die in the country during the construction of stadiums.

One of the other controversial decisions was a stick in the back of the fans shortly before the start of the Mundial. Prohibit the sale of alcohol (especially beer) in and around stadiums. Initially, Qatar promised special zones where fans could enjoy a chilled drink, which for many is completely associated with football, only one remains.

In the first match against the hosts, the Ecuadorian fans were outraged by this fact and chanted “Queremos cerveza”, in other words: “We want beer”.

The match itself caused excitement already in the 3rd minute, when the Ecuadorian striker and captain Enner Valencia scored. Moments later, his goal was disallowed for offside. Not everyone in the stadium had a clear idea of ​​the situation at that moment, so for some it was the first controversial moment in favor of the hosts right at the start.

Emotions also reached one of the Ecuadorian fans, whose exit and dispute with the home team went viral on Twitter. He began to use “the rustle of fingers” to show that the match (or perhaps he meant the whole organization of the World Cup) was paid for. The Qataris sitting behind him got carried away, clearly telling him to sit down and shut up.

However, the conflict did not escalate further. They made up and filmed the reaction together under the origil tweet. “Passion sometimes makes people angry, but we are here together for the sport,” said Ecuadorian Peter, shaking hands with a Qatari spectator. “Sport brings people together. I wish Qatar all the best. So far, this is a great championship,” he added.

Beer certainly applies to football matches, but the question is whether there will be such a reconciliation if it is available. It was even easier on the away side thanks to a 2-0 victory, in which the Valencia captain contributed with two goals.

World Cup 2022 ONLINE: We despise FIFA, there is criticism because of the cassettes