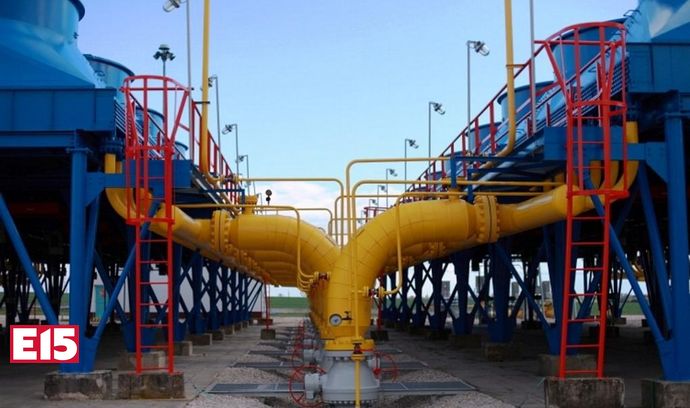 The European Commission has proposed setting the maximum gas sales price at the key virtual shopping center Title Transfer Facility (TTF) at 275 euros per MWh. In response to years of demand by most EU member states to cap prices, the commission has developed the parameters of a mechanism that should prevent price fluctuations in the most important European market from January. Higher gas prices make electricity generation more expensive.

The price ceiling should only apply to futures contracts for the following month. For its automatic activation, it is necessary that the prices in TTF be at least 58 euros per MWh above the average price of liquefied tural gas (LNG) on the world market. The proposal will be discussed by EU energy ministers on Thursday at an extraordiry meeting convened by the Czech president.

The European bloc is still grappling with the effects of high energy prices, partly linked to the war in Ukraine and cuts in Russian gas supplies, which have seen countries invest heavily to support households and businesses. Following a series of other measures, the commission today proposed price ceiling parameters that should only be used in exceptiol cases.

Czech plan in case of a gas supply cut

“This is not regulatory intervention that keeps gas market prices artificially low. This is a mechanism of last resort, which, if necessary, is designed to prevent prices from significantly exceeding world levels,” said European Commissioner for Energy Kadri Simsonova. An example, she said, is prices in August this year, when TTF paid more than 300 euros per megawatt-hour in a key futures contract. However, after the holidays, prices began to fall and are currently below 120 euros per MWh.

In recent weeks, traders and regulators have warned of artificial price caps that they say could threaten the competitiveness of the European market and thus the supply of raw materials. This is also feared by some member countries, led by Germany and the Netherlands, which have long been against the introduction of the ceiling. However, most EU countries, including France, Italy and Poland, require some form of price regulation and, in their opinion, the commission should have proposed this sooner.

Share
Facebook
Twitter
Pinterest
WhatsApp
Previous article
“Everything for kuduro.” Emotion and chaos at one of the most high-profile funerals in Angola: the funeral of the musician “Nagrelha”.
Next article
Dictator Kim puzzled experts: why did he take his secret daughter to launch a rocket?