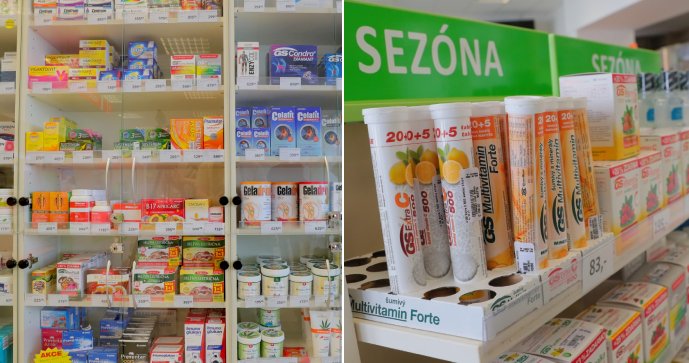 Penicillin antibiotics, as well as antibiotic drops and eye ointments, muscle relaxants and pain and temperature preparations for children in the form of suppositories, are currently not available in Czech pharmacies. Quitting a drug does not necessarily mean stopping treatment – in some cases, pharmacists can replace it with clear rules, often this can also mean fincial savings. The Czech Chamber of Pharmacy (CPC) reassures parents that if raw materials are available, they can make suppositories for children directly in the pharmacy, or children can be given medicine in the form of tablets from a certain weight.

From reports received by the Natiol Institutes of Health for drug control, the most common causes of drug shortages in recent years problems related to the production and supply process, as well as commercial or marketing reasons.

“The termition of production may be, for example, due to the fact that that part of the package is missingbut also because that the active substance is missing. And if it’s effective the substance is produced, for example, in Asia, then we have break from work for two or three months,Martin Kopecký, Vice President of the Czech Chamber of Pharmacy and also a practicing pharmacist, explained to Blesk Zprávám.

The reasons for capacity or distribution, which are usually short-term, are, for example, higher demand when doctors prescribe the drug more frequently.

“An example would be this spring, when there were no children’s syrups with antibiotics due to being stretched season of acute respiratory diseases. And manufacturers who planned production plans for the year ahead could not react in any way and children’s antibiotics by that time were almost over,Kopetsky adds.

According to according to ČLnK representatives, drug shortages have become more frequent. “If I take it from the point of view of our pharmacy, when we send out an order for medicines, there are a certain number of items that they do not confirm to us. Two or three years ago it was from 50 to 60 pieces, today it is about 80.. But, fortutely, we solve most failures directly in the pharmacy,” says Kopecky.

Pharmacist can give the patient another drugthan prescribed. Before dispensing a replacement drug however, they must always follow applicable legal regulations. The principal condition is the persol consent of the patient to dispense another drug. When replacing a generic drug, the patient receives another drug. (with different company me) containing the same active substance with the same route of administration and in the same dosage form as the origilly prescribed drug.

Patients are mostly they do not refuse altertive medicines. If MIf they have doubts, they can still consult their healthcare provider.

“At the patient the right to know that there is a generic substitute, i.e. a substitute for the drug they usually take. For some training, it can also mean significant fincial savings for them. But for a pharmacist, the main thing is that the patient is cured,” says CLNC spokeswoman Mikhaela Bazhantova.

There are no antibiotics and suppositories for children

However, there are drugs that are hard to replace. “Currently he’s gone. antibiotics of the penicillin series, preparations with phenoxymethylpenicillin, in some pharmacies there may be no antibiotic containing amoxicillin. Also missing antibiotic eye drops and ointments- lists the press secretary of the CLNK current shutdowns, which, however, are constantly changing.

“In some cases we get along like this we will manufacture the drug in a pharmacy. But penicillin cannot be prepared, as well as drugs that lack certain raw materials. A number of pharmacists prepared leffective preparations in the form of suppositories for children with ibuprofen, but one of the ingredients is unfortutely over”, adds Bazhantova.

If parents cannot purchase suppositories for children, syrups are available. However, children of a certain weight and age can also use the tablets.. “These can be given to children from 20 kilograms, those. from about the first grade, so in this case I recommend that parents take pills for children, and not used syrup for babies,the pharmacist advises.

Share
Facebook
Twitter
Pinterest
WhatsApp
Previous article
Jagr buried his father. A touching letter, a tractor instead of a Mercedes and the magic of numbers
Next article
Gazprom threatens again: “From Monday we will reduce gas flows to Europe through Ukraine”