Shooter in Virginia attacked a supermarket: 7 people were killed! 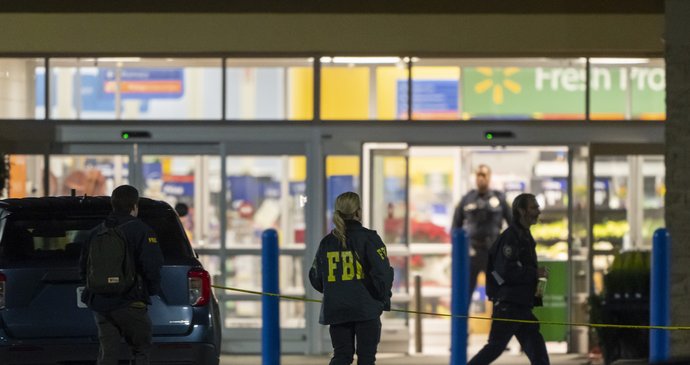 A shooting at a Walmart supermarket in Chesapeake, Virginia on Wednesday night claimed the lives of six people and the attacker, AP writes, citing police. Initially, the police reported ten victims. At the time, she was still searching the large store for people who might have been injured, according to her spokesperson.

The assailant was likely a store mager who apparently pointed a gun at himself after the shooting. According to police spokesman Leo Kosinski, the attack took place inside a supermarket and there was only one shooter. Kosinsky did not say how the attacker died, but he believes the police did not shoot. Local hospital spokesman Mike Kafka said five injured patients were taken to the hospital from Walmart. There is no more detailed information about their state of health.

Police patrols went to the supermarket on Tuesday after 22:00 local time (after 4:00 CET on Wednesday). Police have yet to release a motive for the attack.

Walmart said it “shocked by this tragic event”. She added that she works closely with the security forces.

Virginia Democratic Setor Mark Warner tweeted that he “outraged by reports of another mass execution”. Democrat Louise Lucas, a member of the Virginia state legislature, said she was “absolutely devastated” by what she called the latest incident. “mass shootings in America”. “I will not rest until we find solutions to end the epidemic of gun violence in our country.” she said on Twitter.

The attack comes just days after an armed man opened fire on a gay club in the US state of Colorado, killing five people and injuring 17 others. In 2019, a shooting at a Walmart store in El Paso, Texas killed 23 people.

Share
Facebook
Twitter
Pinterest
WhatsApp
Previous article
Coronavirus ONLINE: 625 cases on Tuesday in the Czech Republic. There are 498 people in hospitals.
Next article
ONLINE: A Russian missile hit a maternity hospital, a newborn died. And Ukraine liberated almost half of the occupied municipalities