The Nation Update The World In A Headline
Home Recent News Ex-Minister Dienstbier on the radicalization of the Czechs and the war in Ukraine: We must help refugees 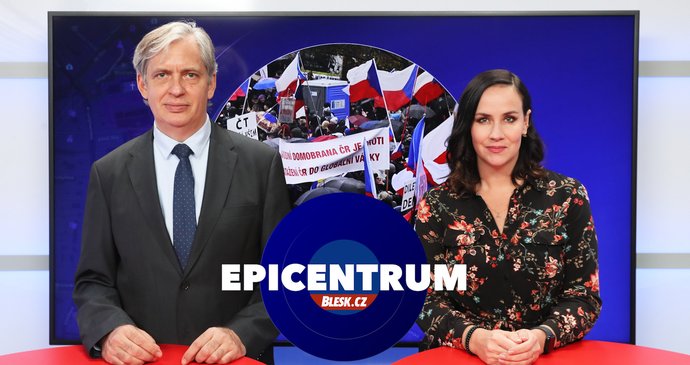 The controversial “bloody” World Cup in Qatar started from the first matches. The first adult world championship held in an Arab country caused a storm of responses from the very beginning. The host country is criticized mainly for low wages or poor living conditions for workers. Preparations for the championship even claimed thousands of human lives. The debate about human rights violations resotes in the media around the world, including in the context of Russian aggression, protests in Iran, or even LGBTQ+ hate killings. Czech society is radicalizing and polarizing 33 years after gaining freedom. What’s up with that? Moreover, a lawyer, former Minister for Human Rights and Equal Opportunities and former Setor Jiří Dienstbier Jr. spoke at the Epicenter. (HRSD).

According to Dintsbier, the majority of Czech society is tolerant and progressive. For example, in the case of the rights of persons with sexual orientation of minorities, this impression is violated by the predomintly conservative composition of the Chamber of Deputies. “If we allowed people with minority sexual orientations to enter into marriages that are formally equivalent to marriages entered into by heterosexual partners, it would not hurt anyone. This will in no way diminish the protection of their rights or their living and social standard, i.e.I really don’t understand why the politicians are so against it. In fact, this is an unpopular position for the majority,” he summed up the situation with marriage for all.

As the elections are fast approaching, the company’s position as president and Dintsbier’s opinion on the current one, Milos Zeman, have also become known. The president is said to be an influential figure in the Czech Republic mainly because of his great informal authority. “I can say that I do not understand his opinions, but on the other hand, on the other hand, he is entitled to them, like any other person,he said of the president’s views on gay marches, which Zeman considers condescending.

Dintsbier, who has also tried to run for Prague Castle in the past, has one particular problem with the presidential election. “In fact, we still do not know what the fil composition of candidates for the presidential elections will be. Even with the favorites, I don’t really know their opinions. I don’t know what their opinion is about the structure of the state and society, maybe even about the issue of human rights.” But he still has his favorite for the first round. “I am a member of the Social Democracy, so, turally, for me the candidate in the first round is Josef Stršedula,” he admitted in the studio of Blesk.

“We use our freedom the best we can. We have acceded to the vast majority of the main human rights treaties, but this does not mean that our democratic system and human rights protection system are perfect. There is a relatively significant part of people who are ready to listen to populist and extremist political views and do not realize that they are actually acting against their interests, because they have no real solutions,” he assessed the situation with human rights and the degree of freedom 33 years after the “velvet revolution”.

Part of the company, according to Dentsbier he becomes more and more radical, but in case of a threat to the conditions of life, he considers it legitimate to express discontent. “Of course, people can protest if they feel that their social conditions are not sufficiently provided for, that the authorities can do something in their favor. On the other hand, I think it’s possible to take a relatively black-and-white stance on Russian aggression in Ukraine and the atrocities that Russia is committing there. It is right that we help refugees. But, of course, it would be wrong to forget about our citizens. However, I think that it cannot be ruled out that reasoble social conditions for our citizens and assistance to refugees can be provided at the same time,” he said. says former minister for human rights.