The Nation Update The World In A Headline
Home Recent News Praga Bohema: the Czech automaker will launch a new supersport car for tens of millions 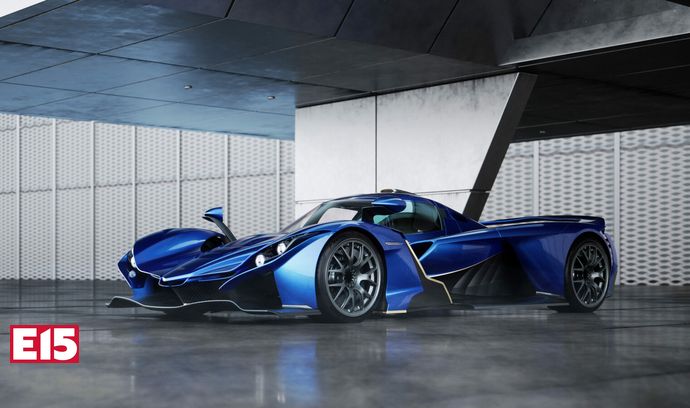 Czech brand Praga will release a new supercar called Bohema in the second half of next year. A car with 700 horsepower will cost 1.28 million euros (approximately 30 million crowns) excluding VAT. A limited edition of 89 cars will be built in the Kresta Racing team’s production facility.

In the first half of 2023 Bohema should be presented in the fil production specification. The company is currently accepting orders and negotiating with potential sales partners in countries such as Australia, Germany, Hong Kong, Japan, South Africa, Spain, Taiwan, UAE, USA and UK, where Praga has already received full serviceability.

Weighing less than 1,000 kg, the two-seat Praga Bohema is designed for extreme performance to achieve comparable track lap times on Pirelli road tires with cool GT3 racing tires. At the same time, it will provide sufficient comfort and practicality when driving off-road. It is based on the R1R prototype introduced in 2015.

The powertrain is derived from the legendary Nissan GT-R, so it’s a 3.8-cylinder, twin-turbocharged six-cylinder that’s renowned for its reliability, ease of maintence, and great potential for performance improvements. Racing semi-automatic transmission will add to the driving pleasure. The maximum speed depends on the maximum speed that cars can develop while driving on the track. Bohemia reaches 305 kilometers per hour.

Next year, Praga will release the first ten copies of Bohemy. In the same year, the Czech brand will open its new representative office in England, where customers will have the opportunity to refine the car. Over the next four years, around 20 hypersport units will be handcrafted each time, which the company says will provide enough exclusivity for new owners. The car will be handed over to each customer directly on the track by a team of test drivers who will make sure that the customer is sufficiently familiar with all the information surrounding the car and its behavior both on the track and on the road, the company adds. .

The renewed Praga brand is primarily known as a go-kart manufacturer. The company produces up to 7,000 kart chassis every year, making it one of the most successful kart manufacturers in the world. Her next project, the Praga R1 racing car, has become a popular racing car in the UK, Europe and North America in recent years. Thanks to driver Alyoš Loprais and his team, Praga also participates in the famous Dakar Rally.