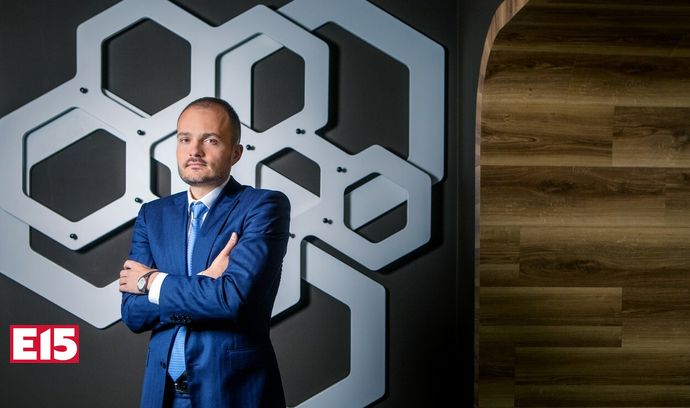 Czechoslovak Group owner Michal Strd will expand his business with small caliber ammunition on a global scale. He became the owner of a 70 percent stake in the Italian company Fiocchi Munizioni, which he bought from the investment group Charme Capital Partners. The parties did not disclose the price of the deal.

According to CSG, this is the largest fincial investment in the history of the holding and the Czech defense industry. Two years ago, Strd took control of Fábrica de Municiones de Grada (FMG), a Spanish heavy-caliber ammunition manufacturer, and also owns the Slovak MSM Group, which specializes in bullet casings. However, this is the production of ammunition for guns or tanks or the production of guided missiles. CSG enters the small caliber ammunition market for the first time.

“The acquisition of a controlling stake in Fiocchi Munizioni is an important milestone for the entire Czechoslovak group. We become the majority owner of a globally significant small caliber ammunition company that manufactures them in several important NATO countries,” said Strd.

The sales of the Italian company, focused on small-caliber ammunition for sports shooting and hunting and, to a lesser extent, for the security forces, exceed 380 million euros, which is about 9.1 billion crowns. That this is a significant investment from CSG’s point of view is shown by the Strd group’s sales last year, which reached $14.5 billion.

According to CSG board member Piotr Formanek, joining Fiocchi is the result of a long-term investment strategy. “We are interested in acquiring pro-Western companies that operate globally, have a strong product and market position and are one of the key areas of our group,” he added.

The purchase of a major ammunition company would create a new CSG division. “In the case of Fiocchi, this is the basis of a new division of our holding focused on small-caliber ammunition, which we called CSG Ammo+,” said David Shtepan, investment director for foreign projects of the group.

Fiocchi Munizioni, founded in 1876, is a global company with production facilities not only in Italy, but also in the UK and the USA. In the US, it has two offices in Little Rock, Arkansas and Ozark, Missouri. Its portfolio includes the brands Baschieri & Pellagri and Lyalvale Express.

The company manufactures a complete range of small caliber ammunition for pistols, revolvers, rifles and shotguns, covering the full range of civilian calibers at various price points, including so-called super-premium ammunition. Approximately 85 percent of production goes to the civilian market. Of these, half of sales are for sporting ammunition, and the other half for hunting. The remaining 15 percent of products are intended for law enforcement agencies.

Strd entered the high-caliber munitions segment as early as 2020 when it bought the Spanish FMG from the American conglomerate General Dymics Land Systems. “This is our first investment in Western Europe, and in a strategic business with the approval of the Spanish government. This is another milestone in the expansion of our group,” Strd said at the time.

CSG companies operate in the engineering, automotive, rail, aerospace and defense industries. The holding includes Tatra Trucks, which Strd co-owns with businessman René Matera, and Tatra Defense Vehicle, a subsidiary specializing in heavy ground vehicles for soldiers, such as Pandur transporters or Titus armored personnel carriers. CSG and its subsidiaries employ over 8,200 people.

Share
Facebook
Twitter
Pinterest
WhatsApp
Previous article
Huawei presents new Black Friday deals: up to 50% off
Next article
Does Vinny see ANYTHING? A real star on the edge of the ruler. Brazil’s clear goal is to win