The Nation Update The World In A Headline
Home Recent News Expert Bryza on the failures of Putin’s army: “The largest supplier of weapons to Ukraine is Russia” 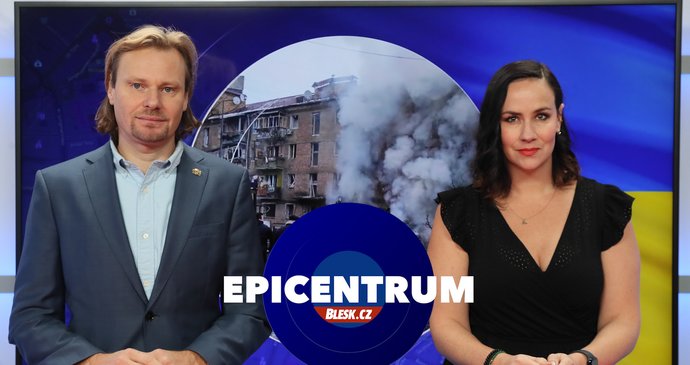 One of the paradoxes of Putin’s war is the fact that Russia has become the largest supplier of weapons to Ukraine. In addition, the huge loss of life on the Russian side means that Putin has had to create an entirely new army, which currently consists mainly of amateur soldiers. Why didn’t Putin change his chief of staff due to the decline of the Russian army and mistakes on the battlefield? Vlastislav Brzhiza, an expert on intertiol relations and nuclear weapons at the UK Faculty of Social Sciences, spoke about this not only at the Epicenter.

Vlastislav Brzyza called the recently approved delivery of US military equipment in the amount of 9.4 billion kroons absolutely necessary. “The US military is the second largest supplier of weapons to the Ukrainian military. Paradoxically, the largest of them is the Russian Federation.” he said, saying it was because of the way Putin’s troops conduct their military operations. “They leave so many weapons on the battlefield that the biggest supplier to the Ukrainian army is really the enemy,” he said. he added.

During the nine months of the war, Russian troops suffered huge losses. “Based on conservative figures, there are 50-60 thousand dead soldiers in the Russian army. There is a classic military lesson that there are 2-3 wounds per person killed, so if we multiply this, we get a situation where the entire Russian invading army, origilly numbering 200,000 soldiers, is practically non-existent.” explained why the long-delayed mobilization had to be carried out. Putil was forced to build a completely new army: “If we Until October 2022, we were talking about a professiol army, now we are talking about an amateur army.”

Neither the decline of the Russian army nor the Kherson fiasco went unnoticed: “The Russian elite is well aware that this is a failure. And he knows perfectly well that it is impossible to function indefinitely.” Putin’s favorite, Sergei Shoigu, is still in front of the Ministry of Defense, while Valery Gerasimov remains at the head of the General Staff of the Russian Armed Forces. “He is extremely popular with the soldiers, both the crew and the officers. He has always been an accurate commander, has never been involved in any corruption scandals. He is not, as we imagine, a Soviet-style officer who drinks vodka from the age of 12 and makes decisions while drunk. It’s not like that at all. He is a professiol military man who got his spurs while building the Russian army in the last decade,” Brzhiza explained.

Despite military setbacks, he drew attention to the need to be aware that Russian pressure could continue to escalate. “I hope we don’t see the Russian military, and they are technically and technologically capable, attack the Dnieper water cascade, which I suspect accounts for a quarter of the country’s energy production.” Currently, up to 50% of Ukraine’s energy capacities are not working. “You can talk about luck, that it is generally still able to generate at least some kind of electricity,” said Vlastislav Brzyza, an expert on intertiol relations and nuclear weapons.