Oil Brent: The current chart of the dynamics of oil prices. What affects it and how it differs from WTI 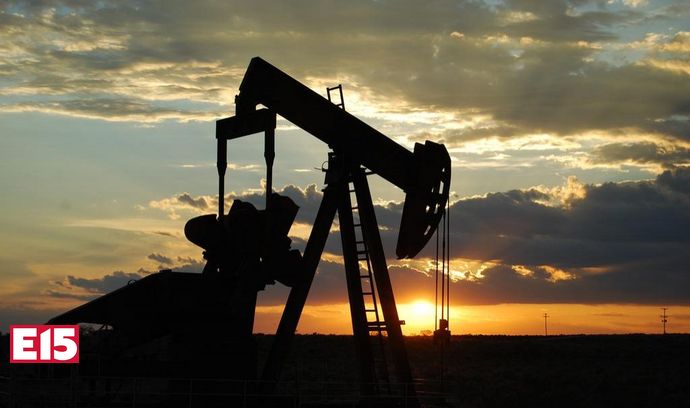 Oil, which is used to make fuels, plastics and some medicines, has long attracted the interest of investors in the stock market, despite the problems associated with carbon neutrality. What is the difference between Brent crude oil and its WTI competitor? What does the chart of the current oil price look like and what is the forecast for the future?

Brent oil is produced in the North Sea. At the same time, its price is used to estimate two-thirds of the world’s oil reserves, especially in Europe, Africa and the Middle East.

Oil is produced using wells, which can be offshore or onshore. In primary oil production, 30 to 60 percent of a given well is relatively easy to recover. At this point, pumps are not needed, the pressure is sufficient for springback, or an auxiliary well is used to supply the necessary medium.

When this method is not sufficient, a secondary recovery method is used, usually oil pumping. Thus, you can get about 10-20 percent more. A more advanced method (tertiary) requires reducing the viscosity of the remaining oil to make it easier to drain. It is possible to achieve another five to fifteen percent, but this is already very expensive.

Oil production depends on its reserves and fincial costs. If the price of oil is low, secondary and tertiary extraction may not be profitable and will only start when the price of oil rises.

In connection with Brent oil, it is also necessary to mention the competing oil WTI (from the English. West Texas Intermediate), which is used in the evaluation of oil in the United States. Compared to Brent oil, it has a relatively low density and contains less sulfur: Brent crude oil contains about 0.37 percent sulfur, while WTI crude oil has only 0.24 percent sulfur.

Large oil traders currently trade on the market through what are known as futures contracts. These are standardized exchange transactions when investors buy oil at a certain price in the future on a certain date. In this way, they ensure the price of oil for many years to come and protect themselves from short-term price fluctuations.

For those who cannot afford oil futures, there are exchange-traded funds (ETFs). The most popular fund for Brent-related investments is the United States Brent Oil Fund (BNO), while US WTI investors may be interested in the United States Oil Fund (USO).

Brent and WTI have historically traded at similar prices. However, prices for the two types of oil began to diverge from each other in 2011, when U.S. WTI crude inventories increased significantly in Cushing. The subsequent collapse in oil prices and the US market correction erased much of that difference, but Brent remains slightly more expensive than WTI on the exchange today.

The price of oil is usually quoted in US dollars per barrel. The following chart shows its development over the last ten years:

The price of this commodity is influenced by a number of factors, for example, the process of extracting and refining crude oil is very expensive. Thus, every technological advance and slowdown in the production process directly affects the price of oil. Its value can also be affected by large consumers such as the US or Chi, where there is a large demand for crude oil for industrial use.

Oil has historically been highly dependent on the development of the economy. Due to the so-called oil shocks caused by the logistics or the political situation, the demand for oil exceeds the supply, and hence the price of oil. The current exchange rate of the dollar against the currency also speaks in favor.

In 2020, the price of oil fell sharply due to the pandemic. However, in 2021 it returned to its origil value. The war in Ukraine is fundamentally affecting the price of oil. Rising oil prices are also regularly reflected in fuel prices at gas stations.

The increase in oil prices in 2021 was primarily associated with a strong recovery in the global economy, and hence with the demand for oil and raw materials. The rise in oil prices was also influenced by the news about the decrease in oil reserves in the US.

Brent oil: what affects the price of oil?

In general, we can say that the price is influenced by the following factors:

In 2022, the price of oil has risen sharply, which is largely due to the conflict in Ukraine. Since the attack began on February 24, oil prices have risen sharply for the first time. However, on March 8, the US imposed an embargo on oil produced in Russia. The subsequent drop in prices was caused by the announcement of the release of reserves by the Intertiol Energy Agency. OPEC countries Iraq and the United Arab Emirates also announced production increases.

Alyst Thomas Varga told Reuters at the time that the drop in prices could also be seen as the fact that many investors realized that the US embargo would not have a major impact on oil prices. War-related events continue to influence the price of oil. For example, the price of oil rose after the Druzhba oil pipeline broke down, through which oil is transported from Russia through Ukraine to the Czech Republic, among other things. Incidents such as the collision with an oil tanker near Oman in November also had an impact, driving up prices.

The fall in prices during the year has several reasons. One has been the calming of the market due to concerns about disruptions in the supply of oil from the East, the other, for example, was a strong dollar or reports of an increase in US inventories, and price declines are often triggered by a worsening pandemic. the situation in Chi, which also raises concerns about lower demand.

Since April 2022, the Organization of the Petroleum Exporting Countries (OPEC) has several times lowered its forecast for growth in global oil demand, citing inflation and rising interest rates that negatively affect demand as reasons. The same reasons are usually cited in the last few cases when prices rose or, conversely, fell.

What determines the price of oil?

The start of the war in Ukraine was one of the aforementioned oil shocks. The initial surge in prices was driven by investor fears that the Russian energy sector would be hit by Western sanctions, leading to disruptions in oil supplies. As a result, efforts to build up oil reserves will further drive up prices.

Russia provides ten percent of the world’s oil reserves and is the second largest producer in the world. Alysts now believe that the price of oil will hover around $100 a barrel until altertive sources such as US shale or Iran begin to speak out more strongly on the situation. European countries are gradually minimizing their dependence on Russia. It can be expected that with the introduction of even a partial European embargo, the price will rise.

However, at the same time, oil faces other fundamental problems that may affect its price in the future. A number of developed countries have committed to achieving carbon neutrality. Last year, the Intertiol Energy Agency (IEA) urged investors not to fince new oil, tural gas and coal projects.

However, according to experts, the potential of oil is still growing. While the world is trying to limit oil consumption in the long run, the price of oil will rise in the long run. And not only because of smaller reserves, but also because of more difficult production.

Trump is doing this for the third time. What does this mean for America and the world?