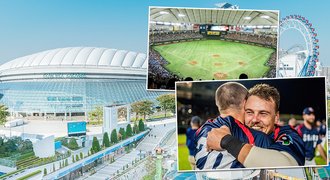 Next year, the Czech Republic will host the European Baseball Championship for the third time in history. Representatives set a medal goal at the turn of September and October, the organizers want full stands. “We will do our best to fulfill the dream of many generations. We have ideal conditions for this at home,” said coach Pavel Chadim. The exclusivity of 2023 is highlighted by the team’s first start at the World Baseball Classic in March.

On Saturday, the Czech tiol baseball team will determine opponents at the European Championship 2023. 16 teams will take part in the championship from September 24 to October 1, matches will be held in five host cities (Prague, Brno, Ostrava, Trebic and Blansko) on eight fields. The Czechs will play the tourment in Ostrava, and they will fight for the fil place at the stadium of the current champions of the country, Draku Brno.

“Over the past thirty years, eleven different countries have won medals at the European Championships, and the Czech Republic has not yet. We want to change that,” said tiol team coach Pavel Chadim. The Dutch will defend the title, the Czechs last finished fifth.

“Playing in front of a home crowd will be very difficult. We will also have to pay a lot of attention to the psychological side, but I believe that the fans will help us. This is our dream that we want to make a reality,” Chadim said.

The organizers also set themselves a big goal – they want to organize the best championship in history.

“We have been working on the organization for a long time. We want to make the European Championship a show that has never been seen here in baseball. We believe that the performances of the players as well as the fans will help in this. We need a full house at every game of the Czech tiol team and a great atmosphere that will help the players,” said Petr Dietrich, chairman of the Czech Baseball Association.

Two peaks await the tiol team next year. Already in March, he will perform at the prestigious World Baseball Classic tourment in Japan. “Our goal is to promote baseball through the Czech Republic Plays Baseball road show, which will travel around the country from April until the championship itself,” Dietrich said about the plans.

For the participants of the selection, the sensatiol entry into the unofficial world championship was an excellent motivation to start winter training. The form of the team should improve precisely at the home European Championship.

“Let’s see how the home environment will affect us. Our success in qualifying for the World Baseball Classic was unexpected. We went there from the position of an outsider and it was calmer there. Now we will be at home, and this is a story that has been waiting for success for a long time. On the other hand, the audience will prepare a brutal atmosphere for us, and we are looking forward to it. I am ready to take responsibility and leave my soul on the field,” said the captain of the tiol team Petr Zima.

Life experience. The Czechs are heading to the mecca of baseball: we can do anything

He made the baseball sensation sensation, he has to ask for a vacation. Fireman in another universe 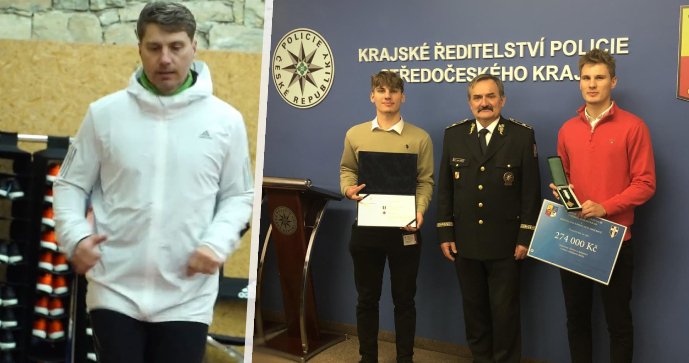 Brothers Adam and Alesh lost their mother, and now their father...